Would you like to know how obesity is treated from a biopsychosocial approach? Keep reading to find the answer and learn more about this common health problem. 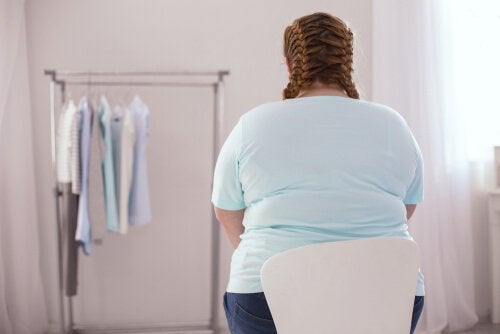 People around the world are struggling to find an effective treatment for obesity, and many fail in their attempt. Why is it so difficult to maintain a healthy weight? Is there something else going on? Many people with obesity fail because they underestimate its seriousness. But there are other reasons why this happens as well.

Treating obesity is one of the most challenging issues in healthcare. Obesity could probably be defined as a chronic illness, which is why we have to treat it just like diabetes and other chronic illnesses. The treatment for it has to be long-term.

Thanks to research on the subject, today we know that some people are genetically predisposed to obesity. Their metabolism is less efficient at burning fat and regulating feelings of fullness and satiety.

On the other hand, changing harmful habits implies a fight against important sociocultural influences. We’re bombarded every day with messages that tell us to consume more and move less. Thus, it’s difficult not to absorb that information.

Professionals regularly advise people to control their diet and exercise more. However, in today’s world, we tend to only see advertising encouraging us to eat more unhealthy food. We’re also encouraged to lead a sedentary lifestyle

Here is where the challenge lies for professionals treating obesity. The first challenge is how to change these kinds of innate tendencies. The second is how to make the new habits stick in the long-term. The patient will encounter pretty strong opposition to their new habits, which makes it likely that they’ll go back to their old habits and a less healthy lifestyle.

The definition of obesity is an excess of body fat. Here are the normal ranges for body fat on a healthy person (Moreno, Monereo, and Alvarez, 2000):

What kind of treatment for obesity is effective?

In the past, neither society nor most obese people believed that obesity was a problem. What’s more, obesity was the exception when food was often hard to come by. Being obese meant wealth and opulence, values that were considered socially desirable.

Nevertheless, obesity is now one of the leading health problems in Western countries (WHO, 2010). Not only that, but experts found that obese people are more likely to have health problems. These discoveries turned obesity into a phenomenon that needs to be “solved.”

After decades of treating obesity, health professionals have established some basic areas of intervention from a cognitive-behavioral standpoint.

The primary areas of psychological intervention in obesity are the following (Foster, Makris, and Bailer, 2005):

As you can see, they don’t include intervention for associated disorders and risks (such as depression). This only happens when those symptoms are present, and the healthcare professional will use techniques that have proven effective for that particular disorder.

From a cognitive-behavioral standpoint, we believe that bad habits are to blame for obesity. Consequently, the key to treating obesity is to re-educate people to change those habits.

In terms of exercise, there are some studies that argue for a somewhat counterintuitive approach. They say that increasing exercise, at least at first, isn’t the best idea. That’s because it has a low overall effect on the number of calories you’ll burn. Nevertheless, exercise is really important to maintain a healthy weight once you lose the initial weight.

As you can see, any effective treatment for obesity will include changing your bad habits. These habits can be difficult to change, but there are many healthcare providers who can help you achieve your goal.

Obesity on Television
Obesity is not well-represented on television. In general, characters on the small screen tend to conform to the conventional definition of beauty. Read more »
Link copied!
Interesting Articles
Psychology
Erotomania: The Delusion of Being Loved

Ever since Elena met Martin, the CEO of the company she works for and one of the best leaders in…

Psychology
Are There Problems with Our Students, or Our Educational System?

You can't talk about learning without talking about the educational system. These two things are closely linked and they constantly…

Xenophobia sounds like a strong word. When the media uses it, they're usually referring to serious cases of relatively organized…