I Don't Need Anyone Else's Permission 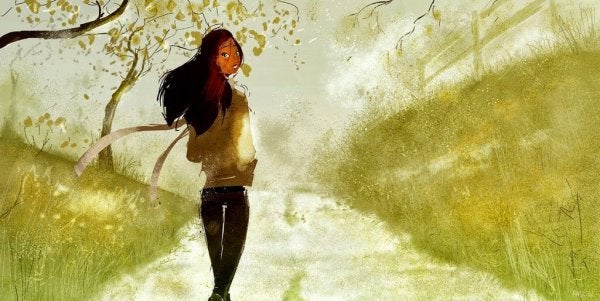 I’m tired of people telling me what to do, or worse, having the audacity to tell me whether what I do is good or bad. It also makes me angry when someone tries to tell me I should have done this, and I shouldn’t have done that. From now on, I’m going to allow myself to do what I need to without waiting for permission.

I think it’s very constructive when someone close to me tries to give me advice when I need help, or when they give me their opinion as long as they’re not trying to hurt me. But I will no longer let anyone judge me or decide how I must live my life, especially if they don’t know anything about it.

You can’t deny someone their autonomy

It’s easy to question other people’s choices, since everybody has their own unique way of being and acting. If anyone has ever told you that you’re special, they weren’t wrong. You are special for having your own particular way of seeing and interacting with the world.

“Respecting every person’s autonomy and dignity is an ethical imperative, not a favor that we can or can’t grant each other.”

I have my own likes and dislikes, personal experiences, and hierarchy of values, and they’re not any better or worse than anyone else’s. Nobody knows better what I’ve gone through, or what made me be or think this way instead of some other way, or how bad I feel when people criticize me for their own entertainment.

Nobody can deny me my autonomy, because we all have the right to be free, as long as we respect others. Every relationship, even the most cordial, is sustained through consideration and tolerance of other people’s decisions.

In other words, I share my life with people I like because of how they really are, and that is something that will never change. Those who love me know what I need, and they don’t pretend to have the power to give me permission to achieve it. I don’t need them to understand my motives, I just need them to respect them with love.

The price of trying

Of course I can make mistakes when I make decisions, but we’re all born with the possibility of making mistakes and the virtue of learning from them. I would rather pay the price of trying something instead of sitting there wishing I could do it, but not having someone else’s permission.

I’ve finally realized that I have the final say on how I explore the world. If I want to try something, I’m free to do it. That is, if I’m going to bear an emotional wound that will leave a mark on me forever, I want to be the only one responsible for it.

“Emotional wounds are the price that we all have to pay to be independent.”

If I don’t do it and let myself be persuaded by others, I may not ultimately suffer a wound, but I will suffer from regret. Every day I will regret not being brave enough to defend and fight for my interests.

Tomorrow, only I will feel the effects of what I do with my life

If you have firm values and ideas, fight for them. Let the judgement and criticism fall on deaf ears if they contribute nothing beneficial to you. In the end, the only way to give meaning to what you do is to act according to what you carry inside.

It’s true that in the moment, it hurts when someone interferes in things that are none of their business. But in the future, only you will remember the consequences of your actions. Other people will just tell you their opinion, judge you, and then forget.

“The right moment for starting on your next job is not tomorrow or next week; it is instanter, or in the American idiom, right now.”

We often use metaphors when trying to clear up aspects of our lives that are hidden or unresolved. Some new types of therapy, such as Acceptance and Commitment Therapy by Wilson and…

Wellness
If They Have Stopped Caring, Give Up

Give up on all of those situations that generate a discomfort within you. Give up on people that you have…

Psychology
Yoga And Depression: What Is Their Relationship?