Don't Let the Past Stop You from Starting New Relationships

Despite today's troubles, failures, memories, and life changes, we continue to look for a new partner. But why? Is there something inside us that makes us do it? Is it DNA, influences from society, or both? 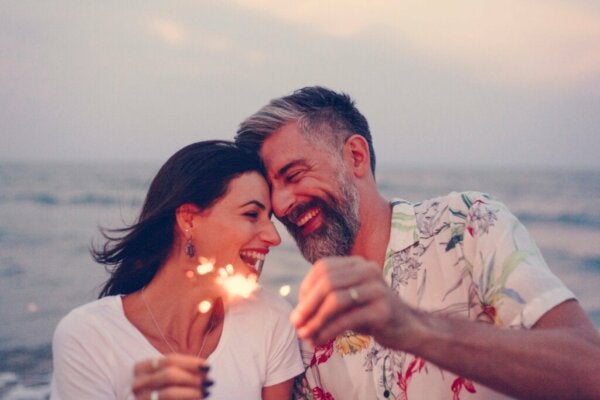 Despite failed relationships and disappointments we may have experienced in the past, human beings usually start looking for a new partner again, as if it were a fixed part of us. Is it due to biology or social culture? Have you ever thought about it? Let’s reflect on this thought below.

Throughout human history, there have been multiple (if not countless) changes in the way couples form and come together. This is one of the reasons why we know that couple dynamics today aren’t the same as they were 50 or even 100 years ago.

However, the changes haven’t been radical but rather gradual over time. Some movements and theories have greatly influenced the family unit.

After it emerged 50 years ago, post-modernism has brought instability and emotional insecurity and has shaken the very foundations of couples and families. All of this has happened within the positivist linear way of thinking.

Today, we can see the effects. It’s changing the way people think. As a result, people question current ideologies, social and family rules, beliefs, the way our lives are organized, the way truths are understood, objectivity, rationality, and reality.

For that reason, post-modernism not only led to a theoretical change but also changes in practical terms. In turn, this had varying effects on the structure of the family and couples.

When you think about the family unit or reflect on couples, you may ask questions such as: Where are these new trends leading? Where are we going? What’s the ideal I tend to have in mind when looking to start new relationships? What are some of the ways to find a partner in a post-modernist world?

The answers to all of these questions aren’t set in stone. Why? Because the concept of an ideal or typical couple is in constant movement, always changing.

Over the last 50 years, the concept of the ideal couple has changed considerably. The existence of divorce has created the possibility of two, three, or more partners over someone’s lifetime and has generated new kinds of families.

Today, there are new ideals for couples and families with various characteristics. For example, some couples don’t sleep in the same room but rather each person has their own room inside the same house. Some couples decide to have only a certain number of children. Of course, some single people can also choose to have children thanks to biotechnology, who don’t have to go through the process of finding a partner first.

In today’s society, sex isn’t necessarily linked to getting pregnant and to reproduction. Rather, contraception methods allow sex simply for pleasure. This has also inevitably led to changes in the purpose of finding a mate.

Nowadays, it’s common to see people who want to find a partner and find happiness but not just to be able to have children and create a family, but also to find love and have a satisfying sexual relationship. Thus, the desire for love and sex for sex’s sake has become more prominent in relationships.

As you might expect, all of these factors have made considerable structural changes in the way couples form.

Over the course of their life, human beings live through different experiences. For instance, as a couple, partners spend years together and make many memories.

The brain stores a large amount of information and selects what it’ll remember from all your experiences. That material is located in your memory (the responsibility of the hippocampus, which associates different aspects from your past and gives meaning to your current circumstances).

That’s why you always tend to remember the positive from the past instead of the negative. It’s as the popular saying goes, “The good old days”.

Living with a partner is a complex process that requires patience, generosity, tolerance, and adaptability, as well as love. Of course, love is partially the satisfaction of fantasies. However, living together implies hard work, learning to put up with one another, trying to combine two different personalities to live together, and if they agree, having sex together.

The changes that can affect couples over the years

The years go by and different situations come up. Maturity, domestic responsibilities, work issues, raising children… these are aspects that can gradually separate partners. Routine and fatigue can cool the sexual fervor of the first period of the relationship, decreasing sexual encounters.

Besides, youthful energy declines over time and many other issues can occupy the couple’s thoughts in such a way that, almost without realizing it, their desire for their mate progressively decreases.

There are many couples around who, although they live together, barely share a connection anymore, both sexually and in daily activities. They resign themselves to living a boring life and take refuge in outings with their grandchildren and other couples. This way, they have something of social life, but the cost is a strained relationship with one another.

Others choose to separate, but these separations are generally the result of not working hard enough to rekindle their relationship.

After so many years, experiences, and memories shared, do you still have the desire to keep living together?

If the couple decides to separate, they must bear in mind the fact that separation is a complex process. Different relationship complications can develop, such as alliances, coalitions, aggression, etc. Couples accumulate different problematic desires that can flare up in the aftermath of a separation, making it difficult to reach agreements.

Despite the problems surrounding separation or divorce, it may surprise you to know that approximately 80 percent of those separated remarry. Also, 60 percent of these new marriages include a child living with the new couple from a previous relationship.

These numbers indicate that issues from the past, although traumatic, don’t discourage people from trying to find a new partner and starting again. This also suggests that, despite potential problems, people tend to bet on being in a relationship. In other words, the expectations of finding new love triumph over past experiences in love.

In short, the past doesn’t necessarily prevent you from making new relationships.

Love-hate relationships aren't the exception to a rule. In fact, many people aren't willing to admit the percentage of love…

Here are some lessons on how to love. We decided to share them because love is an art that requires self-introspection and self-improvement, along with experience and goodwill. This is…