This article (that contains spoilers) discusses a delirious thriller, based on real events. This documentary series is about a psychopathic cat killer. Some Internet users have been monitoring and are trying to investigate him. 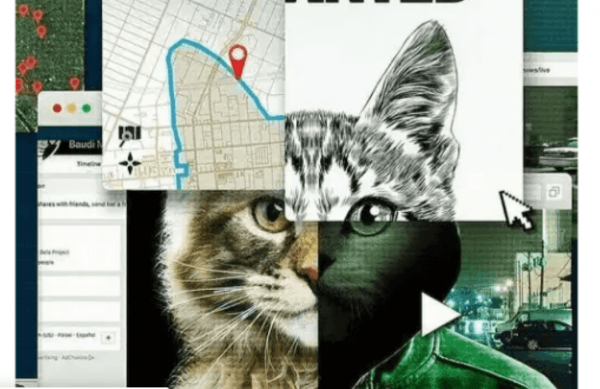 Don’t F**k with Cats: Hunting an Internet Killer is an appropriate title for this addictive thriller series. Once upon a time, there were some disturbing videos of cat abuse that put some Internet users on edge. Thus, they got together and began to investigate to try to find out who could be behind such abominable acts. In fact, their investigators might’ve found a lot more than the police.

This is based on real events. Just follow the story of Canadian killer Luka Magnotta, which tells how a group of Internet fans undertake a campaign to capture him.

“Humanity’s true moral test, its fundamental test, consists of its attitude towards those who are at its mercy: animals. And in this respect humankind has suffered a fundamental debacle, a debacle so fundamental that all others stem from it.”

Magnotta, born Eric Kirk Newman, is the son of teenage parents in Toronto. His parents separated and there are different and contradictory stories about his childhood.

Luka’s mother, Anna Yourkin, described her father as a “proud Nazi” and her husband as an abusive spouse. Luka’s father, who testified during his son’s trial, described himself as schizophrenic. He attributed the family abuse to his ex-wife, mother of Luka Magnotta.

Luka’s mother remarried and also described her new husband as an abusive man. Homeschooled through high school, Magnotta was the subject of severe harassment when he attended school. He actually dropped out before getting his diploma. In addition, he spent time in psychiatric hospitals and even lived in a group home.

During a hospital visit when he was still a teenager, Magnotta said he was experiencing hallucinations. Thus, doctors diagnosed him with paranoid schizophrenia.

What’s so surprising about this documentary series is it unfolds like a true thriller. It contains twists that no one will see coming as well as a cast of Internet heroes whose ingenuity will blow your mind. Also, there’s an assassin whose real identity will leave you stunned.

It all starts with Deanna Thompson, an internet-obsessed Las Vegas casino data analyst. In 2010 Deanna found a video entitled 1 boy, 2 kittens. The clip showed a young man in a hoodie killing two kittens and placing them in a vacuum-sealed bag.

Horrified by what she had just seen, she started an online protest and created a group to find the ruthless killer. Thanks to a Facebook group, she got in touch with John Green, a man from Los Angeles who was also outraged by the video.

This young man didn’t stop at publishing one video. He also fed a helpless cat to a python in his second one. After that, he published a third video of himself drowning newborn kittens. Deanna Thompson and John Green knew they had to arrest him before he moved on to his next victim, who could be a person.

Using technology such as Google Maps and the GPS data embedded in a photo, they finally found a name and a place: Luka Magnotta from Toronto, Canada. However, it was a race against the clock. This young man was ready to strike again and the police weren’t paying attention to the complaints of many Internet users.

An Internet killer – one lunatic, one ice pick

In 2012, Luka Magnotta brought Jun Lin, a Chinese engineering student, to his apartment in Montreal. There, Luka sexually assaulted, stabbed him several times, and then dismembered him. He actually ate some of his body parts in front of a camera. Then, he uploaded the video to the Internet.

Subsequently, the police found Jun Lin’s dismembered body, along with the various incriminating evidence. In addition, Magnotta sent the dead man’s hand and foot to the headquarters of the Conservative Party of Montreal.

How they finally stopped him is the plot of the series itself, which is why we’re not going to share it here. All we’re going to mention is the incredible courage and intelligence the Internet users resorted to.

Luka Magnotta claimed to be just a victim and said a stranger named Manny was behind it all. However, investigations didn’t confirm the existence of this man and they determined that Magnotta was responsible. In December 2014, he got a conviction of first-degree murder and the jury sentenced him to life in prison.

Magnotta is currently serving his prison sentence at Quebec’s Port-Cartier prison. In 2017, he married another convicted inmate, also a murderer.

In the Netflix series, police investigators and amateur web detectives theorize that Magnotta loved serial killers and movies such as Basic Instinct and American Psycho. The bottom line is he committed his crimes out of a perverse desire for notoriety and fame.

Doxing and the Threat of Revealing Personal Information
Doxing consists of using information available online about a person to create information profiles to harm that person. We can prevent this. Read on! Read more »
Link copied!
Interesting Articles
Cinema, Television, and Psychology
Maleficent: Rewriting History