Does the End of a Friendship Hurt As Much as a Breakup?

The end of a friendship that was important to you can hurt as much as a breakup. It means losing emotional support, laughter, and joy. Moving on can be a challenge. 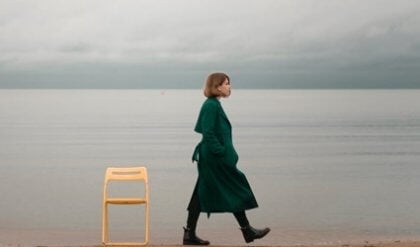 The end of a friendship can be intensely painful. While it’s true that losing a friend isn’t the same as ending a romantic relationship, it’s still a significant source of support, comfort, laughter, and shared experiences. Losing all of that is painful and comparable with what happens when you break up with someone. It’s almost like losing a part of yourself.

As much as you’d like to avoid it, pain and grief are a part of life. Not just the physical loss of experiencing the death of a loved one, but also the absences that come after a break-up or a rift with a close friend.

It’s common knowledge that humans are programmed to be empathetic and social. Consequently, we have the need for emotional attachments beyond the one you might have with your significant other. Friendships are priceless. They enrich your life and provide a shoulder to lean on and someone you can talk to. Good friendships are a source of positivity and reciprocity.

Unfortunately, not all friendships are forever. Sometimes, you just grow apart, seeing each other less and less frequently until you aren’t a part of each other’s lives anymore. This happens more often when you get older, as you get more selective in terms of what relationships you want to invest your time in.

In addition, studies like this one from the University of Oxford in England indicate that we prioritize quality over quantity starting at about age thirty. Even so, watching the distance grow between you and a once-beloved friend is painful. Just as painful (or possibly more so) than breaking up with a significant other.

“I’d rather walk with a friend in the dark than alone in the light.”

The end of a friendship is often unexpected

A study conducted by Dr. Laura Radaelli at Tel Aviv University reveals that people will never have enough information to help them determine who’ll be a true friend and who won’t.

In other words, it’s difficult to accept the uncertainty that comes from the fact that friends are fallible. Not only that, but, sometimes, the friendship that you believe you have with someone else doesn’t correspond to the “true” friendship they feel. That misconnection can cause a lot of suffering.

Why does the end of a friendship hurt so much?

The pain that the end of a friendship causes is directly proportional to how important that friendship was to you. Consequently, it doesn’t matter if you’ve been friends with the person since childhood or they’re a treasure that recently appeared in your life. Losing those connections is painful for the following reasons:

Last but not least, the end of a friendship can be traumatic because it feels like a betrayal of loyalty and trust. When you feel like someone breaks that trust, it takes a lot of time and work to move on. Finding out that someone you trusted shared private information with a third party, or feeling deceived or betrayed, leads to a sense of profound disappointment.

How to deal with the end of a friendship

As with any loss, the end of a friendship involves a period of grieving. You’ll often hear people say that friendships come and go, but some people leave more of a mark than others. If you have to face the end of an important friendship, try to focus on everything you’ve experienced and learned from that person. Prioritize the memory of the positive moments you shared together.

If you focus on disappointment and a sense of betrayal instead, it’ll be a lot harder to move on. Resentment is a very poor bedfellow. It limits you and leads you to put up walls instead of fostering new relationships.

Robert Louis Stevenson said that a friend is a gift you give yourself. He gave himself one in the writer Henry James. They only met in person two or three times over the course of their lives, but they continued writing letters to each other and supported themselves during difficult moments in their lives.

It isn’t always easy to trust new people in your life after a big disappointment. However, you can find good friends if you learn to trust others.

Is Your Friendship Worth Saving?
Some friendships can be damaging. This article gives guidelines to work out whether your friendship is actually worth bothering about. Read more »
Link copied!
Interesting Articles
Friendships
True Friendships Don't See Time or Distance

Passive-aggressive friends are bad company. Even so, it can be hard to leave them behind, to say goodbye, to tell them that they make everything difficult, that their friendship is painful,…