Do You Know What Spatial Intelligence is and How You Can Improve It? 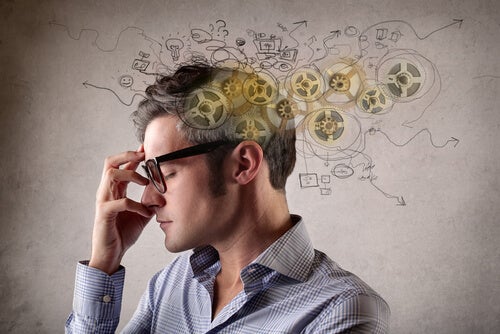 Spatial intelligence is a set of skills. It can be summarized as having the ability to accurately perceive the visual world, make changes and modifications to one’s own initial perceptions, and re-create aspects of one’s own visual experience.

In this regard, it’s called spatial intelligence because it’s involved in resolving spatial problems, whether real or imaginary. This type of intelligence is related to the person’s ability to “manage” elements such as colors, lines, shapes, figures, space and the relationship that exists between them. People with a spatial tendency tend to think about images and photographs, visualize them, design them, or draw them.

Howard Garner, a psychologist, researcher, and professor at Harvard University, defines spatial intelligence as the ability to think in three dimensions. This allows us to perceive external and internal images, recreate them, transform or modify them, thus decoding graphic information.

The importance and use of spatial intelligence

It’s really important to know how to locate ourselves in space. The first thing we always do is locate our spatial position to find out where we are in relation to other places (for example, in order to be able to go from one place to another). In other words, to move, we draw an imaginary vector from our own position to the objective.

We can also measure our spatial intelligence in tasks such as driving (especially in unfamiliar/unknown places) and parking a car, building a model, orienting ourselves, giving instructions to another person who sees things from another perspective, and using tools.

Spatial intelligence is also strongly involved in other less common activities such as creating things from materials or making a building plan. In this regard, both architects and sculptors tend to show a good level of this type of intelligence. However, it may be due to their constant and specialized training.

Human intelligence is much more than the intelligence quotient. The main problem with intelligence is that we don’t have a single definition for it, and above all, we don’t have instruments that agree on a way that we can measure it in a valid, useful, and predictive way. How can we assign numbers to humor, irony, and, even more, to the diverse and ever-changing capacity of the human being to respond creatively to the challenges that society and nature present?

“True intelligence operates silently. Stillness is where creativity and solutions to problems are found.”
-Eckhart Tolle-

How can we enhance spatial intelligence?

Hence, these exercises consist of tasks that involve spatial rotation, comparison of two objects placed in equal or similar positions, and also spatial attention to various stimuli. Each of us is born with a certain ability to develop this type of intelligence in a certain way and it’s in our hands to create that foundation.

However, the fact that spatial intelligence can be genetic in many ways doesn’t mean that our ability to enhance it should be overlooked.

On one hand, we can incorporate tasks that can stimulate our spacial capabilities. For example, driving vehicles regularly is an important way to develop spatial intelligence. While driving, you have to pay attention to a large number of elements in your environment, as well as the movements and the ratio of distances and sizes between objects (if we don’t want to crash, of course).

On the other hand, drawing and performing spatial activities, such as planning the best distribution for objects or people also involves using spatial intelligence, or playing games where you must use spatial capabilities also helps. In this regard, some well-known games for this are Rubik’s cubes and video games like Tetris.

Spatial Orientation: The GPS of the Brain
What we're going to do in this article is try to build a little framework the brain structures involved in spatial orientation, sort of like a mental GPS. Read more »
Link copied!
Interesting Articles
Culture
The Importance of Self-Love When Choosing a Romantic Partner