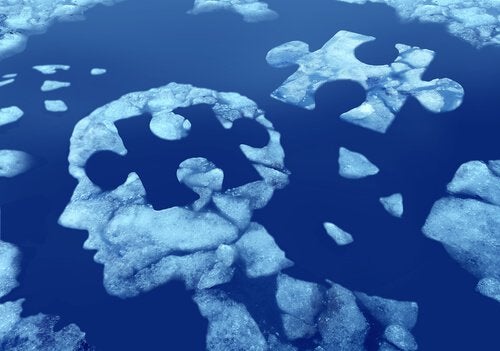 I am sure that you have at some point felt curious to know your level of intelligence. The most recent studies show that it is not necessary to fill out a complicated test to get a rough estimate of each person’s level of intelligence. Business Insider has come up with a compilation of various studies and arrived to the conclusion that there are 7 signs that make intelligent people stand out.

1. You are the oldest sibling

A study of military registers examined birth order and intelligence quotient. Nearly 250,000 men between the ages of 18 and 19 years old were analyzed, and it was determined that the firstborn child usually has an IQ of 103.

This data was compared with an IQ of 100 for the second-born children and 99 for the third-born, thereby confirming that the oldest siblings enjoy an advantage over their closest sibling in relation to their intelligence. Different hypotheses have been proposed to explain this result and one of the ones with the strongest support is that the firstborn children undergoes a greater demand from the novice parents. They prefer not to fall short in this sense rather than go too far.

This is the famous statement by Einstein, which many of us use when it is time to justify our disorganized personalities: “If a cluttered desk is a sign of a cluttered mind, of what, then, is an empty desk a sign?” Regardless of whether or not he really said this, it is true that science has already shown that being disorganized is not a negative thing and that it can even be a good sign of an intelligent person.

3. You had music lessons

Glenn Schellenberg did a study where he found that 6-year-old children who had nine months of voice and piano lessons enjoyed a higher IQ when compared to those who had only taken theater classes or simply did not take extra lessons.

There is also scientific data that confirms that verbal intelligence is greater among children between the ages of 4 and 6 years old who had music lessons for only a month. Verbal intelligence is the ability to use words effectively when writing and speaking. It includes a sensitive capacity for written and spoken language, the ability to learn new languages, communicate ideas, and achieve goals by using language skills.

4. You regularly suffer from anxiety

There are already many studies that corroborate the fact that an anxious person can have an above average intelligence in certain fields. A study of 126 students with bachelor’s degrees asked them to indicate the frequency with which they experienced worry and anxiety.

We are socially taught to perceive anxiety as a less-than-positive emotion or even a negative one in our daily lives, due to a lack of knowledge of it. I encourage you to look into the advantages of people who regularly suffer from anxiety.

5. You learned how to read at an early age

In 2012, an analysis was done on 2000 sets of twins in the United Kingdom, finding that the sibling who had learned to read first was more intelligent, as they received better results on tests of their cognitive capacity in general. The results suggested that learning how to read from an early age provides an increase in our verbal and non-verbal abilities.

Four hundred psychology students went through an intelligence test measuring their abstract reasoning and verbal intelligence. Afterwards, they were asked to come up with titles for a set of caricatures from the magazine New Yorker, being evaluated for their independent creativity. It was found that on average, the intelligent student was classified as being more fun.

Psychologist Kattia Morales, expert in family psychology, confirmed that “a sense of humor helps us all to have a better perception of life and to better face different situations. It is not a secret that laughter is a remedy and that it helps people to resolve problems in their relationships.”

Humor is part of our social intelligence, which allows us to relate to other people. Being fun allows us to adapt to life situations more effectively.

In 2014, a study that measured personality and intelligence was done with 600 university students. It was found that those who had a dog as a pet were much more extroverted than those who had cats.

But in addition, people with cats scored much higher on the indicators that are supposed to measure cognitive and learning ability. Maybe this is because cats are fantastic teachers!

Link copied!
Interesting Articles
Culture
6 Benefits of Having a Pet

We all know how unpleasant a headache can be. This discomfort can prevent us from carrying out day-to-day tasks effectively,…