Do you Know what Delirium really is? 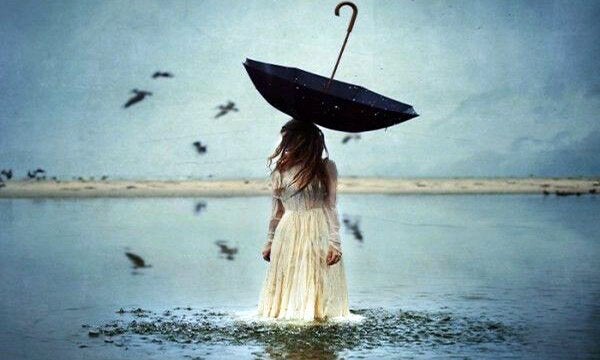 During the seventeenth century, the concept of madness was based on delusions more than anything else. Therefore, “being crazy” was equal to “having delusions” and vice versa. Nowadays, if we ask someone to describe their idea of a “madman”, they may say someone who thinks he is Napoleon or who claims to be persecuted by Martians. They have delirium.

In other words, although we have acquired a broader vision of mental problems, delirium continues to be part of the stereotype. Also, it remains one of the diagnostic criteria that most attracts attention. Etymologically, the word delirium derives from the Latin term “delirare”, which means to leave the furrow that has already been carved. Applied to thought, it would signify something like “thinking outside of the normal groove.”

In layman’s terms, delirium means “to rave, to have disturbed reasoning”. In everyday language, delirium is practically synonymous with madness, unreason, or loss of reality.

“A question that sometimes tortures me is: am I crazy, or are others crazy?”

The best known definition of delirium is that offered by Jaspers in his General Psychopathology (1975). For Jaspers, delusions are false judgements. They are characterized because the individual holds them with great conviction, so that they are not influenced by experience or evidence that would be irrefutable to most of us. In addition, their beliefs are often impossible.

To identify a delusion, we should take into account the degree to which the experience meets the following points:

In short, delusions are characterized as being conceptually very complex. Perhaps this is why it is so difficult to define them.

What types of delirium exist?

One of the aspects that researchers have worked hardest on is how to classify delusions. Thus, they have classified them based on the form the acquire and the content they contain.

Types of delusions according to form

From the point of view of form, the distinction that is made divides delusions into primary or “true” delusions and secondary delusions.

Primary or true delusions do not have their origin in a previous similar experience. That is, their origin cannot be clearly pointed out. They are important because, once they burst into the conscience of the individual, this will explain a good part of everything that has happened to him since the delirium started.

The person is often disturbingly aware that there has been a change in the meaning of his world. Everything seems changed, different. This turn leads to terrible feelings which are difficult to describe and even more difficult to explain. The explanation is usually not understandable to the average person.

“There is no great genius without a touch of madness.”

Four types of primary delusions have been postulated (Jaspers, 1975):

Secondary delusions are psychologically understandable. They occur as a result of the patient’s attempt to explain an abnormal experience.

For example, a patient just experienced a hallucination (he says he has heard a very deep voice that spoke to him as if he were his father). This experience is quite strange and anomalous. Thus, it is very likely that no one is surprised if the explanation that the patient gives for it is also strange and anomalous. He might say that this voice means that he has been chosen by God to save the world, for example.

The content of the delusions can be quite varied and there is a wide variety of categories in this type of classification. Here we will collect the most used classifications, as proposed by the DSM.

Delirium of being controlled

The subject believes that their feelings, impulses, thoughts, or actions are not their own. They are the product of some strange and irresistible force. For example, the person feels that they are receiving controlling messages through their television.

This category refers to the functioning of one’s body. For example, the patient may believe that their brain is rotten, or a woman may believe she is pregnant despite clear tests proving she is not, etc.

Patients with this type of delusion are convinced that their partner is unfaithful, in spite of having no evidence of such behavior.

“Any preponderance of fantasy over reason is a degree of madness.”

These delusions imply an exaggerated assessment of personal importance, power, knowledge, or identity. It can be of a religious, bodily, or other kind. An example is an individual who believes he is Napoleon Bonaparte.

The subject believes he has lost or will lose all or almost all of his material possessions.

The subject believes that events, objects, or people close to his environment have a particular and unusual sense, usually negative and pejorative. For example, a woman is convinced that radio programs are aimed at her.

A false belief whose content is clearly absurd and without a basis of any real possibility. For example, a man believes that, when his tonsils were removed as a child, he was fitted with a device on his head with wires through which he could hear the voice of the president.

This revolves around the existence of the self, of others, and of the world. For example “the world is over”, “I will never have a brain again”, or “I do not need to eat because I am empty”.

The central theme of these delusions is that the subject is attacked, harassed, deceived, persecuted, or the victim of a conspiracy. For example, a patient who believes he is being chased by the FBI.

The patient believes that important people in his life are being usurped by an imposter, even though they look the same as they always have.

Some interesting cases of delusions

The subject of delusions is quite spectacular and notorious. Due to their striking nature, they don’t often go unnoticed. Thus, there are some cases that have become national news. Here are a few examples:

The case of “Little Nicolas”

The young Francisco Nicolas Gomez Iglesias is on provisional liberty for posing as an advisor to the Government and the National Intelligence Center of Spain (NIC) with the use of false documentation. The forensic medical report, ordered by the judge under instruction number 24 of Madrid, states he has “a florid, delusional idea of greatness.”

The attempted murder of Ronald Reagan

Some believe that John Hinckley Jr.’s attempt to murder Ronald Reagan was due to an erotomaniac illusion or delusion of love. Hinckley believed that the death of the president would cause the actress Jodie Foster to publicly declare her love for Hinckley.

The world of cinema also reflects delusions, which appear in a multitude of films. Here are two of them:

In this film, a normal father begins to give in to the fear of a possible apocalypse without any rational explanation for this fear.

This film narrates the life of a North American family of settlers who moved to an isolated settlement in the forest to start a new life. The clash between the presence of a witch near the settlement and the strong religious faith of the family gradually gives rise to delusions.

As we have seen throughout this article, delirium is a complex mental construction that can encompasses several shared characteristics. On the other hand, delusions demonstrate the creative power of our mind and of its need to give coherence to the reality it perceives. Many delusions are the most plausible explanations that a person can find for their hallucinations.

Paranoid Schizophrenia: Definition, Causes and Treatment
Surely on more than one occasion you've heard someone say "they're paranoid". It is not uncommon for us to use the term "paranoid" for someone who things someone is following them, who wants to hurt them, who makes fun of them or who is against them. Read more »
Link copied!
Interesting Articles
Culture
The Harmful Effects of Sugar on the Brain

Many of you might have never heard of Soichiro Honda. But there aren't many people in the world who've never…