Do Men and Women Have Different Emotional Abilities?

Do men and women have different abilities when it comes to managing their emotions? Read on to discover the answer to this question! 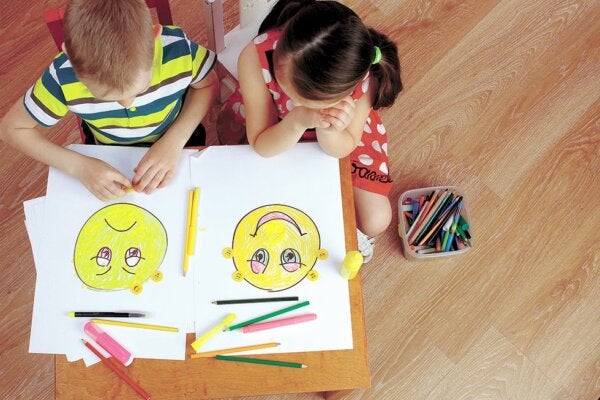 Most of us grew up hearing people say things such as “Boys don’t cry” or “You cry like a girl”. Or maybe when you were a kid, someone said to you “Those kinds of things are for boys. Don’t be a tomboy!” Or if you’re a boy, “Don’t be a sissy!” Those kinds of sentiments might be less common today, but they’re still said. Are we allowing children to naturally express their emotions? Are little girls better at expressing their feelings? Do men and women have different emotional abilities?

There are many opinions on the matter that are largely determined by society and culture, and plenty of studies have tried to answer these questions as well. Are men and women that emotionally different? And if they are, then why?

From the time you’re born, you learn to regulate your emotions based on the relationships you have with the people who take care of you. Their words, gestures, and voice serve as a model and enable your ability to identify emotions in yourself and others. Their example also teaches you how to express your feelings and build relationships with other people.

The things that you hear from a young age, such as, “Be a man” or “Don’t get hysterical” reflect a clear difference in gender roles. In other words, a difference in the behavior and emotions that you’re allowed to express based on whether you’re a girl or a boy. We’re talking about the behaviors that are expected and socially acceptable.

Consequently, from a very young age, you behave in a certain way and regulate your own character so you can fit in with the socially acceptable norms. In other words, your behavior changes so that others will validate and love you. So, there are strong cultural influences that result in boys and girls getting different messages about how to express and manage their emotions.

The messages in stories, jokes, games, and entertainment media (among other things) have a significant influence on the socialization of boys and girls. For example, words we use with girls tend to be more emotionally charged, and we talk to them about more sentimental subjects. There are studies that show that both mothers and fathers use a more emotional discourse with girls. Research also shows that, over the course of children’s development at school, boys become less expressive. The opposite is true for girls.

Also, girls grow up with more motivation to deal with their emotions and communicate them. Boys, on the other hand, don’t get as much emotional guidance and aren’t encouraged to express their feelings. As a result, boys tend to express and manage their emotional states through behavior. That behavior might include fights or other actions that they’ve learned in lieu of verbal tools that would help them communicate how they feel.

The problem is that the lack of emotional knowledge doesn’t just affect the individual psychology of males as children and into adulthood. It also affects their ability to understand and identify the emotional states of the people around them.

These facts are due to the biased differentiation that happens so early on in children’s lives in terms of their emotional education. It has nothing to do with biological differences in abilities between boys and girls. Studies show that boys with fathers who encourage emotional expression have the same skills as girls their age.

In their article “Emotional Intelligence and Gender: Beyond Sexual Differences”, Leire Gartzia and her colleagues argue that most of the studies on gender and emotional intelligence have focused on analyzing differences based on sex, instead of proposing less stereotyped gender identity references. Children have the right to express their emotions and relate to others in whatever way comes naturally to them. It shouldn’t matter what gender they identify with.

No one should ever punish or repress emotional expression in boys. While society encourages women to be emotionally expressive from the time they’re small, boys learn that it’s a sign of “weakness”. Or worse, a sign of “femininity”. Those kinds of lessons hinder their ability to develop an equally broad and nuanced emotional world. These kinds of distinctions between boys’ and girls’ emotions can cause repression and an inability to identify and verbalize emotions later on in life. That, in turn, leads to psychological suffering and relationship problems.

Real bonds, knowing our own minds, and shared emotions are what connect us in an authentic way.

Education is the key

No one doubts the value of formal education. The value we place on emotional education, then, should be just as high. As a culture, we want children to grow up in an intellectually stimulating environment. A very high value is placed on academic success. Unfortunately, no one pays much attention to children’s emotional intelligence and abilities. We tend to leave that to run its “natural” course.

Emotional learning, good or bad, starts from your first years of life. You accumulate and update your knowledge over the course of your life. When you’re a child, two primary environments offer an emotional education: family and school. The bad news is that, in formal educational settings, very little attention is given to children’s emotional intelligence.

An inability to manage emotions can take its toll. If you limit the emotional world of a male child, you’re limiting his emotional potential as an adult. So, the ability to develop and emotionally express yourself doesn’t have any genetic limitation. Men and women don’t have different emotional abilities. Expressing and feeling emotions are wonderful human abilities that allow us to enjoy our relationships and good mental health.

“It’s very important to understand that emotional intelligence is not the opposite of intelligence, it isn’t the triumph of heart over head – it’s the unique intersection of both.”