Did you Know that Each Type of Hug Has a Different Meaning? 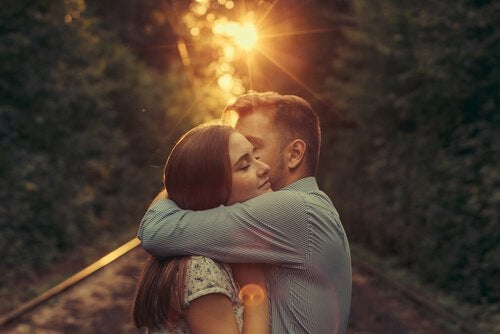 Edward Paul Abbey once said something beautiful: “I believe only in what I can touch, kiss or hug. The rest is merely smoke”. A hug can mean love, passion or even hatred. It’s an expression capable of representing an enormous range of emotions.

Hugging is a very important ritual, but it doesn’t always mean what we want, desire or dream. Actually, it is non-verbal language bound by the cultural norms of various societies.

A hug can be a little oasis of intimacy, a peace offering or even a gesture of falsehood and deceit.

Psychologists have designed a particular “hug classification”. In fact, there is more than one, but for this article we’re going to stick to the one by Arturo Torres. We think it’s the most complete version. What to hear about it? Well…here we go!

Torres talks about the influence hugging can have. This gesture has the power to leave a profound and indelible mark on our body.

But as we’ve already said, it all depends on the intention, on the people and feelings involved, just like with everything in life. Most important, the perception the person receiving the hug attributes to it.

Let’s start at the beginning. And the beginning, in this case, is the classic hug. Two people who wrap their arms around each other firmly, heads side-by-side.

Actually, this type of embrace is very intimate. The two chests touch, and the heads are very close together. They tend to last two or more seconds.

Thus, the ritual has a special charm. You’ve surely gotten a hug like this when saying goodbye to a loved one or when you reunited with them.

As the name says, these are associated with music. Usually, the music leads one of the people involved to hug the other person around the neck.

Then, the sounds transport the dancers to a romantic, magical world full of love, intimacy and beauty. Not even Dalma can sing better.

When a hug has visual contact, there is a special component to it. It’s simple, very intimate, with the two people touching foreheads. But the space left between the two chests is replaced by the closeness of the loving gaze.

“We were the hug of love that binds the sky with the earth.”
-Rosario Castellanos-

The Kind between Friends

Another classic type is the one that takes place between friends. They are two people without a special degree of trust or affection.

Just a few simple pats on the back for a job well done or some specific reason. However, the heads don’t come together, and the feelings involved are less intense.

The side hug is another example of simplicity and closeness at the same time. It’s when you put your arm around another person.

Its meaning can vary. It may an attempt at comfort, companionship, sympathy… love, tenderness, warmth…

Distant hugs lack intensity and the bodies stay separated. The waists are separate, and it really happens more out of obligation than out of real pleasure or desire.

It might be protocol or motivated by a temporal truce after an intense confrontation. It could mean faking tense politeness, simulating affection that doesn’t truly exist.

This is a hug that is very intense, but not exactly due to amorous passion. Instead, it’s motivated out of pure violence and aggressiveness.

It tends to be very tight. It may even cause the other person pain. These hugs happen during a fight or to separate an individual from a fight, for example.

“You hug everything, not being nor one nor all.”
–Proclo–

It’s a shame that hugging isn’t always a symbol of love and caring. Because the closeness felt towards a person due to such intimate physical contact shouldn’t ever be violent or false. However, despite the fact that this is oftentimes the case, hugs fortunately usually symbolize and create a space of intimacy and caring. Hugs make us feel warm and loved.
There Are Hugs That Give Us Chills and Recharge Our Hearts
Sometimes hugs can give us goosebumps, sometimes they recharge our hearts. They are given to us by the people who can heal our wounds with a gentle caress. Read more »
Link copied!
Interesting Articles
Wellness
My Mistake Wasn't Loving You, It Was the Expectations I Had

It's never a mistake to love someone, because the act of love is noble, pure, authentic, and instinctive. However, even…

Wellness
10 Ways to Get Toxic People Out of Your Head

Have you ever stopped to think about what someone has done or said that has left you wondering why? When…

Wellness
When You Have to Beg for Love, It's Not Really Love

When you have to beg for love, it's not really love, it's a lack of dignity and respect for yourself. Because when…

The 10-10-10 rule was designed to help people make tough decisions. We're talking about those decisions where, if you choose A…

Wellness
Routines Suffocate by Imprisoning Us in Our Fears