Read all about delusional disorder in this article! 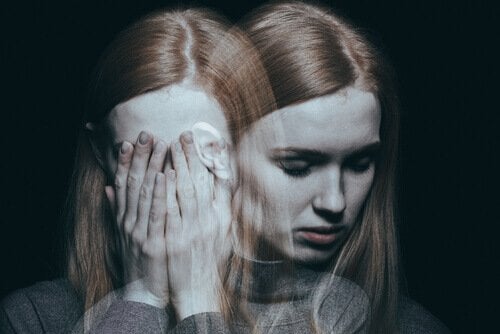 Delusional disorder is mainly characterized by at least one month of delusions. In the 17th century, the concept of insanity mostly referred to delusions. Consequently, being “insane” was the same as having delusions and vice-versa. But what exactly is a delusion?

The most well-known and most frequently cited definition can be found in Karl Jaspers’ General Psychopathology (1975). He described delusions as false and impossible beliefs that are held with an unshakable conviction that can’t be influenced by experience or evidence.

To identify a delusion, you have to consider the degree to which the experience meets the following criteria:

As you can see, delusions are conceptually complex. As a result, it’s difficult to make them fit into a single definition. Today, if you ask a random person on the street to describe an “insane” person, they’ll probably describe someone who believes they’re Napoleon or that aliens are out to get them.

What is delusional disorder?

When people think of delusions, they often think of schizophrenia. However, they’re two separate disorders.

A psychologist won’t diagnose a patient with delusional disorder if said individual has ever met the DSM-5 diagnostic criteria for schizophrenia. Aside from the direct impact of having delusions, the deterioration of psycho-social function might be more limited than in other psychotic disorders.

Someone with delusional disorder doesn’t behave in a strange or extravagant way. The DSM-5 also clarifies that the patients’ delusions can’t be attributed to side-effects of drug abuse (i.e. cocaine) or other medical conditions (for example, Alzheimer’s disease). Medical professionals also have to rule out other mental disorders that would better explain the symptoms (like body dysmorphic disorder or obsessive-compulsive disorder).

The Diagnostic and Statistical Manual of Mental Disorders (DSM-5) lays out the following diagnostic criteria for delusional disorder:

A. Presence of one or more delusions with a duration of one month or longer.

B. The diagnostic criteria for schizophrenia have never been met. Note: Hallucinations, if present, are not prominent and are clearly thematically related to the delusional theme (e.g., the sensation of being infected with insects is associated with the delusions of infestation).

C. Apart from the impact of the delusion(s) or its ramifications, patient functioning is not markedly impaired, and behavior is not obviously bizarre or odd.

D. If manic or major depressive episodes have occurred, these have been brief relative to the duration of the delusional symptoms.

E. The disturbance is not better explained by another mental disorder such as obsessive-compulsive disorder, and is not attributable to the physiological effects of a substance or medication or another systemic medical condition.

What kinds of delusions exist?

The DSM-5 also defines the types of existing delusions:

Delusional disorder is difficult to treat. Health professionals frequently prescribe anti-psychotic medication, anti-depressives, and mood-stabilizing drugs for psychotic disorders. Likewise, many professionals use psychological therapy to treat it. However, there’s still a lot of room for improvement.

Cyclothymic Disorder: Symptoms, Causes, and Treatment
Cyclothymic disorder, though not as well-known as bipolar disorder, has many of the same symptoms and is important to understand. Here are the basics about this disorder. Read more »
Link copied!
Interesting Articles
Clinical Psychology
Seven Ways to Deal with Post-Holiday Depression