Decoding the Fear of the Unknown

The fear of the unknown comes to the fore when we fail to decipher or decode a threat, simply because it's incomprehensible to us. It's important to work on the feeling of powerlessness that this produces and to adopt a more active state of mind in the face of fear. 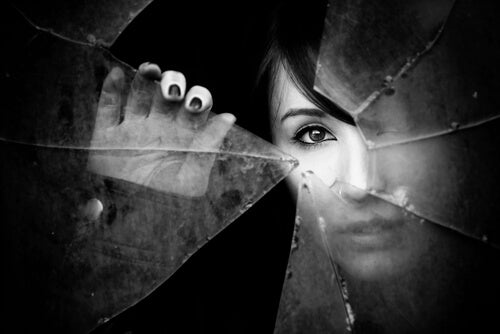 The concept of the fear of the unknown was studied by Sigmund Freud and has much to do with what the coronavirus pandemic has unleashed on the world. Many people have experienced anguish that they hadn’t felt since childhood. It’s a state of feeling vulnerable, and even helpless, in the face of some superior force.

This is a basic feeling that manifests when someone experiences the fear of the unknown: childlike distress. We feel anguish because it’s a fear that seems to close us in on all sides. It isn’t the same as a fear of something specific that we can identify but rather something unpredictable that comes with many shadows.

The pandemic has greatly limited our options to take action, just as when we were children. It has meant that we’re totally dependent on those who lead us, those who make decisions, and even on chance. We’re like barefooted children left to their own devices in a dark forest.

How does the fear of the unknown work?

Before Freud looked into it, the fear of the unknown was considered new and threatening, which produced terror simply because of the fact that it was unknown. The father of psychoanalysis turned this perspective on its head. He approached the subject using two concepts: the familiar and the strange.

The familiar is the things that are familiar to us and that give us a sense of security, as it’s part of our normal experience. People, situations, spaces, ideas, feelings, etc., are part of the environment that we can call “familiar”.

What we can define as strange, however, is what we find outside of the areas we move in. It’s not so much what we don’t know but rather what we don’t recognize. We know little or nothing about it. It’s not part of our daily lives, nor do we understand its logic or have any idea how to perceive or deal with it.

The dynamic between the familiar and the strange

For Freud, the fear of the unknown occurs when the familiar becomes strange or the strange becomes familiar. It’s not so much its newness that frightens us, but, rather, the transformation of something we considered familiar into something strange, and vice versa. It’s this passing from one to the other that gives rise to the anguish.

All horror films are based on that premise. Dracula is terrifying because he’s the same as any other human being, while, at the same time, is completely different. The fear increases markedly when that elegant count terribly transforms into an abominable monster.

If Dracula were a vampire all the time, we would certainly fear him, but in a different way; it wouldn’t be a fear of the unknown. We could simply avert our gaze, turn our backs, or remove him from our thoughts. But, as he both is and isn’t a monster, we end up being victims of the ambiguity of his being and, thus, enter into the realms of the fear of the unknown.

It also happens the other way around, when the strange becomes familiar. This is illustrated in some horror films, where the main character suddenly discovers that he’s in the midst of strange beings, even though he thought they were the same as him. In Rosemary’s Baby, for example, we can find this metamorphosis that leads to a fear of the unknown.

The pandemic and the fear of the unknown

The coronavirus pandemic has all the elements to be classified as the fear of the unknown. Suddenly, we started to see everything around us with suspicion.

The world we once moved in relatively carefree now hides dangers lurking almost anywhere. The people we once embraced are now a potential risk. The virus can be both everywhere and nowhere; the fear of the unknown increases due to the fact that we can’t see it.

In addition to this, not even trusted relatives or friends have the capacity to reduce the risk of this virus. What we do know is that its effects can be totally devastating and that our best option is to hide from it. What was familiar to us has now become strange. The virus, this stranger in our lives, now seems to be everywhere and is taking over everything we see and know.

Coping with the fear of the unknown

How can you cope with the fear of the unknown? The first thing is to objectively know the threat. In the case of the coronavirus, you must adhere to scientifically-proven information, mainly regarding the forms of contagion. If we all heed their advice, the sources of contagion will decrease. The crux of the matter lies in our close contact with people and objects. We need to be extremely careful in these situations.

It’s also worth remembering that, even though you may feel like a child, you’re actually an adult. Because of that, you have a margin of autonomy and options. And, however limited it may be, you have to use it and you need to decide how you’re going to manage your emotions and your new routine. You need to strengthen your heart and believe in the fact that, on both an individual level and as a species, we all have tools to protect ourselves.

The Most Common Fears in Children
It's normal for fears to be present in children, after all, fear is an emotion that could help them be cautious. But you can help your child feel safe. Read more »

Carl Rogers' humanist psycology was so well-respected that people in his time called it the quiet revolution. He brought his fundamental…