Daydreaming Can Make You Smarter

Daydreaming can help you experience freedom. Some studies show that this exercise can improve your mood and intellectual abilities, and possibly even influence your reality. 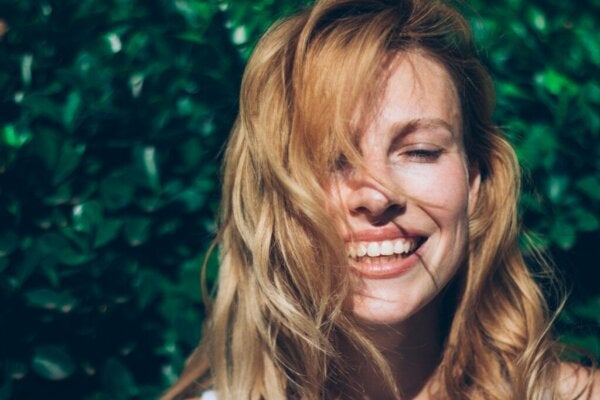 When you close your eyes and daydream, you can travel anywhere, achieve anything, and face any fear. But do these journeys serve any purpose? Research shows that this simple exercise, in addition to being a pleasant way to spend your time, can actually make you smarter.

In certain cultures and environments, imagination is practically forbidden. Daydreaming is seen as a waste of time, a useless way to expend energy. Today, we know that that isn’t true.

Many people believe that daydreaming is passive. It isn’t an activity. On the contrary, it inhibits real action. Again, this is a mistake. Scientists have discovered that imagination can be an important motivator for action. Interested? Let’s delve right in!

“Nothing makes time pass or shortens the way like a thought that absorbs in itself all the faculties of the one who’s thinking. External existence is then like a sleep of which this thought is the dream. Under its influence, time has no more measure, space has no more distance.”

The impact of daydreaming on memory

Psychologist Alan Pavio says that closing your eyes and visualizing ideas has a positive effect on your intellectual abilities. This Canadian expert, famous for his 70s studies on imagination, found that it’s easier for people to close their eyes and imagine concrete things, such as a flower or the sun.

On the other hand, it’s very difficult to imagine and remember abstract concepts, such as good, bad, happy, and balanced, among others. From these observations, he concluded that the concrete visualization of ideas helps enhance memory. In other words, converting your ideas into mental images helps us remember them better.

Neuroscientist Eleanor Maguire’s work supports this theory. Maguire, a professor at the University of London, studied the famous “memory athletes”. These are people who win contests because they’re able to remember an extraordinary amount of information. She discovered that nearly all of them use the mental visualization technique.

The power of imagination

Steve Kosslyn from Harvard University is another expert interested in the phenomenon of imagination or the creation of mental images of reality. His studies led him to conclude that, when you imagine an object, you activate two-thirds of the areas of the brain you activate when you see it in real life.

He also showed that imagining negative events emotionally affects people. For example, closing your eyes and daydreaming about a disaster causes fear and anxiety. That’s true even if you’re fully aware that what you’re imagining isn’t real.

The good thing is that the same goes for positive events. Closing your eyes and daydreaming about satisfying things you want to happen improves your mood and well-being. It helps reduce stress and promotes relaxation. It also contributes to productivity.

The more imaginative you are, the smarter you are

Other available data indicate that it’s possible to train your imagination to improve your memory and enhance your intellect. Experts believe that it’s one way to get smarter, improve your mood, and even be in better shape.

Neuroscientist Vinroth Ranganathan conducted a very interesting study along those lines. In 20o4, he showed that imagining that you’re flexing your muscle actually has a physical repercussion. Essentially, he showed that, after doing these mental exercises for a few weeks, participants had developed more strength in the muscles that they “exercised” mentally.

Also, he showed that, several months after suspending the training, the muscle had kept its strength. This suggests that, if you imagine a task repeatedly and over a long period of time, you can produce physiological changes in your body.

Daydreaming and letting your imagination run wild can be an excellent activity for your health and well-being. In fact, it’s something you might already be doing without even realizing it. Most of us imagine and visualize situations all the time.

The secret is to do it in a more conscious way and try to practice positive visualization. If you practice with intention, you can make daydreaming work to your advantage. In order words, use the broad potential of your imagination to be a better person.

As with any ability, this one requires practice. As Ranganathan said, it’s all about forming a concrete mental image and repeatedly daydreaming about it. Images of personal well-being, positive change, skill development, etc. Studies show that focusing on these ideas can help make them a reality. What are you waiting for? Put some of these techniques into practice today!

They Called Me Crazy for Dreaming While Awake
Dreaming while awake is to imagine a world we can create however we want. We are not crazy for dreaming. The madness lies in never dreaming. Read more »