David Eagleman and the Mystery of Consciousness

David Eagleman is a very unique neuroscientist. Unlike his colleagues, he doesn't like endless debates over small details; he prefers big data. He's also a great inventor. 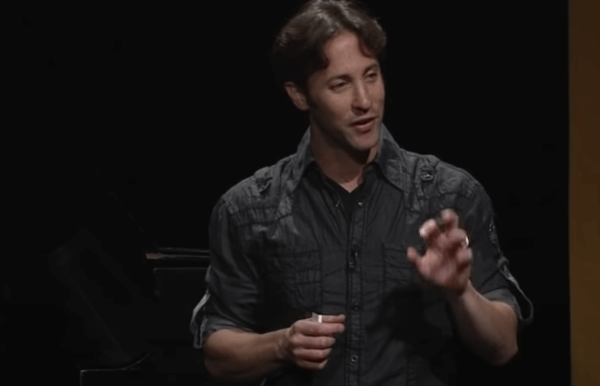 David Eagleman is one of the most popular neuroscientists. His television show, The Brain with David Eagleman, has millions of viewers. In fact, many people call him the “Carl Sagan of the brain” due to how he builds the link between knowledge and showmanship.

Regardless of his fame or popularity, David Eagleman has made interesting contributions to science. As a student of the brain, he focuses on questions about consciousness, a subject that’s very intriguing and fascinating to him. He’s actually provided paradoxical and interesting information in this regard.

David Eagleman says that consciousness is “the broom room in the mansion of the brain” and that it’s been too overrated. He agrees with Sigmund Freud and is a follower of his theory of the unconscious. After all, the unconscious is so much broader and goes much deeper than consciousness.

“It turns out your conscious mind — the part you think of as you — is really the smallest part of what’s happening in your brain, and usually the last one in line to find information.”

Consciousness remains a mysterious subject. David Eagleman points out something very interesting. He says that, when someone tries to understand it, it’s like a fish trying to understand life without water.

And it’s true. A lot of what happens in the brain goes on without us realizing it. That’s why, like most neuroscientists, David Eagleman doesn’t believe that there’s such a thing as “free will”. He believes that some parts of the brain are driven by others, which leads it to understand everything that happens from physical laws.

However, he keeps an open mind. He doesn’t rule out that there’s something incomprehensible to current science and that it corresponds to that space of freedom in the mind. Additionally, he states that emotions are highly complex phenomena and that they condition our definition of everything around us.

Although reason works with very specific information, emotion works with multiple data on a larger scale. Actually, he points out that optimal decisions are those that involve cognition and emotion. He even goes further by stating that reason alone can be dangerous, especially when making an analysis from a moral standpoint.

One of the most striking facts about David Eagleman is that he’s a great inventor. At one of his most memorable public expositions, during a TED Talk, the audience could see he was starting to speak and move in a slow manner. In the middle of the talk, he took off his shirt and the entire audience realized that he was wearing a waistcoat close to his skin.

Eagleman showed how everything he said was “simultaneously translated” into his brain. The words were converted into vibrations that circulated through his back through tiny motors. He compared this vibration system to that of a cell phone.

This way, the signals from his larynx when he spoke would convert into vibrations his skin could recognize, which were then transmitted to his brain. Consequently, the brain identified the sounds. What’s this all about? Basically, David Eagleman showed everyone how this vest made it possible for a deaf person to learn to hear.

After that conference, several companies became interested in the invention, so David Eagleman signed with one of them to study its mass production. It’s worth noting that the apparatus costs approximately 500 euros now. However, this isn’t the only invention that this neuroscientist has patented.

He created a device that allows to evaluate whether the players of any sport have suffered a concussion after a blow. This device works like a video game and is capable of evaluating 12 variables to issue a preliminary diagnosis.

Moreover, he designed another device that helps police determine whether someone has drunk alcohol or used drugs. Additionally, there’s one very audacious approach we must mention. Basically, he states that, in the future, legal trials should take neuroscience into account before issuing a verdict.

There are factors beyond the “free will” of the alleged offender. For example, according to him, people born in the 1960s in the United States are more likely to break the law. Why? Although no one knows, it’s a fact. He’s actually been doing research on this topic for several years now.

As of now, David Eagleman is working on a device related to schizophrenia. Fundamentally, schizophrenic patients could carry it in their pocket and it’d help them correct certain small errors of perception. If it succeeds, it’ll be a true revolution indeed.

“Instead of reality being passively recorded by the brain, it’s actively constructed by it.”

Consciousness From a Neuroscience Perspective
Consciousness has always been controversial and hard to research. And even though 20th century scientists made it even harder, it hasn't stopped us from making progress. Read more »

Brain delta waves are mysterious and fascinating. Grey Walter discovered they existed back in the early 20th century. These waves…

When people hear the word "dementia", they usually think about something that only affects older adults. However, there are several…