Being Congruent Means Being Honest With Yourself 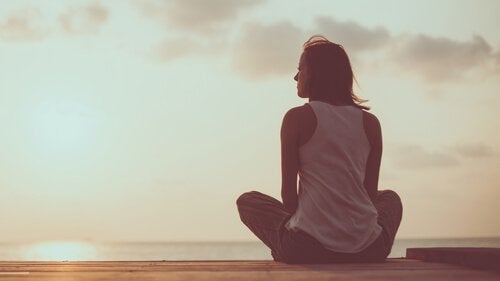 Surely many times you’ve heard people talk about congruence and what it means to be a congruent person. Or maybe you have heard the typical comment: “You’re incongruous! You say one thing and do another. Who could understand you?!”

Well, it seems that being congruent is tied to a certain transparency, internally as well as externally. Inner transparency refers to one a person maintains with themselves. And externally applies to how what someone projects about themselves really reflects who they are. You don’t show anything but what and who you are, without any camouflage or masks.

Instead, people who behave in an non-congruent manner are those who generate headaches, both for themselves as well as for the people around them. They stray from who they are, behave differently from how they feel or what they think.

Therefore, we could define congruence as that balance which exists between your most visceral state (your “gut”) and the externalization that you make of it in your behavior. Both verbally as well as non-verbally. That is to say, when one is congruent, what they feel and what they externalizes are in tune with each other.

“He who is authentic accepts the responsibility of being who they are. They acknowledge themselves as free to be who they are.”
-Jean Paul Sartre-

For example, if I feel betrayed by a friend, I won’t camouflage it or act as if nothing happened. I will reflect how I feel, since I have received a great deal of pain, and I would like them to see how they have made me feel. Thus, I will be congruent with my pain and my feelings.

Congruent people tend to evoke more trust from others, since they don’t show a side different than the one they are feeling. This type of person won’t put effort into pretending or disguising their inner state. They know how to listen to their feelings and are capable of accepting them, without fooling themselves or others.

Congruent people show themselves just as they are, without offering any nuances different to how they currently feel. They are brave people, since we live in a society which hasn’t taught us to show our feelings. Moreover, oftentimes we have been taught to hide our true emotions, to mask them or even cover them with other emotions that are better tolerated by society.

Sometimes covering up sadness with unmeasured joy… or using sadness in order to obtain that which we longed for but didn’t receive. Surely you may know someone who seemed to be very happy shortly after having suffered a loss. They aren’t allowing themselves to suffer through the loss because “they have to be strong” or because “no man is worth her tears”.

And when they need to cry, they will laugh. And every time they will be accumulating more weight on the real emotion they are experiencing. Covering it until there are no shreds of it left. This way, you turn into an expert in pretending and an amateur in letting yourself feel and simply be.

Congruence speaks of the correspondence between thoughts and actions

We’re also talking about congruence when we refer to that harmony that exists between our actions or behaviors and our way of thinking. Oftentimes, we have probably given ourselves away by behaving in a way which opposed our thoughts and values. This produces within us a mixture of strangeness and shame.

I brag about how tolerant and patient I am with others, but then I’m incapable of accepting other points of view aside from mine. Therefore, I probably have to reformulate this idea I have about myself. Because thinking that you are a certain way, but then actually behaving in a different manner produces a very unpleasant sensation. Hence, this lack of congruence tends to eliminate itself, be it in favor of one side or the other.

Thus, starting on the path of congruence is no laughing matter. It implies a pact of honesty with oneself, which is very important.

The problem with not being congruent resides above all in the lack of trust we end up generating in other people. It’s hard to trust someone who acts in a way that’s different to how he thinks. As it is difficult to trust someone who shows an image of themselves that is contrary to how they truly feel.

There are some very intuitive people who are capable of perceiving these dissonances, and can in turn perceive when someone is being congruent. And this is something worthy of being grateful for, because it’s easier and less reckless to be yourself with others who are also being themselves. People who aren’t using masks. This isn’t the case when you’re in the company of people who make you feel like you’re in a masquerade.

“Each one of us was put on this planet to discover their own path, and we will never be happy if we follow someone else’s.”
-James Van Praagh-

Due to all of this, it is very important to keep getting to know ourselves, fearlessly and without hesitation. We must observe what lies within our inner worlds. If we accept what and who we are, we won’t feel the need to hide or deny it. Realize that living with a mask is an exhausting experience, and it doesn’t allow you to create any authentic relationships with others.

Finding the balance between what one feels, thinks and does is a great achievement that will make our relationships more real and authentic. Starting with the relationship we maintain with ourselves, since we are the only life companions we will keep from the moment we are born to the day we die, whether we like it or not.

Ideally, a child comes into this world when it's called by the mind and the heart of it's parents. But many situations in life don't work out ideally. A great deal…

Psychology
I Like People Who Try to Understand Instead of Criticizing

Some people constantly criticize and stir up trouble. They continuously create negativity and talk about what for them are mistakes…

Psychology
What Makes Some People More Resilient than Others

Emotionally resilient people know how to handle tension more efficiently, and they recover more quickly from any challenges and crisis…