Communitas: Changes in the Liminal Space 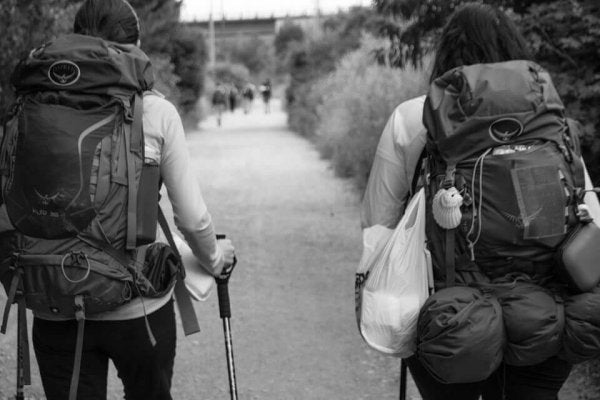 Anyone who has participated in a pilgrimage knows that it’s something special. However, they might not know about the concept of communitas. Walking with strangers and sharing a goal with them leads you to create special bonds. A destination, a shared path, and an unexpected affinity can be magical.

Anthropologist Victor Turner studied this phenomenon. He believed that pilgrimages could be divided into different stages. For him, pilgrimages involved leaving society and coming back a changed person. Turner believed that the most important part of a pilgrimage is the community it creates. He called this special relationship communitas.

Rites of passage are made up of three distinct phases that are connected in some way. These phases are separation, liminality, and reincorporation. In the first phase, separation, people separate from their social community. They leave their daily life, physically as well as symbolically. This phase consists of packing, saying goodbye, and doing research about the upcoming experience.

The second phase, liminality, is when you’re actually doing the pilgrimage. During this phase, participants distance themselves from normal notions of time and space. Time passes differently and you stop constantly checking it. You might walk slower to enjoy the landscape and the view. The present moment becomes more important than the future. During this phase, you share a common goal with other pilgrims. That goal might be to finish the pilgrimage or at least arrive at the next stop. These common goals lead to a shared identity.

The last phase is reincorporation. This is the end of the pilgrimage. It’s when you return home to your normal routine. Your journey has ended. Nevertheless, nothing is the same as it was before.

People who finish a pilgrimage tend to return home more relaxed. They often enjoy a new social status. They see routine and boring activities in a new light. The little things become more important and they enjoy their relationships with other people more.

What happens during pilgrimages that leads to this?

Of the three rites of passage phases, the second (liminality) is the most important. During this phase, something happens that changes you and the way you see the world. That something is communitas.

Communitas, according to Turner, is the spirit of community. It’s the feeling of social equality, solidarity, and union. Basically, it’s a human bond that consists of irrational egalitarian ties to other people. There is no reason for the other pilgrims to become your equals, but that’s exactly what ends up happening. In other situations, these same people would never become your friends. But here, they become more than friends. It doesn’t matter what you have in common in your regular life. The here and now is what matters. It’s precious.

Communitas is very intense. It heightens your senses and activates your intuition. Emotions run very high and what’s rational ceases to make sense. That being said, this is a temporary state and doesn’t tend to last very long.

Communitas can also destroy order. In this state where normal social rules don’t apply, you can end up in a chaotic state where destruction reigns. On the other hand, communitas can lead to creation. This liminal state can help create new rules and values or help you recover values that you had lost.

Turner differentiated between the different types of communitas: existential or spontaneous, normative, and ideological.

To summarize, voluntarily leaving your home, traveling to new lands, and experiencing new states of being leads you to communitas. Communitas overcomes the division between people and leads to social unification. If you’ve experienced this, you already know how amazing it is. If you haven’t, what are you waiting for?

Walking Helps Me Stop Worrying
Walking is one of the best things you can do to elevate your mood. Taking slow, quick, soft, hard, stiff, and flexible steps has helped to ease my worries Read more »
Link copied!
Interesting Articles
Culture
Coloring Away Stress: A New Way To Relax