Clever Hans, the Horse that Did Math

Clever Hans is a horse that was considered gifted at the beginning of the 20th century. Apparently, he had a prodigious memory and intelligence. Keep reading to learn more! 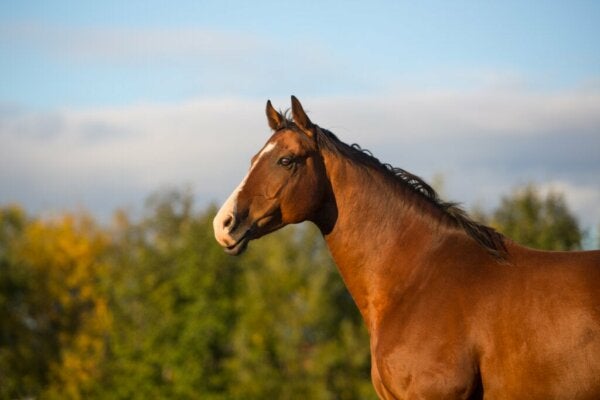 Clever Hans, also known as “Intelligent Hans”, is a famous horse that impressed German society at the beginning of the 20th century. This animal had a large number of public presentations where people would ask it to do mathematical operations, as well as other types of calculations. The most interesting fact about all is that the horse was always right.

Clever Hans’ fame spread outside the borders of Germany. In fact, many people in different parts of the entire planet talked about it nonstop. Everyone felt a deep fascination with this horse, which answered questions by raising its leg and hitting the ground.

Furthermore, the horse became so popular that several musicians wrote songs in its honor. An interesting fact is that Clever Hans became a hero to children. For that reason, toy companies also made toys in his image. Additionally, a liqueur was created with his name. And after deciphering its complex history, today, there’s something called “the Clever Hans effect”.

The origin of the Clever Hans story

It all started in the summer of 1904, in a small country house located north of Berlin, Germany. In that place, a rumor began to spread. Basically, a retired professor named Wilhelm von Osten had a horse that was more intelligent than many humans. To prove it, he periodically put on a show where the horse, in addition to trotting gracefully, also did sums. It could count people, tell time, and even memorized the annual calendar.

Hundreds of people attested to the skills of Clever Hans. Since it was unable to speak, it answered questions by tapping its paw on the ground or by tilting or shaking its head from side to side.

People would always ask the horse’s owner about the origin of its abilities. He’d always respond by saying that he’d raised it as one of his old students. He’d say that he’d used a blackboard to teach it to count. In this same way, he’d taught it to read. In addition, he was teaching it music with a harmonica.

While some people gave credit to the old master, certain scientists didn’t believe in Clever Hans’ remarkable intelligence. So much interest aroused the animal that some teachers formed “The Hans Commission”, a project at the University of Berlin meant to study the phenomenon.

Experts traveled to the country house and witnessed firsthand how great the animal’s abilities actually were. They then signed a letter, which included 13 rubrics, attesting to the horse’s skills and certifying that the teacher hadn’t given it any special indication that could mean cheating.

Wilhelm von Osten told them that he’d used a teaching method from a small nomadic ethnic group called the Khoekhoe, which lived in Africa. It’s safe to say that everyone was amazed. Actually, an expert pedagogue even said that Clever Hans was as smart as a 13 or 14-year-old boy.

Psychologist Carl Stumpf decided that the phenomenon was worth studying scientifically. For that reason, he asked his student Oskar Pfungst to examine the horse’s abilities in depth. The student personally did the tests and, almost by accident, noticed that, if he looked at the numbers, Clever was correct. But if he didn’t, the horse’s answer would be wrong.

Likewise, when the sum was whispered in his ear, the horse couldn’t do the operation. Pfungst then started getting suspicious and thought that Clever Hans was picking up some signs from the environment and that’s how he arrived at the correct answers in math operations. Later, through other experiments, the student discovered that Hans was able to “read” the attitude of humans, which was how he managed to always be correct.

The interrogators would emit small body signals. First off, they’d look at his paws when they waited for him to start counting, and then they’d tilt their body when it gave the correct answer. Basically, the questioner’s posture and expression would change and the horse knew that that was the signal to stop kicking the ground.

In brief, it was a case of conditioning. Furthermore, this piece of research revealed how the presence of the researcher can condition the responses of the sample. Today, this bias in experimentation is known as the Clever Hans effect, in memory of this beautiful animal.

The World’s Largest Experiment on Intelligence
More than 250,000 individuals have participated in the world's largest experiment on intelligence. Learn this article to learn more! Read more »

Link copied!
Interesting Articles
Curiosities
Why Do We Resist Living In The Moment?