Children Who Lie Need to Be Taught, Not Neglected 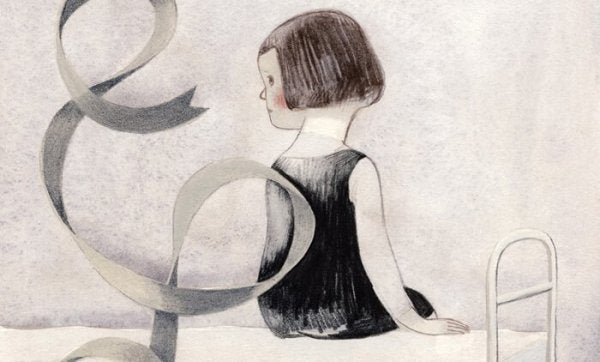 Every parent would like to know why children lie. Sometimes it’s as easy as trying to think like them. But are they aware of how serious it is? Do they know the difference between the type of lies they’re telling? We’re going to try to answer these questions in this article.

No, children who lie aren’t less loving than others. In fact, according to psychologist Victoria Talwar from McGill University in Canada, children don’t see lying as black and white. For them, the decision whether to tell the truth or lie depends on the consequences of the message, and more specifically on the damage it could cause them.

In other words, according to Talwar’s study, children will choose to tell the truth or lie depending on the punishment or damage it would cause. They don’t do it on purpose, they’re simply avoiding a negative situation.

However, when a parent lies to a child, the damage is much worse. When this occurs, the child feels betrayed.

The interesting thing about this study, which examined 100 children between the ages of 6 and 12 and their parents, is that parents tend to explain to their children that lying is bad. However, parents also lie, although they do it with good intentions, to make their children’s lives easier. But this confuses children, especially the younger ones.

Do children consider the motivation behind the lie?

In Talwar’s experiment, the children were shown various videos of situations in which someone got hurt. Sometimes it was because somebody lied and the person who told the truth was punished for it.

After they watched the video, the children were asked what they thought of each person’s actions. The researcher’s intention was to learn more about the children’s moral judgment of the situations they’d seen and in doing so, analyze each child’s stage of development in this respect.

The responses were quite varied and gave rise to different interpretations. Although there’s no specific age in which children start to distinguish right from wrong, they did observe some patterns:

What are children’s reasons for lying?

When a child lies, especially depending on their age, it shouldn’t be viewed as a betrayal or an act worthy of outrage. According to Alicia Banderas, author of the book Pequeños Tiranos (Little Tyrants), they do it mainly to avoid punishment. Other reasons could be that they’re embarrassed over having done something bad, or to enjoy an activity that they love but that they know is prohibited or restricted at the time.

Research says that children whose cognitive development is more advanced start to lie at only age 2. For the rest, it’s normal to start lying at about 3 or 4, and they do it in the same way that they dive into all other unexplored territory: through experimentation, trial and error, telling a lie and seeing where it goes and how dramatic the consequences are.

That being said, sometimes, and generally at a certain age, they might lie to brag about something, to protect their privacy, or simply out of pure desire.

Thus, we should be careful as parents when we lie to our children. If they find out you’re lying, they’re probably going to feel betrayed. And if you lie habitually, especially if you use it to manipulate them with promises that you don’t keep, the day will come when your word doesn’t mean anything to them.

So we’re left with the conclusion of Talwar’s study. Parents and caregivers should talk more with their children and explain the differences between truth and lies. As is usually the case, communication is the best solution.

Arie Kruglanski is a professor at the University of Maryland. Despite the fact that he was born in Poland, he…

Paul Ekman is an American psychologist (Washington, 1934) and an expert in the study of emotions and facial expressions. He's written more than 14 books and published nearly 200 articles over…

There are a million different kinds of body art. And there are as many places to put it as there…

Psychology
What is White Noise and Why Should We Listen to it?

Psychology
Parents and Children: The Imprint of Parental Abandonment

The imprint left in a child by the experience of being abandoned by a parent leaves a huge emotional gap. This…