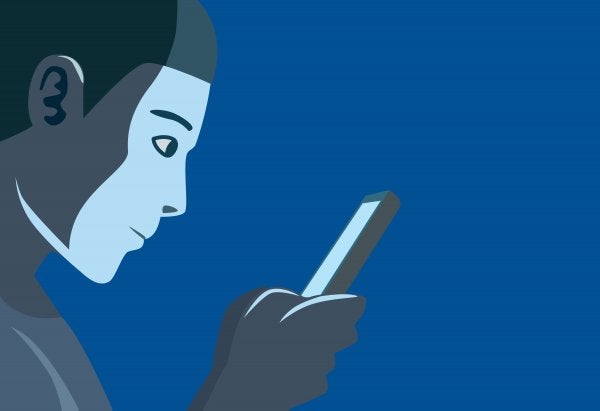 Lies in social networks, as in other areas of our lives, invade us constantly. In fact, there are several branches of science that explain the effect of lies in everyday communication.

Sociologists, anthropologists, psychologists, physicists, and mathematicians have all studied lies from their perspective. Specifically, they tried to understand what the purpose of lying in social media is and how these lies affect us. Furthermore, they studied the parts of the brain that participate in lying.

Mathematics and lies in social networks

Rafael A. Barrio of the Institute of Physics at the National Autonomous University of Mexico (UNAM) carried out an interesting study. It revealed that people lie in social networks as frequently as they do elsewhere.

This was an international study. The investigators applied a dynamic opinion model through a large telephone network that reached the entire European Economic Community. In particular, this study sought to examine the role that lies play in social networks.

Lies in social networks are something we’re almost used to. However, through this new mathematical model, it’s possible to determine why we lie.

This study, which analyzed the interactions between people, was carried out through a call system that reached seven million telephones.

The study highlighted that lies are substantial elements that maintain the essence of most relationships between people. “Although we’re taught as children that lying is bad and that we must be honest, we still learn to lie. Sometimes in sophisticated ways, but we do it constantly. Likewise, it’s something that other primates, like chimpanzees, also do,” said Barrio.

Types of lies in social networks

In their article, “Effects of Deception in Social Networks,” the authors of this study stated that there are two types of lies in social networks:

Studies carried out in the United States revealed that people can lie up to nine times in a half-hour conversation.

Among the conclusions published in the journal Proceedings of the Royal Society B: Biological Sciences, the investigators discovered that:

Why do we lie in social media?

With sociability comes deception. Our brain can handle more relationships with others through lies. If we’re honest all the time, our bonds with others wouldn’t be as strong. In other words, it’s like a technique that we use to relate to more people at the same time.

As time passes and the network takes the form of a balanced community structure, people don’t lie less. In fact, they lie more. However, it’s still true that the number of antisocial lies, which are detrimental, are decreasing.

If I lie, I don’t become isolated

People who are always honest risk becoming isolated since they’re more susceptible to hurting others with the truth. In particular, these people are characterized by being withdrawn from society and not having many friends. This is because they tend to say exactly what they think without fear.

Additionally, many people usually think that these people’s comments are inappropriate or uncomfortable. Therefore, being honest isn’t always the best idea from a social point of view. However, honest people have other people’s respect and trust, which is what makes it a virtue.

We can’t say that humans are liars. Rather, we lie sometimes because it’s convenient. The reason why we lie is that we’re social beings. Our societies consist of many groups of people with whom we interact constantly. Furthermore, we want to benefit from these groups as much as we can at both a social and emotional level.

Social networks have many pros and cons. The worst thing about them is that we hide so much of our true self that, in the end, we create false experiences.

I Like Social Networks, Not Fake Virtual Lives
Social networks are nothing more than an alternative channel of communication. They used for sharing information and interacting in a different way. Read more »
Link copied!
Interesting Articles
Stories and Reflections
The Main Lesson from the Orange Metaphor

Curiosities
The Levels of Consciousness and Their Colors

Ken Wilber is an American author who's focused his work and studies on philosophy, mysticism, ecology, and spiritual evolution. His…

Culture
How to Change a Habit in 6 Steps

Changing a habit is a real challenge, especially if it's deeply rooted. However, we can all identify a habit we'd…

Cats are wonderful animals. They love their independence but also enjoy being pampered. Some seem to hate the world, but…