Ferster considers depression the logical consequence of a loss of positive reinforcement. This article talks about certain aspects of his theory that will help you to understand depression better. 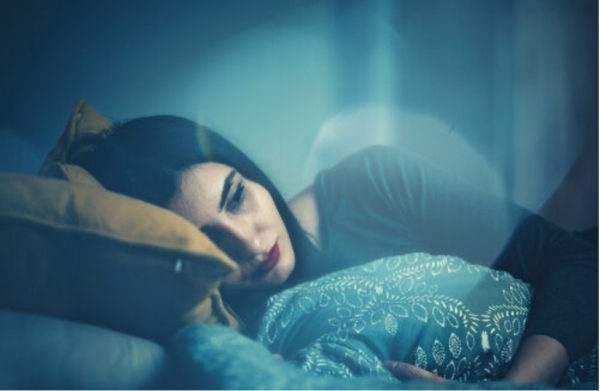 Depression is one of the most disabling psychological disorders. Although it might sound paradoxical, it’s also one of the most invisible. However, it doesn’t just mean you feel sad. In fact, its symptoms vary widely. For example, they could range from no longer enjoying your favorite activities to suffering extreme motor inhibition. Some patients even suffer physiological symptoms like anergia, lack of appetite, somatic symptoms, or insomnia. There are many theories concerning the diagnosis and treatment of depression. This article centers on a behavioral model of depression developed by Charles Ferster.

The scientific literature on this subject suggests different hypotheses. Some are purely biological and refer to the biochemical imbalance of certain neurotransmitters in the brain, like serotonin. Likewise, other hypotheses are environmentally or psychologically based.

Biological theories tend to only explain a minor percentage of depressive symptoms and types of depression. In addition, these particular theories don’t tend to acknowledge the part the patient could play in their own recovery. But thanks to these theories, anti-depressants exist.

However, we need more explanations, especially regarding patients taking responsibility for their disease and being able to help themselves.

Ferster developed his behavioral model in 1965. It explains how behaviors that are poorly reinforced by the environment, coupled with a patient’s avoidance or inhibition, can cause depression.

Charles Ferster was one of the first psychologists to study depression in a clinical and experimental framework. Later, more behavioral approaches were developed that originated from his work.

Ferster believed that, when faced with aversive stimuli, people exhibit excess avoidance or escapist behaviors. Thus, he identified four processes. These processes, which either occur on their own or together, explain the pathology of depression.

Unexpected, sudden, and rapid environmental changes. This means you lose sources of reinforcement or discriminative stimuli that you consider important. One example could be if you lose a partner. Because this relationship is, in itself, a source of reinforcement for you. Furthermore, you’ll have many other reinforcements in your life that are connected to that relationship. For example, you may have friends in common or share hobbies and children. Therefore, when you lose this single discriminative stimulus (your relationship), you stop doing activities you previously enjoyed doing together. This means that your positive reinforcement is reduced even further because you aren’t enjoying yourself anymore.

High-cost reinforcement programs where you have to change your behavior drastically to produce certain results. For example, you might spend a lot of time studying. However, in spite of your effort, you fail your tests. This could easily lead to apathy. Indeed, you might not even want to keep studying.

There’s an absence of behavioral repertoires that are blocked by pathological spirals. In addition, low positive reinforcements mean you won’t adapt to your environment. For example, you might be unsuccessful in your first attempts at finding a new partner. This means you might develop avoidance behaviors whenever you have a chance of meeting new people. Consequently, this means you’ll have fewer future opportunities to find anyone suitable. Furthermore, this reduction in opportunities means a lack of reinforcement. Thus, you’re stuck in a vicious cycle.

Depressed people’s limited observation repertoires mean that they distort reality. Furthermore, they tend to exhibit behaviors that are rarely reinforced. For example, if you move to another country, you must observe your new environment. Then, you must learn to adapt to it. If you don’t, it’ll be harder for you to get reinforcements that somehow “immunize” you against depression.

According to Ferster’s behavioral model of depression, depressive behaviors “encourage” you to avoid aversive stimuli. You also tend to avoid unpleasant situations that might further reduce positive reinforcements. You maintain these behaviors by negative reinforcement processes. In other words, you feel short-term relief when you avoid something that might be unpleasant (anticipation).

From this perspective, treating depression involves increasing the number of positive reinforcements you’re able to get from your environment. Furthermore, you need to decrease your avoidance behaviors towards any potentially reinforcing behaviors.

If you’re suffering from depression, even something as simple and enjoyable as meeting friends for a cup of coffee can be quite daunting. For this reason, your psychologist should tailor a positive reinforcement recovery plan for your needs. Indeed, the most important thing is that you don’t continue to lose any positive reinforcements, even if it means you progress slowly.

Research suggests that behavioral activation should always be chosen as the primary intervention for depression. You need to break the vicious cycle that, as a depressive patient, you find yourself stuck in. Thus, if you do different activities you’ll receive both reinforcement and satisfaction.

You should undertake behavioral activation as slowly as you feel you want to. Don’t set unrealistic goals that you won’t reach. Otherwise, you’ll feel even more hopeless and self-critical. Indeed, you must consider any step you take a great achievement.

A Behavioral Approach to Depression
Depression is an illness that affects the mind, but in most cases it develops due to a series of external events and is maintained through certain patterns Read more »
Link copied!
Interesting Articles
Behavioural Biology
The Neurobiology of Alcoholism