Cesare Borgia was the illegitimate son of Pope Alexander VI. He inspired Niccolò Machiavelli's The Prince. Later, the author's name became synonymous with a cunning, manipulative, and unscrupulous person. Why is the story of Cesare Borgia so fascinating? 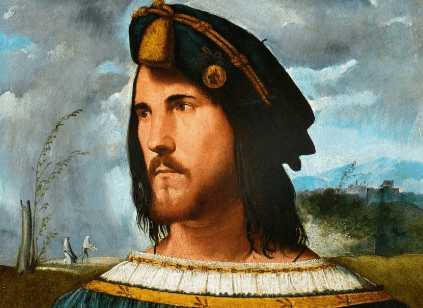 Cesare Borgia was a fascinating character. He was a boy raised to perpetuate the power of his ambitious father, Pope Alexander VI, and so was his sister, Lucrezia. His story is as fascinating as it is cruel and his life is a reflection of a family deeply involved in intrigue.

This is a saga of deeply corrupted people, murder, and the usurpation of power at any price, just like the environment and education that influenced Cesare Borgia. He was a brilliant student, meaning that his father’s macabre investment bore fruit. “The Prince” has gone down in history as a symbol of immorality, conspiracy, and boundless cruelty.

His father knew just how to mold his illegitimate son to perfection. In fact, he’s the inspiration of the character of Niccolò Machiavelli’s The Prince who, in turn, lend his name to those with a cunning, manipulative, and unscrupulous personality.

Today’s article will review Borgia’s life and Machiavelli’s work in order to finally understand how and why this story of betrayals, perfidies, crimes, and poisonings influenced psychology.

The early years of Cesare Borgia

He was the illegitimate son of a cardinal of Valencia, Rodrigo Borja, who later became Pope Alexander VI. He reached his position through nepotism and corruption. Cesare Borgia’s childhood was a constant lesson of intrigue, manipulation, alliances, and conspiracies.

Some of his biographers relate the machinations his father did to ensure his children’s loyalty. Among them, he instilled the habit of forcing his male children’s first sexual encounter with their sister Lucrezia. His defense for this incestuous practice was that the first sexual encounter determines a man’s sense of belonging and forges bonds that are difficult to break.

Cesare and his sister Lucrezia grew up in this environment. Their sexual encounter undoubtedly created a strange bond between them that ended up influencing their own destruction.

At the age of seventeen, he was the Bishop of Pamplona. At twenty, he was already Archbishop of Valencia. Cesare Borgia wasn’t going to be relegated to the ecclesiastical sphere, though. In fact, he was raised for politics and war. He quit his post as cardinal after the murder of his older brother, most likely committed by him.

The adult life of Cesare Borgia

Eventually and shortly after his brother’s death, he gathered an army of mercenaries. Leonardo da Vinci served there as an engineer. Cesare and his army advanced through the Italian states, increasing his power and extending his father’s domain. Their goal was to unify Italy under the command of the Borgia family.

His strategies either involved his sword or fraud. Also, he was as skilled at killing as he was at making friends and signing alliances. He murdered anyone he considered a threat, wrote new laws for his own benefit, and people either loved or hated him. He often covered his face with a mask that gave him a halo of mystery he really enjoyed. Some believe he actually did it to hide the traces that the many venereal diseases had left on his face.

After his father’s death by poisoning, Gonzalo Fernández de Córdoba, the Great Captain, arrested Borgia in Castelnuovo, Italy. Then, he took him to Spain where he imprisoned him in La Mota. Cesare escaped from the prison and fled to Navarre, the place where he died as a result of his combat wounds. His remains were buried in Viana.

A big part of The Prince by Niccolò Machiavelli takes after Cesare Borgia. In this work, Machiavelli idealizes him and uses him as an example as the ideal exercise of politics. An exercise that, according to Machiavelli, doesn’t have to respond to morality but only to the laws of power.

It seems that Cesare Borgia wasn’t the exclusive model of Machiavelli, but of other artists as well. For instance, Leonardo da Vinci used his face as a model when he painted his Christ. Furthermore, Michelangelo was jealous of da Vinci’s work. Thus, he used the same physical characteristics in his own version of Christ.

Machiavellianism and the dark triad of personality

Machiavellianism in psychology refers to a personality trait. It defines people who use others as a means to achieve their own ends. They have no problem manipulating and exploiting others at will to do so. Thus, the Machiavellian personality is manipulative and strategic and differs from narcissists or psychopaths in that it’s more withdrawn and cognitive than emotional.

However, as in most works of great thinkers, The Prince has been analyzed in many different ways. Thus, the version argued here is the most generalized but not the only possible one.

Various researchers have interpreted Machiavelli’s work. In fact, they’ve seen features that go beyond the traditional reading. As you can see, it’s a complex and interesting work you should read more than once. The idealized figure of Cesare Borgia is easily identifiable. However, carefully read the work and analyze it as much as possible.

People often use the terms narcissism, psychopathy, and Machiavellianism interchangeably because they have similar characteristics. The three personality types comprise the dark triad, a psychological concept that encompasses a set of shared traits such as self-centeredness, lack of empathy, and selfishness. A good way to understand Machiavellianism is, as we mentioned above, to go directly to the work that gave it its name.

Beyond The Prince, the figure of Cesare Borgia is truly fascinating. His story is a door to dark and secret worlds.

Machiavellian Intelligence: Definition and Characteristics
Does the end justify the means? Someone with Machiavellian intelligence would say yes. Let's take a closer look at this personality type. Read more »
Link copied!
Interesting Articles
Biographies
The Life of Caravaggio: A Contrast in Light and Shadow