The Favourite: A Royal Power Struggle

The Favourite isn't a typical period film; it's a film that draws on a historical fact and tells it from another perspective. By combining the story with a little imagination, it immerses us in palatial intrigues with perfectly-created characters of extremely complex depth. 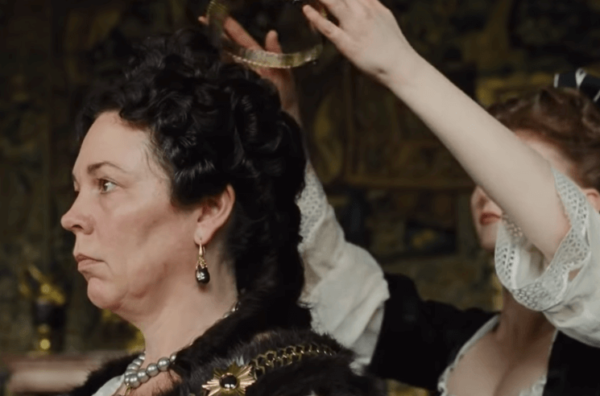 Greek filmmaker Yorgos Lanthimos’ latest film, The Favourite (2018), is full of palatial intrigue, power, and an impressive female presence. The opulence and excesses of 18th-century royalty perfectly combine with very 21st-century language. It’s a journey into the past that tells the story as Lanthimos wanted to.

In a far cry from other period films, which often have a rather serious and almost musty tone, Lanthimos dared to make a rather different film. It’s satirical, but not exempt from anachronisms that are broken by the burst of a clavichord, announcing the return to the palatial environment.

Abigail (Emma Stone), Sarah (Rachel Weisz), and Queen Anne (Olivia Colman) make up the central triangle of the plot. Three perfectly drawn, detailed, and immersive characters, embodied by three actresses who aren’t only up to the task but absolutely shine.

Queen Anne had a special friendship with Sarah Churchill, Duchess of Marlborough. The duchess became the queen’s right-hand woman and achieved great political importance. However, the Queen and Sarah were much more than good friends – they were lovers. Or at least they were until Sarah’s cousin Abigail Masham, in a desperate attempt to restore her social standing, takes Sarah’s place.

From this royal drama, Lanthimos builds The Favourite by imagining what life in the palace might’ve been like with the rivalry of these two cousins fighting over the Queen’s heart – or favor. What we see is a mockery of ancient values, and a spicy satire that dares to speak out and let the imagination run wild.

The director of Canino (2009) has already clearly shown that he likes to play with the bizarre, and even make the viewer uncomfortable. In The Favourite, there are no endearing characters, nor are there characters we can get attached to. There are simply passions, envy, lies, and a lot of ambition.

The Favourite, a caricature of a palace

The images and filming give the film a strong narrative. The fisheye camera lens deforms, to a certain extent, the areas, and, consequently, the reality of what we’re seeing. However, at the same time, it allows us to have a wider view of the ostentatious and excessive palace rooms.

Costumes and make-up play another fundamental role regarding the film’s visual aspects. The contrasts between the clothing and the rooms of the servants with those of the royalty serve to reaffirm the inequalities and help us understand the motivations of the main characters.

Abigail was a Lady, but she has lost everything. For that reason, she goes to the palace to seek the help of her cousin Sarah. She starts at the bottom but ends up getting very close to Queen Anne.

The Favourite says a lot with its aesthetics; everything works perfectly as a whole. The script and lighting are supported, in turn, by music that intensifies the moments of tension, accompanying what we see on screen at all times.

An aesthetic delight that, in some way, reminds us of the legendary Stanley Kubrick and, especially, of films like Barry Lyndon (Kubrick, 1975). Every small detail is taken care of, from photography to make-up. Every element adds to the strong narrative of the film.

The Favourite isn’t only purely visual. In fact, the characters also have great depth and interpretations to match their complexity.

In the midst of a plot filled with power and ambition, framed by certain political conflicts of the time, The Favourite also manages to create comedy. It’s a subtle, yet compelling, comedy that satirizes royalty and the excessive and frivolous image of the 18th century.

Here, we can include absolutely useless and bored monarchs whose only entertainment is watching a duck race or throwing fruit at a naked man. Men, unlike in other period films, are very much relegated to the background. They’re portrayed as rather useless men who live according to outward appearances.

The duplicity and pretenses of the era are unquestionable. The clothing and make-up look quite ridiculous, and the totally excessive sets remind us, time and again, who’s in charge.

Palace life attracted artists of all kinds who composed works, through music, painting, or theater, with the sole purpose of delighting the royalty, with these works and art being confined exclusively to the palace. The Favourite mocks all of this and uses sarcasm to ridicule monarchies.

The struggle for power

The love triangle that gives life to the film is also an arduous and vile struggle for power. A power that falls into the hands of women who aren’t satisfied with the role they’ve been given. A story about morality and corruption in which Lanthimos builds and destroys the image we have of the characters. You don’t get attached to any of them, but you don’t get to hate them either.

Queen Anne may seem like the epitome of despotism. However, in time, we discover that she’s in a deep state of depression. Not even power and luxury have made Anne happy. We see a sick woman whose sanity is falling apart; she’s terribly childish, without a shred of self-esteem.

Tragedy has struck Anne’s life all too often, and, somehow, we get to understand her attitude – even if her morality is dubious.

Sarah is the absolute antagonist, the character we just have to hate right from the start. Calculating, an opportunist, and absolutely manipulative, and yet, little by little, we even begin to pity her.

The opposite happens with young Abigail. After having lost everything, she has to experience the lowest rung of the ladder. We feel sorry for her and want her to succeed. We see her situation is unfair, until we discover the depth of her intentions, that is.

Does power corrupt? What depths is the human being capable of plunging into in order to achieve their purposes?

The Favourite doesn’t allow us to take sides. When we start to get to like a character, it suddenly shows us a less pleasant side to them. Because, when it comes down to it, in a world of inequalities, everyone wants to be on top. It doesn’t matter if you’re a man or a woman, the only thing that seems to matter is power and control.

Lanthimos takes his characters to extremes and unsuspected limits. The viewers have the keys; they get to know the ins and outs of the palace, discovering all the hypocrisy that runs through its rooms.

Metaphors take over the screen; everything is perfectly measured and calculated, even from the rabbits to the horses. Everything is perfectly planned so that, at the end, in a very powerful scene, The Favourite reminds us that there’ll always be someone above us. In the struggle for power, there’s no room for morality and there’ll always be someone to step on.

While a war is brewing beyond their borders, within the palace walls, a real power struggle is taking place – a war of passions and lies. The Favourite won awards at the Venice Film Festival and ten Oscar nominations in 2018, also winning seven awards at the BAFTAs.

Olivia Colman, Rachel Weisz, and Emma Stone are magnificent in their competition for the power and favor of the Queen. However, we shouldn’t underestimate the male performances either. In short, a display of ostentation, satire, and manipulation that creates a film that hooks you and then proceeds to mock and show the worst side of humanity.

The King’s Speech and communication disorders
The King's Speech is definetely an excelent piece of art that brings us closer to a forgotten problem in films: stuttering. Read more »
Link copied!
Interesting Articles
Cinema, Television, and Psychology
The Boy in the Striped Pajamas: Friendship Beyond Bars