Caresses Can't Be Eaten, but They Do Nourish 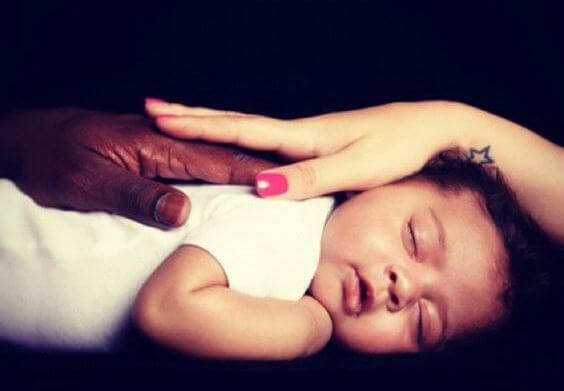 The modern world exposes us to difficult situations, especially since a large part of them are outside of our control. This is the case for unemployment, terrorist threats or climate change. Therefore, we need emotional stimuli that comfort us in increasingly cold and distant environments. We need touch…

This does not mean that what we need is a permanent list of tips on how to manage our feelings and emotions. Nor would it be best to find opportunities to distract us from daily difficulties and long term anxieties. Both are important -opportunities for distraction and advice – but they fall short if we only intend to feed our heart with them.

In fact, the kind of stimuli that help us stay strong are those that allow us to feel recognized and appreciated. Caresses are an essential nutrient that our mind needs to grow and to become more resistant to problems.

The world of caresses

The world of caresses is not only made up of physical touches (although they are a fundamental part). They are also words and affectionate gestures. There are looks and voices that caress with their warmth. There are words that serve as a stroke for the soul.

In fact, transpersonal psychology assumes that caresses can also be “negative”. These include insincere gestures and gestures of rejection or hostility.

At the opposite end of the world of caresses is total indifference. This refers to the ignorance of the other’s existence: an empty comparison that strips the person being ignored of emotions and feelings.

In any case, the caresses that are able to nourish and enrich are what we call a “genuine touch”. Those are the expressions that even animals are very receptive to. These small gestures make a single moment a special moment.

The hunger for caresses

Caresses are so important to the human being that a person can even get sick and die if they do not have at least a minimum number of caresses, especially in the early years. Not being caressed first saddens and then depresses. It depresses first and later kills.

In today’s world there seems to be a huge hunger for caresses, which is not entirely recognized consciously. This is clearly seen in the use of social networks, for example. Many individuals publish things, not so much to express what they think and feel, but to achieve that “like” that is comforting and validating.

All actions guided towards attracting the attention of others probably stem from a hunger for caresses. It is a way of shouting “I’m here.” It is a way of asking others to recognize our existence because ultimately we are evolved mammals that desperately need one another.

Caress and be caressed

Not all of us know how to caress nor do we all allow ourselves to be caressed. In fact, there are few who are well-trained in this particular art. The question then is: why, if we all need touch, do some stand in the way of making this happen?

There is one answer: fear. It is fear that leads us to raise large barriers in front of others. To show that we are fully autonomous and independent beings even though we ardently yearn to have close ties with others.

The idea that the ideal lies in total independence and the lack of conditioning by others is constantly promoted. The truth is that the idea has caught on so much that many struggle daily to realize this fantasy as if the struggle to defend independence could be sustained forever in that “contradicting” characteristic of adolescents.

But as the saying goes, they become “oaks that first break rather than bend”. While this can be seen as a great virtue in certain areas, the fact is that the emotional price paid is very high.

Truly strong people are not born of harsh treatment or independence at any cost. On the contrary, one who has an environment generous with its caresses certainly has more emotional resources to face adversity. Caressing and being caressed is a resource that elevates and makes our existence happier.

The Power of Touch

It's not that there is a group of wise women and another group of dumb women. Every woman, and every human being really, holds within her the seed of wisdom.…

Psychology
When Loneliness Is a Wall You Can't Knock Down