Carer Syndrome and its Collateral Damage 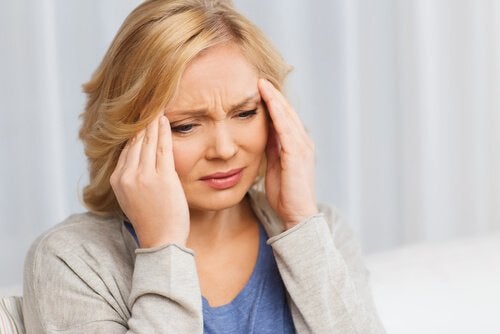 How would you like to have a job that takes up 24 hours of every day of the year? This is the case for many adults who have to care for another person who is dependent. However, this role, under certain circumstances, can give rise to something by the name of carer syndrome.

The constant attention that the carer has to give the dependent person can generate times of considerable stress. This is one of main effects of carer syndrome, and it can  damage the provision of help on an ongoing basis.

It is a disorder that, although not very well known, has multiple symptoms and very serious consequences, both physically and psychologically. It has many similar characteristics to burnout syndrome or stress at work. The equivalent syndrome in workers in the health sector is called compassion fatigue.

These people tend to be in charge of others who need constant help. The syndrome shows itself in adults who have to care for others who have some degree of neurological or psychiatric impairment. Patients with advanced Alzheimer’s, for example, require this dedication and continued supervision.

One of the main characteristics of carer syndrome is mental and physical exhaustion in the carers. Such is their exhaustion, that it seriously affects their psychological and social physical capacities.. In addition, if the carer and patient live under the same roof, the burnout is faster and more serious. This is because it becomes virtually impossible not to make the caring the center of your life.

Generally, a person does not voluntarily become a carer. In the vast majority of cases, this role is usually enforced by the different circumstances of each person or family. These adults suddenly find themselves with an extra “load” that they weren’t at all expecting.

Some people are more equipped to face this new situation than others, and carry it out more naturally. Others don’t have so many resources. They find themselves immersed, right from the beginning, in a challenge that they consider as almost impossible. They feel totally overwhelmed by it all, and see their new role as unbearable and burdensome. Like a cross they feel they have to carry, but one which will totally exhaust them. In both cases, the dependent becomes the center of their new life. Eventually they will go on to consume most of their time and energy.

No one is prepared, physically or psychologically, to live 24 hours a day with a person who is progressively deteriorating.

Caring for someone without rest is a process of attrition. But it becomes even more difficult if you have to sacrifice yourself into the bargain. In most cases the carer has to gradually get used to the new tasks that they have acquired. They have to create a new routine in which the person under their care becomes their priority. Bit by bit the carer stops having time for themselves. They puts their independence to one side, and sacrifices their needs and desires.

Their free time gradually diminishes and they give up all their hobbies and pastimes. Their time for leisure activities is sacrificed in order to preserve family relationships. In addition to this, the carer’s circle of friends gets smaller and smaller. This, of course, is due to them spending less and less time with them.  They can end up becoming completely isolated from the outside world.

The family relationships can sometimes suffer, as a result of a new person forming part of the household. New conflicts often arise as a result of this. Irritability starts to pervade the house, and arguments increase. There are also new tasks that people have to carry out. This often doesn’t please everyone in the household.

Regarding work, there may be an increase in absenteeism. They may start to neglect their duties, or even give up their job. As a result of this, the financial situation worsens. This can trigger a  physical and mental overload in addition to the already difficult situation.

Far from diminishing, the pressure and continuous struggle increase on a day to day basis. It becomes more and more difficult for the carer to deal with their newly acquired role with freshness and enthusiasm. The carer begins to suffer from chronic fatigue, insomnia, and mood swings. This gives rise to feelings of constant sadness, anxiety and worry.

The changes that occur in the life of the carer are varied. It can affect them in both short, medium and long term.

The caring becomes a routine that the carer is immersed in, without them paying due attention to what they are doing. Stress, anguish, fatigue and exhaustion ensue. This is the typical scenario in which carer syndrome can develop. Irritability and impatience increase, as does lack of motivation, and even violence.

As a result, a series of negative attitudes and feelings may start to be directed at the dependent person. The caregiver may even reject the person who is dependent on them. You will now see how important it is to prevent the onset of carer syndrome. Not only because it affects the carer negatively, but also because it can diminish the dependent person’s quality of life.

This double effect must be remedied. You should seek help from experienced professionals to start with. You should also give priority to seeking support for all the tasks involved in caring for the dependent person. Both the carer and the dependent person are just as important as each other. Because of this the needs of both should be taken into account for a satisfactory solution to the situation.

If They Have Stopped Caring, Give Up
Give up on all of those situations that generate a discomfort within you. Give up on people that you have stopped mattering to. Giving up is difficult. Read more »
Link copied!
Interesting Articles
Wellness
Some Breakups Teach You What You Don't Want to Know About Love

Today I have the feeling that you no longer love me, but I am also aware that this has been…

I don't know when I started to lose you, or how it happened. All I feel is your absence and the related stir…

Love is never lost or forgotten, it is kept in our heart. And it is always there, even if we are not thinking about it, even if we cover our…

Wellness
Ask for What You Deserve...What You Need Will Follow

Attain what you deserve and what you need will follow. Have you ever thought about this simple equation? There's nothing…

Wellness
It Is Best Not to Linger Where You Cannot Love