Cabin Fever: Fear of Going Out After Home Confinement

Many people are experiencing fear and anguish as the lockdown restrictions are being lifted. So much so, that some will prefer to stay home. This psychological phenomenon is known as cabin fever. In this article, we'll explain it and share some keys to face it. 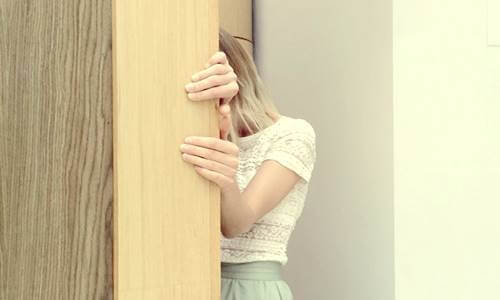 Fear of going back out on the street. Anxiety about resuming our obligations. Feeling that we have everything we need at home, that it doesn’t matter if the confinement extends a few more weeks. This type of psychological reality defines what’s known as “cabin fever” in psychology. Curiously, it’s affecting many people.

You might be surprised at what we’re going to tell you. Who isn’t going to want contact with the outside world again, with the buzzing streets, the sunlight, and the relief that our towns and cities will give us?

Well, evidence states that hundreds of men and women either already have or will experience anguish on having to leave the safety of their home and spend time in the outside world again.

Firstly, we need to clarify that this is a normal sensation. We’re not talking here about any sort of psychological disorder. The simple fact of having spent many weeks in confinement accustoms our brain to the security that we find within the four walls of our home.

To that, we must add another factor: the coronavirus hasn’t disappeared. The risk of infection is still present and it’s quite understandable that the fear of contagion will increase the insecurity and anguish of going outside even more.

Cabin fever is a type of experience that psychologists have known about since the beginning of the 20th century. Let’s delve deeper into it.

Cabin fever was first clinically described in 1900. Many hunters or gold diggers in the northern United States used to spend months in their cabins taking advantage of certain times in the year to carry out their activities.

Isolation often took its toll on them in many ways. For example, refusal to return to civilization, distrust of contact with other people, and increased stress and anxiety, among others.

This type of symptomatology was also quite common among staff who used to care for lighthouses before they were automated.

These days, and given the confined situation we’re experiencing, psychologists have started to look at the cabin fever phenomenon again. They want to understand this reality that many people are experiencing in a better way.

What are the symptoms of cabin fever?

One of the most common characteristics of this syndrome is lethargy. Feeling tired, leg and arm numbness, taking long naps, and even difficulty getting up in the morning are all very common.

The symptoms of cabin fever are manifesting more than you’d think at the moment. So much so, that Peking University developed a scale to assess the incidence of this factor among the population.

Be that as it may, one thing is clear. Experiencing this phenomenon isn’t pleasant. And, to make things worse, those who suffer from it constantly hear the voices of those who are desperate to be able to get back to their normal lives. Thus, it’s important to understand and respect those who, for the time being, aren’t really looking forward to setting foot outside.

If this is you, here is some advice that we hope will help.

Give yourself time, as what you’re feeling is understandable

We pointed this out at the beginning. Cabin fever isn’t a psychological disorder. It simply describes a completely normal emotional situation that manifests after having been confined for several weeks.

Thus, don’t further feed your fears and anxieties by imagining that you’re losing control of the situation. What you’re experiencing is understandable.

The key is to give yourself time. You don’t have to go out if you don’t want to. You can start by taking small steps. For example, today, you can simply try opening your front door without going out. Tomorrow, try to take a few steps outside your door. After that, try to go for a walk.

The brain needs routines in order to manage time, feel safe, and avoid having to think excessively. To help reduce the effect of cabin fever, you should reduce your rest time. Avoid spending too much time in bed or taking naps.

Design a routine and stick to it. In this routine, you should:

Seek help if you need it

If you’re feeling increasingly terrified of going out, then it’s important to ask for help. If you find that it’s impossible for you to cross the threshold of your home or the simple act of visualizing yourself on the streets makes you anxious, then perhaps it’s time to seek professional help.

We’re facing a new situation. Thus, in the coming months, many psychological challenges will arise. We must be prepared for this, be sensitive and humane to each other, and be closer to others so that, together, we’ll be able to cope much better with this situation. Asking for professional help when you need it is always a valuable resource you can resort to.