The Bystander Effect: When Nobody Helps Someone in Need 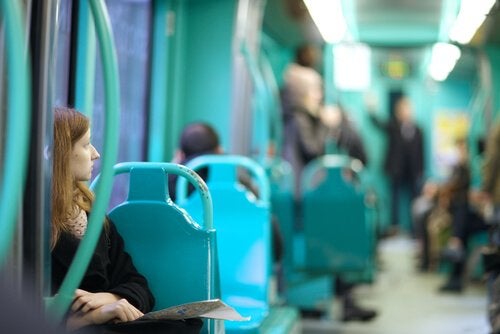 Several years ago, a young woman was stabbed in the middle of a street in a residential area in New York. The young woman died as a result of her wounds. Even though this doesn’t happen very often, the news didn’t get a lot of attention. However, what did get the attention of the press shortly afterward was the so-called bystander effect.

What happened? Well, the flip side of the case is that at least 38 witnesses witnessed the murder and none of them intervened to try to prevent it. The murderer took more than half an hour to kill a young woman named Kitty Genovese. The unbelievable thing about this case is that nobody helped the young woman. None of the 38 witnesses even called the police. They all observed, but no one helped.

When people started to look for reasons why they didn’t help, phrases such as “decadent morals”, “dehumanization in an urban environment”, “alienation”, and “existential despair” were heard. However, other factors were overlooked at the time.

This case clearly illustrates the phenomenon called “the bystander effect“. The bystander effect, or diffusion of responsibility, refers to cases where people who witness a crime don’t offer any form of assistance to the victims when there are others present.

Social psychology has studied this phenomenon widely. It’s a psychological phenomenon that shows that it’s less likely for someone to intervene in an emergency situation when there are more people around them.

Why didn’t anyone help Kitty Genovese?

A person who witnesses an emergency situation such as a stabbing or an attempted murder is in conflict. There are ethical and moral rules which say they should help the victim. However, there are also rational and irrational fears about what might happen to the person who helps.

Behind all this is the fear of physical harm, having to take part in police proceedings, the embarrassment of other people watching you, and other unknown dangers. All of these factors contribute to the likelihood that no one will intervene.

Let’s talk about the factor of being in the presence of other bystanders. In the case of young Kitty Genovese, each bystander knew that there were other people watching the terrible crime. However, no one knew how the others were reacting.

In this way, the responsibility to help is spread out among all the observers. They all share the guilt for not intervening and they may even have thought that someone must have already tried to help or called the police.

If there’s an emergency and only one bystander is present, then there’s only one person who can help. Yes, they could choose not to help, but the pressure to intervene is solely on them. However, when several bystanders are present, they share that pressure. What usually ends up happening is that nobody helps.

Another reason is that the potential guilt is shared among all the observers. There’s evidence to show that an individual’s moral behavior isn’t separate from their thoughts of punishment or personal reward.

It’s reasonable to assume that in circumstances where a group of people share the responsibility, the punishment or individual guilt is small or non-existent. The logic is that “Anyone could have acted, so I am not to blame for not having helped”.

Maybe someone has already helped anyway

When there are other people present in an emergency situation, their behavior or reactions often can’t be observed. If this is the case, then any one of them could assume that one of the others is bound to be taking action already, that someone must be helping in some way.

This also dilutes the personal responsibility because they may think their help will be unnecessary or even detrimental. Therefore, in a situation where there are bystanders whose behavior can’t be observed, each one can rationalize their lack of action because “Someone else must be solving the problem”.

The more people there are, the less likely it’ll be that someone will help

This research leads us to the conclusion that the more bystanders there are, the less likely it’ll be that any of them will provide assistance. If they do help, then they will be far slower to come to the person’s aid. The bystander effect is a sad, cruel reality of life.

How can we prove this theory? Well, to begin, an emergency situation should be created artificially. Each person involved should have no communication with the others so that they won’t be able to guess their behavior.

Finally, the experiment should allow us to evaluate the speed of the people’s reactions throughout the emergency. Some past experiments have already proven this theory.

The bystander effect in our society

We can find the bystander effect in many situations in our daily lives. Sadly, the phenomenon of school bullying is now very much in the spotlight. Why don’t people help the person who’s being bullied? The bystander effect could at least partly explain this situation, as one of the factors involved is the silence of those observing.

People are more likely not to help in emergency situations if there are several people witnessing the event. There’s a shared responsibility among all the bystanders. Sadly, there are several factors that explain this phenomenon. When we act as just one part of a social group, rather than as an individual, it’s very difficult for us to be of any help to anyone. We should be influencers instead of being influenced by those around us.

Psychology
How to Cope with the Death of a Child

What I'd like people to understand about losing a child is that no one is prepared for it. That's why…

Psychology
Adjustment Disorder: Do You Get Overwhelmed by Problems?

After going through some kind of problem (losing your job, a serious illness, divorce, financial issues, etc.) you may feel…