Bullying: The Worst Part is They Should've Known 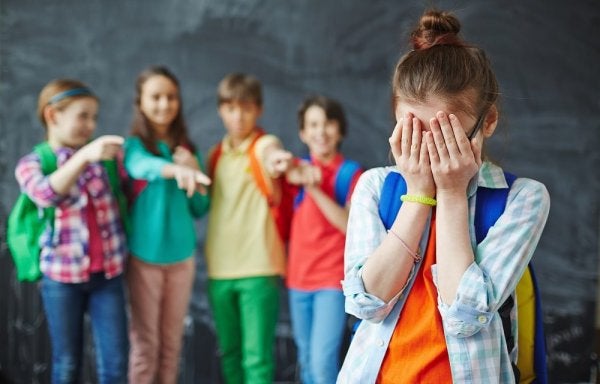 Netflix recently released a series that raised huge controversy. I’m talking about “13 Reasons Why“. This series is based on a book written by Jay Asher that deals with bullying. However, we all know that literature seldom raises passions the way audiovisual content does, so this series has made people get interested in the original story. This story takes place in the United States. It mainly unfolds in a high school. It starts with a teenager finding a shoe box with 7 recorded tapes inside. What this story tells goes great with the title of this article: they should’ve known.

“You don’t know what goes on in anyone’s life but your own.”

Each one of those tapes has recordings explaining the reasons why a high school student committed suicide, 13 reasons in total. This story spares nothing when it comes to portraying how someone might seem totally okay when they really aren’t, keeping all of their suffering bottled up inside, hidden from people who could help.

Finding tragic stories everywhere isn’t uncommon anymore. A teenager committed suicide because they weren’t able to deal with their suffering. This is the last thing one expects, a teenager giving up on life being so young, when they could’ve done whatever they wanted and lived as many experiences as they wished.

“Bullies are always to be found where there are cowards.”

In many other cases, when they dare to talk to adults and tell them what’s going on, they get answers trying to “normalize” what’s happening to them. Adults might say “There are other things worse than bullying”, “I’m sure you’ve done that too”, or even “Don’t you know how to defend yourself?” Some parents might just choose to change them to a different school. They think that, if they leave the bullies behind, their problems are going to be over. What they don’t see is that they’re simply ignoring their children’s experiences when looking for an easy way out. This might just be the beginning of they should’ve known.

Sometimes, it’s not the direct effect that bullying, abuse, or aggression have but the scars they leave behind. Victims feel like the world is uncontrollable, that there are threats they can do nothing about. They often put themselves down when comparing themselves to other people their age. Feeling like they’re a joke and that no one takes them seriously is common for them as well. The parents’ role in a teenager’s life is essential so they don’t feel alone.

Bullies justify their actions claiming they didn’t know, but the thing is they should have

The parents of kids who harm others don’t really know what goes on either. These parents wouldn’t believe that their child, who they love so much, could hurt anyone. They still see them as the innocent child they once were. However, they ignore something greatly important: some kids could even be worse than some adults.

Maybe they sense it, perhaps they’ve noticed their behavior or they’ve heard one of their classmates talk about them. Some parents might even know the things their kid has done but they do nothing about it. They think their child might not be a role model, but that doesn’t mean they’re bad. What they do is justify their actions by saying they’re just having fun, that other kids just like to criticize and that they also did those things when they were young.

People who think like that rarely ever ask their old victims how they handled the abuse and humiliation. Those who don’t hurt others but instead laugh at the victims don’t notice that they hurt them too. It’s as if what happens when you’re a child, stays in childhood. What abusers don’t realize is that their actions leave their victims feeling scarred for life. Some of them might get chills when remembering those horrible moments. The effects linger until adulthood. Victims still wait for apologies, for their bullies to explain why they did what they did.

Now, when the parents of bullies used to bully as well, there’s a higher chance for behavior to be controlled. We learn lessons growing up, we start realizing our mistakes, and we don’t want our kids to do the same. When a parent realizes their kid might have started bullying other people, they’ll see themselves reflected in them, making them feel like they failed as a parent. However, this is what will make them take action and take desperate actions, if necessary.

Abusers don’t see how bullying can affect someone so much to the point they’d want to take their own life. Sadly, this is more common than we think and, when it does happen, aggressors just say “Well, I didn’t know that could happen”, as if that could take away part of their responsibility. The truth is, it’s still their responsibility, and saying they didn’t know doesn’t change a thing, because, at the end of the day, they should have known.

“I was bullied quite a lot when I was growing up in my Peking Opera School. I allowed myself to be bullied because I was scared and didn’t know how to defend myself. I was bullied until I prevented a new student from being bullied. By standing up for him, I learned to stand up for myself.”

Psychology
It's Okay if you still Can't Get Up, Take your Time

Psychology
Otto Rank and the Trauma of Birth

Otto Rank, an Austrian psychoanalyst, was the first to talk about the trauma of birth. His central theory is that being…

Michel Foucault was one of the most influential thinkers of the 20th century. His extensive legacy includes critical studies on…

Psychology
Combatting Depression Is a Way to Overcome Poverty

It's interesting that a study related to happiness, poverty, depression, and anxiety was done not by psychologists, but by a group…