Building Games and Their Application in Therapy

In recent years, psychological therapy has moved towards more expressive interventions, such as play therapies, which are aimed at the client exploring their own resources and creating new ones. Building games is one such example. 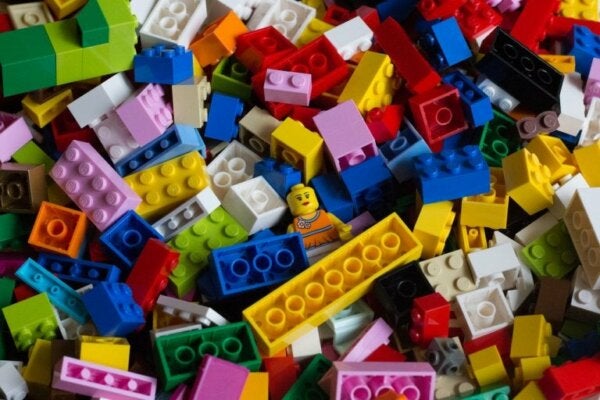 Lego and other building games have become firmly established in adult psychological therapy and in many business coaching processes. What began as a game that fascinated children has ended up being a powerful tool in working with adults.

When we think with our hands, we also exercise emotional intelligence (testing our tolerance to frustration, for example), visual intelligence, and kinesthetic intelligence.

Playing these games provides a lot of information about an individual’s personality, emotions, frustration tolerance, and conflict resolution skills. For all these reasons, experts are using building games in therapy, both individually and in groups, with increasing frequency. It’s an avenue that helps develop emotional intelligence, creativity, empathy, and other skills.

The main type of psychological intervention, based on speech, has been the most traditional so far. However, as we’ve mentioned, in recent years, psychological therapy has evolved and has started using more expressive interventions, such as play therapy or art therapy.

These types of therapies aim to help clients focus on an exploration of deeper perspectives. Building play therapies are very effective for the discovery of unconscious and underlying issues.

The case of the Lego facilitator method, for example, consists of an innovative and highly structured clinical process. There are several Lego facilitating models. One is the Lego Serious Play methodology, which has been used initially in business organizations.

Other methods used with children are Six Bricks (using DUPLO Lego bricks) and Play Boxes or Sensory Theraplay Boxes. Therapists used these for child development and learning, and even for children with autism. In addition, all of these have been generalized and applied to different applications in education, family counseling, and mental health.

Of particular interest is the book The Cult of LEGO (Baichtal & Meno, 2011). This book describes the Lego-based social development therapy at the New Jersey Center for Neurological and Developmental Health.

This type of therapy combines Lego building kits with the facilitator’s questions. This way, the patient must follow the narrative rather than simply share personal information. On the other hand, the use of the Six Bricks model has emerged as an effective method to promote language skills, cooperation, and emotional mediation.

Both of these approaches are based on creating the positive emotion of building and expanding. They promote the development of new skills and resources and assist in the elimination of negative emotions.

According to social psychologist Barbara Fredrickson, “playing” is the fastest way of achieving positive emotions. Playing is a method that people use in order to build.

The emotional transition produced by creativity and fun helps clients restructure their life stories and perceive their own skills and resources. The bricks in the building games may well symbolize the obstacles or limits in our own thinking or ideas.

Thus, using these “obstacles” to build helps to turn a person’s thoughts around and convert the negative into positive. In this sense, the tasks with the Six Bricks are simple but challenging.

In conventional therapies, patients with severe depression often have severe limits when it comes to expressing themselves orally. However, through the therapy of building games, it’s easier to bring out emotions.

If, in addition, the therapy is carried out in a group, it gives the client the opportunity to develop connections with other team members in a positive social interaction. In short, this method uses emotional regulation and cognitive restructuring.

These building or construction sets are also being lent to different psychological research studies. In 2011, cognitive psychologist David Whitebread conducted several studies on the relationship of these construction games to speech and self-regulation.

In addition, there’s another study currently underway, being conducted by Miles Richardson of Derby University. This team is investigating skills in building games as a predictor of mathematical and spatial abilities.

In the paper entitled The Ikea Effect: When Labour Leads to Love, the team led by Michael Norton investigated the counter-intuitive notion that having to work hard to produce increases the willingness to pay for it.

Consumers place a disproportionately high value on products that they’ve helped to create or manufacture. This way, individuals develop a positive affection and emotional attachment to the product that allows them to perceive themselves as competent people.

Psychological Therapy or Drugs
The use of psychological therapy and drugs to treat psychological disorders is often the subject of much debate. The former has longer-lasting results. Read more »
Link copied!
Interesting Articles
Therapies
Donepezil as a Treatment for Alzheimer's Disease

Therapies
How Schema Therapy Can Help You Undo Harmful Patterns