Urie Bronfenbrenner's theory on how the social environment affects human development has had a far-reaching impact on psychological research. His theory isn't perfect, but it’s one of the best explanations we have on the subject. Keep reading to learn about why this theory is so important. 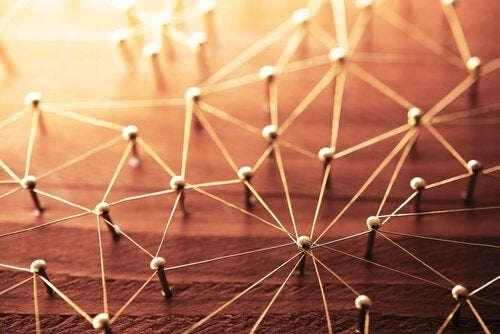 Bronfenbrenner’s ecological systems theory is one of the most accepted explanations regarding the influence of social environments on human development. This theory argues that the environment you grow up in affects every facet of your life. Social factors determine your way of thinking, the emotions you feel, and your likes and dislikes.

From the beginning, Bronfenbrenner’s ecological systems theory has been a starting point for researchers in many different disciplines. For example, developmental psychology and sociology draw directly from this theory. Bronfenbrenner shared his idea with the world for the first time in 1979 in his book titled The Ecology of Human Development. In this article, you’ll learn about the theory’s basic arguments.

Urie Bronfenbrenner noticed that a child’s nature depends on the context they grew up in. Thus, he decided to study what factors had the most effect on childhood development. Bronfenbrenner considered that the environment was made up of four interrelated systems. He added a fifth system later on in his career.

Because the five systems are interrelated, the influence of one system on a child’s development depends on its relationship with the others. Bronfenbrenner organized them in order of how much of an impact they have on a child.

If you change your environment, you’ll change. If you move to another country with a different culture, your identity will certainly change. The same can happen if your social role within one of the systems changes.

Here are the five systems of Bronfenbrenner’s ecological systems theory:

The microsystem is made up of the groups that have direct contact with the child. Family and school are some of the most important ones, although there can be many other groups. The relationship between this system and a child’s development is obvious. However, the influence can go both ways.

The parents’ beliefs certainly affect who the child will end up becoming. But the child is also capable of changing their family members’ beliefs as well. The same thing happens at school and all the other groups that make up the microsystem.

The second system in Bronfenbrenner’s theory is made up of the relationships between the groups from the first system. The parent-teacher relationship, for example, has a direct impact on the child.

The third level also involves factors that affect a child’s life. However, the elements of this system don’t have a direct relationship with them. One example of an exosystem would be the company where the child’s parents work. This would affect the parents’ point of view, how much free time they have, and their well-being. Consequently, the company impacts the child’s development as well.

It contains those cultural elements that affect the child and everyone around them. A couple of examples would be cultural values or an official religion.

Bronfenbrenner added this system to his theory later on. It refers to the stage of life that the person is in regarding the situations they’re going through. For example, the death of a loved one has a very different impact on a young person as opposed to an elderly person.

Bronfenbrenner’s ecological systems theory isn’t perfect, but you can apply it to numerous fields of study. In spite of the fact that it doesn’t take biological factors into account, it’s one of the best explanations regarding the influence of social environment on an individual’s life.

The 6 Most Important Theories on Development
Development psychology is the study of humans over all their stages of life. It looks at how cognition develops and how behavior changes over time. It is an interesting discipline that contributes a wealth of knowledge to the field of applied psychology. Read more »
Link copied!
Interesting Articles
Psychology
How I Became Obsessive-Compulsive

No matter how weird it might seem, one day I decided to experience in my body and brain all of…

Think back and ask yourself this question: Do you think there's something in your life that makes you happy and…