Braveheart is one of the best historical fiction movies of all time. While it isn't historically accurate per se, it could be a faithful portrayal of the national and liberal revolutions of the 19th century. 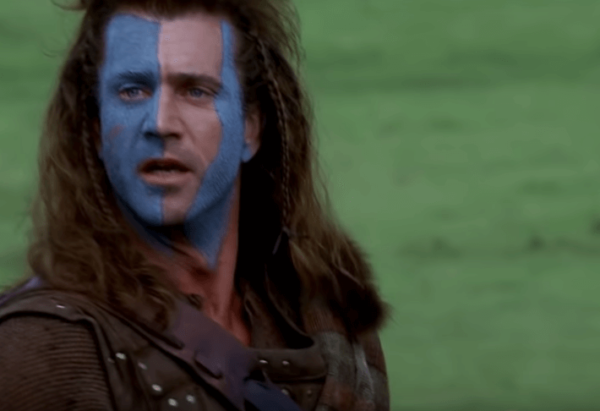 In 1995, Mel Gibson reached the height of cinematographic success when he won five Oscars, including Best Picture and Best Director. Braveheart is one of the best movies of the 90s, but its historical accuracy is questionable.

Gibson’s film takes plenty of artistic liberties in its telling of the life of William Wallace, who wasn’t even the true “Braveheart” of Scottish history. What it lacks in accuracy, however, it makes up for in emotion.

The mentality of the characters and their motivations belong more in the 18th or 19th century than to people in medieval Scotland. If you eliminated the historical references in the film, it could be a story about the American Revolution or the Spanish War of Independence.

The leitmotif of the story is freedom, an obvious nod to revolutionary values. The characters aren’t fighting a feudal war, their cause is nationalistic in nature. The story’s potential as a myth is undeniable, as is evidenced by the fact that, after the film’s release, the Nationalist Party in Scotland doubled its numbers in Parliament.

Perhaps the biggest liberty that the movie’s creators took was in the making of its main characters. William Wallace is the Mel Gibson prototype hero, similar to Christ in The Passion of the Christ.

The real William Wallace probably didn’t come from such humble origins. In fact, it’s more likely that he was a noble himself. Nor was his marriage to Murron the cause of the conflict. In fact, the supposed droit du seigneur that Murron has to endure is a dramatization. There’s no historical evidence of that actually happening.

However, the revolt was probably related to abuses on the part of the English administration. The main protagonist of the revolt was Robert Bruce, who was nicknamed “Braveheart”. The film portrays him as a pushover, but he was the brains behind the greatest Scottish victories and the legitimate heir to the Scottish throne. Wallace and Bruce were both recognized as Guardians of Scotland and are national Scottish heroes.

The Battle of Stirling

One of the most memorable moments is the big face-off with Stirling. In Braveheart, Gibson wanted to create a spectacle that the reality of the original battle didn’t allow for. As a result, he eliminated a fundamental part of history: the bridge. The bridge evened out the playing field between the two sides, forcing the invaders to fight in groups small enough to cross, which would eventually lead to their defeat. Had they fought in an open field, the Scottish defeat would have been certain.

“Fight and you may die. Run and you will live at least awhile. And dying in your bed many years from now, would you be willing to trade all the days from this day to that for one chance, just one chance, to come and tell our enemies that they may take our lives but they’ll never take our freedom!”

The most historically accurate aspect of Braveheart is its portrayal of medieval Scottish life. It definitely errs on the side of romanticism, but every scene evokes the beauty and drama of the Scottish Highlands.

The soundtrack and cinematography help create a polished atmosphere. The story creates overly simplistic contrasts, which you have to distance yourself from a little if you want a more objective view of things. The cruelty of the English is exaggerated, as is the kindness of rural Scots.

The motivation of the Scottish peasants to fight in Braveheart is also anachronistic. There’s no doubt that people rebelled against feudalism in Europe. The peasants’ desire for freedom would be understandable given a notable change in their religious or material situation, neither of which happened at that time.

The real conflict was between the nobles. The difference between being ruled by a Scottish king or an English one for a population without a nationalist sentiment wasn’t significant. Especially considering that they were both Christian and similarly tyrannical.

If you eliminate the nationalist aspect of the issue, the desire for freedom is easy to understand. This is the key to Braveheart’s success with audiences, especially because the characters talk about it in very contemporary terms.

While the Wallace in the movie probably isn’t a real historical figure, he’s the archetype of a man who stands up to injustice and fights for his ideals to the bitter end. Somehow, Gibson manages to turn this Scottish hero into a universal one.

Primary sources mentioning Wallace are few and far between. There’s a poem by Blind Harry written about two hundred years after Wallace was alive. The way that Eduard the First tortured him after capturing him was as cruel or possibly worse than what you see in the movie.

Gibson’s story isn’t historically accurate, nor does it faithfully portray the legend, but the message is loud, clear, and memorable: they may take our lives, but they can never take our freedom.