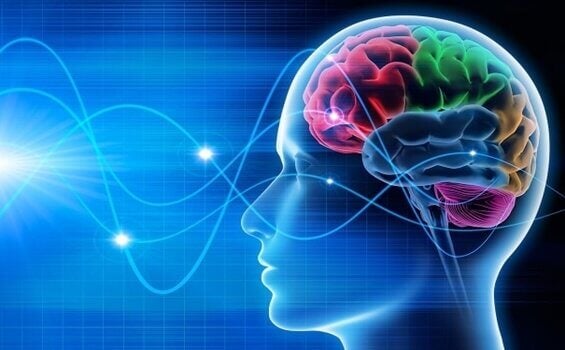 There are 5 kinds of brain waves and they work almost like musical notes. Some are low frequencies, others are high frequencies. Together they have the power to create harmony. Your thoughts, emotions and sensations in perfect balance, centered and open to everything around you.

Have you ever heard someone say something like, “I want to train my Alpha brain waves to be more relaxed and get more inner peace”? In fact, people have even been talking about bio-feedback machines that can stimulate certain brain waves to get us into certain states of consciousness. Well, we should step carefully here…

When it comes to our brain waves, the key to authentic health and happiness lies in allowing each of them to work in their way, at their frequency and at their optimum levels. We should also remember that they aren’t static. Rather, they change as we get older. So, the point isn’t to get obsessed with improving our Beta waves for better focus or our Gamma waves to get into a spiritual state.

The truth is that no one type of brain wave is better or more “special” than another. They are all important, because they’re all the result of the electrical activity of our neurons and mental states.

The different kinds of brain waves

We all know that the brain is an electrochemical organ. In fact, neurologists explain that if all our nerve cells were to activate at the same time there would be enough energy to switch on a light bulb. It’s pretty amazing!

This electrical activity is what is responsible for the different kinds of brain waves. It’s a complex, fascinating, perfect process where each activity, mental state and thought is capable of emitting a kind of brain wave.

Over the course of the day, our brain keeps all five kinds of brain waves active. Depending on what we’re doing at the time, some brain waves will be more active in certain areas of the brain while others will be less active in other areas, but none of them will be “switched off” per se.

For example, your Alpha waves may be intensely active in your frontal lobe at some point, which will make you feel somewhat anxious. However, these same Alpha waves in the occipital area would imply an ideal state of relaxation. These nuances are good to bear in mind. Let’s take a look now at the different kinds of brain waves and what they do.

Delta waves have the greatest wave amplitude and are related to deep but dreamless sleep. Interestingly, they are very common in babies and small children. The older we get the fewer of these brainwaves we produce. Our sleep and ability to relax gradually get worse over the years.

In general, Delta brain waves are related to unconscious bodily activities, like regulating your heart rate and digestion.

This second kind of brain waves goes from 3.5 to 8 Hz and is mostly related to imagination, reflection and sleep. Fun fact: Theta waves are more active when we’re experiencing very deep emotions.

For example, when we’ve just finished some effort or task that took a lot of energy, when we relax and let our imagination “fly”, Theta waves take control in our brain.

Alpha waves arise in those in-between, twilight times when we’re calm but not asleep. It’s when we’re relaxed and ready for meditation. When we’re on the couch watching TV or in bed relaxing, but before falling asleep.

We’ve now crossed from low/moderate brain waves to a higher level. We’re now in that higher spectrum of frequencies that come from intense neuronal activity. They’re very interesting as well as complex. They have to do with times when we’re giving our full attention, very alert and on the lookout for stimuli.

Activities like driving, taking an exam, and giving a presentation are good examples. However, overactivation of our neurons can lead to harmful anxiety and stress.

When you hear the word “gamma”, what may immediately come to mind are the famous gamma rays, with their long wavelength and high electromagnetic radiation. Well, gamma waves and gamma rays only have one thing in common: their very high frequency.

Neuroscientists are now starting to learn more facts about gamma waves, but until recently very little was known about them. Plus, it’s very hard to capture them in an EEG. They originate in the thalamus and move from the back part of the brain to the front with incredible speed.

In conclusion, learning about the different kinds of brain waves enables us to understand that our mental processes, our emotions, our activities and our behaviors generate “energy” in our brain. The key, therefore, is to be aware of it, learn to relax and be more receptive and intuitive, and to work on emotional management so that our anxiety works in our favor rather than against us.

The Pineal Gland: An Enigma of the Mind
The pineal gland has always sparked a lot of interest. Descartes said that this tiny gland located right in the center of the brain was the "seat of the Read more »
Link copied!
Interesting Articles
Brain
Why Does the Brain Have Folds?

Brain
Why Your Brain Always Looks for Someone to Blame

Although you may not realize it, your brain looks for someone to blame for the things that happen to you.…