Are You Born Right-Handed? Are You Left-Handed Only By Chance? 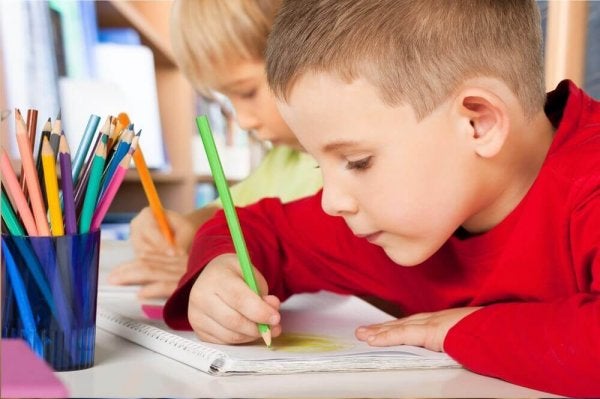 Nearly nine out of ten people are right-handed. This means that only 10% of people worldwide are left-handed. Why is that? Is it luck? Or is right-handedness genetic? Does it come with practice? Can I become a lefty? Does it depend on my personality?

Well, the explanation is not so simple. There has been a lot of research on it, but no conclusive results. However, there are two hypotheses that have greater scientific support.

For both explanations, being right-handed or left-handed is neurological; that is, it is the result of how our nervous system evolves. Therefore, we know with certainty that we are not born this way. It’s also not by chance. Rather, it develops in childhood. But why?

The brain is responsible

This first theory has been around for years. It says that your handedness comes from your brain; it is determined by the “laterality” of the person. Laterality means whether you use the right or left side of the symmetrical parts of the body more: hands, eyes, feet, ears…

Anatomically, our body parts are symmetrical. But at the functional level, they are asymmetric. It’s laterality when one side of the body predominates over the other when doing things (writing, opening doors, playing tennis …). Lefties use the left side, and righties use the right side, of course.

We develop laterality between three and six years old, and it is completely formed at seven years old. If by five years old the child hasn’t developed it, they should see a specialist.

In order to understand the theory we just introduced, we should explain what lateralization is. It means one hemisphere of the brain is more dominant in us. In general, the right hemisphere “directs” the movements of the left side of the body; and vice versa, the left hemisphere directs right side movements. That’s why we can say that:

The spinal cord determines everything

Recently, researchers from the Ruhr University of Bochum (Germany) said that the brain does not choose laterality, but rather the spinal cord does. They found that at eight weeks of gestation, there are already marked genetic differences between left-handed and right-handed babies.

That is, even when the baby is in the womb, genes in the spinal cord responsible for controlling limb movement have already divided into different groups. For example, infants already choose to suck their thumb on only one side. So how is this possible?

For these researchers, epigenetics explains laterality. This means that environment influences genes, and these affect the left and right sides of the spinal cord differently.

What about ambidextrous people?

If you are neither right-handed or left-handed, your laterality probably hasn’t developed correctly. If this happens, children may be ambidextrous, or they may have crossed or contradictory laterality.

Contradictory laterality is related to marginalization of left-handed people. We even see it in our language. To do things the “right” way is to do them well. In fact, in many countries, like in China, a person who uses their left hand is looked down upon and children are corrected.

There are still many unknowns to figure out about how we become right-handed or left-handed. However, research into the brain and spinal cord are getting us closer to providing us with irrefutable scientific explanation.

Emotional Support in Childhood Aids in Brain Development
Studies show that emotional support in childhood, especially the first years of a child's life, is very important. It affects the child on an emotional level, as well as their brain development. Read more »
Link copied!
Interesting Articles
Culture
33 Quotes by Einstein That Will Make You Think

Most of us want to be successful. Perhaps we want to improve our relationship with our partner. Or maybe we'd…

Most students know how tedious and stressful it can be to study for exams. On top of that, spending hours…