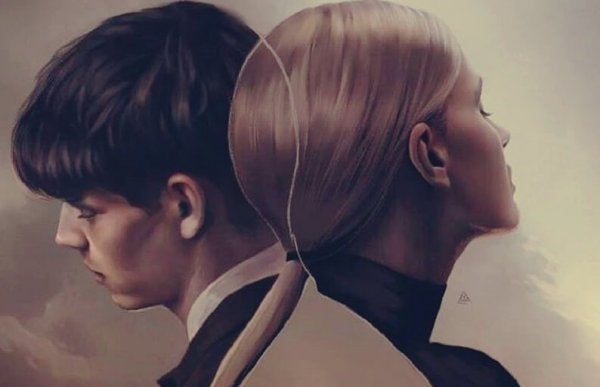 When we interact with sweet people, we feel that we’re listening to the best of melodies. They treat us well and know how to use the right words. They’re sincere in a sensitive way. They’re very different from people who embitter our lives.

“Don’t trust sweet words. Many people have sugar in their mouth but venom in their hearts.”

There are people who make us think they’re the best thing that’s happened to us because they tell us what we want to hear. Often, with their praises, they want our approval or to make us feel good. They can even pursue both goals at the same time. In any case, when their words aren’t sincere, their actions often betray them.

For example, someone can say we’re the best at looking after children but never let us babysit their own kids. No matter how sweet their words are, their actions reveal their true feelings about us, which can be hurtful. Even so, sometimes it’s difficult to cast them aside. Despite knowing that their words aren’t true, we’re tempted to revel in them.

It’s as if we forget the pain they’ve caused us for a moment. Their words produce such a sense of security and confidence that it’s difficult to go back to reality and understand that they’re lying.

If someone’s words don’t coincide with their actions, it’s likely they’ll make your life bitter. Additionally, they usually have the following traits:

People that use your words against you to take advantage of you aren’t worth it. They only try to harm you or seek their own benefit. There’s an interest involved. If you feel trapped by the words of somebody who doesn’t treat you well and repeatedly makes you feel bad, you should stay away from them.

Now, not everybody is artificially sweet. On the contrary, there are many who firmly believe in what they say when they praise us. Also, there are many people who give us sincere compliments. They point out what they like about us because they really do like us.

How to protect yourself from bittersweet people

Sometimes it’s difficult to know how to protect yourself from people who make our lives bitter, especially if they use sweet words at the same time. However, there are several strategies that can help us:

Protecting ourselves from people who make our lives bitter is our responsibility. If we can set boundaries, why not do it? This way, it’ll be easier to protect ourselves.

Advantages of protecting yourself from bittersweet people

Protecting ourselves from people who are deceptively charming helps us free ourselves from them. Little by little, these people become toxic. They do it gradually to make it harder to break free from them. Some of the advantages of setting boundaries are:

Self-awareness will be your ally when it comes to setting boundaries with a bittersweet person. Having a better connection with yourself will also make it easier to be more assertive.

Don’t let your life become a living hell. Remember that there are artificial sweeteners everywhere. Stopping them is up to you. Why listen to somebody who says beautiful words but treats you badly? At the end of the day, actions speak louder than words, no matter how sweet they may seem.

Manipulation: Using Other People’s Weaknesses to Gain Power
How then, do we detect the manipulation? How do we know what is manipulating us? Let's dig deeper. Read on to learn more! Read more »
Link copied!
Interesting Articles
Cinema, Television, and Psychology
My Shoes: An Excellent Short Film with a Deep Lesson

Drug-free treatment for mental illness is an option that's always been on the table. However, it became a utopia during…

There aren't many concepts as hard to understand and assimilate as the concept of excellence. It's a wonderful word, and it "sells" better than almost anything else. But what does it…