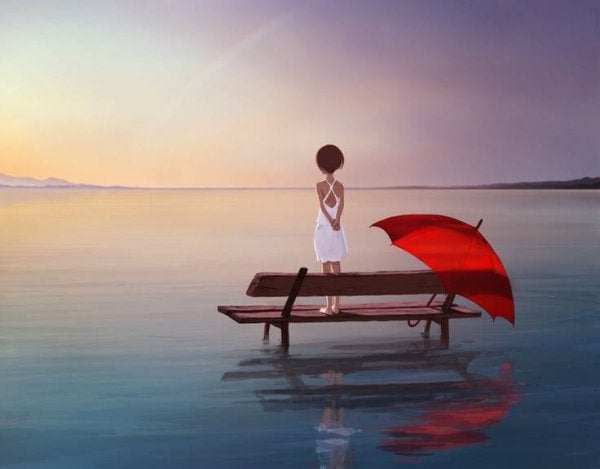 As they say, the impossible just takes a little longer to accomplish. It all depends on how much effort you put into trying. You have to want to do it and achieve it. You have to put in all of your effort and leap, with or without fear, but head towards it. If not, you’ll never know the outcome.

Believe in the impossible

If we’re capable of believing in the impossible, we’ll make it a reality. The only way a human being knows how to move forward in life, search for triumph or be himself, is believing, though it may seem unreachable or unfeasible. Otherwise, we’ll stay on the threshold of everything.

What do you think Bill Gates or Steve Jobs would have said to you a few years ago, when they were no more than two young hopeful guys? They believed in themselves and their abilities to triumph and their willpower and talent to make their dreams come true. And they did.

“The impossible is the ghost of the shy and the refuge of the cowardly… The word impossible is not in my vocabulary.”
-Napoleon Bonapart-

In our everyday life, we have examples of how many things we think are impossible and don’t even dare to think about. There are hundreds of people living dull and unhappy existences, who dream of overcoming and getting out of that maze they find themselves in. But they’re unable to, because they don’t believe in the impossible.

If everything in your life is stress, grief, pain and unhappiness, don’t think that getting out of it is impossible, because that belief is the first thing holding you back. You’ll make up excuses to not move. You’ll tell yourself that you’re safer where you are, that this is how you’re accepted by society, that solitude is much worse, that you’re doing what you have to do… But in reality, you’re just scared and incapable of reacting, believing in yourself and making the impossible happen.

Forgetting the fear of failure

There’s only one type of person that never fails, the type of person who never takes risks. People who believe that their goals are unfeasible and stay in an existence of false security, will never make mistakes. They will never be wrong, but they’ll also never drink from the sweet nectar of success, happiness and seeing their challenges and goals achieved.

People who aren’t capable of making the impossible a reality are identifiable. There’s a great fear of failure in them. Envy eats away ate them because they’re incapable of taking a chance, and they feel anger towards those who do have the guts. You’ll hear them criticizing and insulting, but, in reality, they’re terrified. They have forgotten their dreams and don’t know how to react. That’s why they hide behind the security that a mob offers.

“There’s only one thing that makes a dream impossible to achieve, and it’s the fear of failure.”
-Paulo Coelho-

If you believe in the impossible, don’t let yourself get carried away by the angry mob that tells you how you should act, what your goals should be, what objectives you should set and what your limit is. We shouldn’t think about where the boundaries are, but rather how to overcome them.

A person with dreams is capable of making the impossible a reality. They aren’t frightened by failure or what others will say, and they get back up time and time again until they see their goal accomplished. And once they reach it, they seek out new goals that put their limits and abilities to the test constantly. Because that’s the only way to feel alive and happy.

People who believe in the impossible move the world

If you look back, how many people have you seen grow up in difficult circumstances and triumph because of it? We already mentioned Steve Jobs and Bill Gates, but they aren’t the only ones. Hypatia of Alexandria, Galileo Galilei, Marie Curie…so many people over so many years have believed in themselves and in the unfeasible.

Never forget. Never stop dreaming because you think it’s impossible. You have the strength, the talent and the resources necessary to make whatever you desire come true. Never let anyone tell you you can’t, because it’s not true. Human beings are capable of giving the best of themselves in order to make the unfeasible come true.

Link copied!
Interesting Articles
Psychology
We Only Hear What We Want to Hear

Considerable effort has been made to come up with the psychological profile of an abuser. But research still hasn't produced…