The Bitter Taste of Infidelity 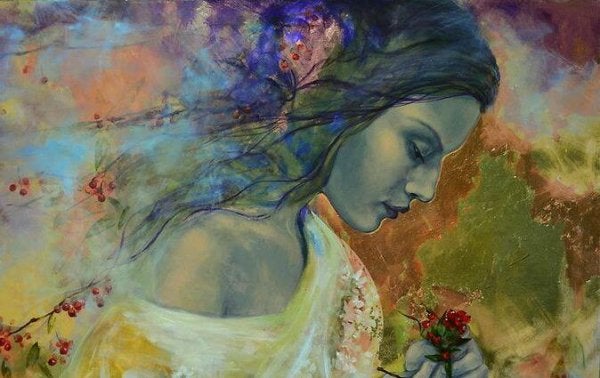 Infidelity is the responsibility of both the person who is unfaithful, and the person subjected to infidelity. Because, once the act of infidelity is recognized, no one is obligated to stay with their partner. And because everyone, deep down, always know who and what is involved.

Everyone involved is responsible, to a greater or lesser extent. A great price is paid for impulses and lack of maturity.

“The difference of infidelity in both sexes is so real that a passionate woman can forgive infidelity, which is impossible for a man.”

Whatever the case, infidelity causes a large wound, mainly for the person who has been “deceived.” But it also leaves a big mark on the person who did the deceiving: he who cannot be trusted finds it very difficult to trust. So, usually, someone who is unfaithful also suffers terrible jealousy.

He who is no longer…

Normally, the person who has led a dishonest life, full of ephemeral and “triangular” relationships will find it difficult to one day stop behaving that way. In fact, it often happens that over the years the problem becomes much more chronic. It is better not waste your time or your life with someone like that.

With this type of person love goes from being healthy, to becoming, strictly speaking, a vice; a true perversion. The result: destroyed lives, resentful people, dead hopes. Real human failures…

If you get stuck in a relationship like this, you may be missing out on the opportunity to experience true love. Not idealized love, but yes, a relationship that will bring you more joy than sadness. If you opt instead to choose misery, do not blame others for your misfortunes. Remember that you are free to choose who to love.

The disappointment comes not just from infidelity, but the lack of character to say “no more”… Everyone, in some cases, makes his or her life a living hell.

In fact, what may be operating inside of you is a kind of parasitism. It is a replica of that phenomenon that occurs in nature when an organism lives at the expense of another… Of course this is much worse, if what we are talking about is love.

In short, everything is a matter of self-respect. A matter of dignity and love for the relationship and its future. Because you mustn’t “beg for feelings” and because everything that is done under these parameters, always will lack solid and strong roots.

Overall, if you build a ten-story building, but its base and its foundations are weak, sooner or later the building will eventually collapse. One love, when it is caught between infidelity and lack of respect for the other, can be forgiven…But it will not allow it or ever justify it.

Although it may sound a bit harsh, infidelity is not caused by anyone else but yourself: when you voluntarily decide to look for the wrong person.

For example, if you know that person has a tendency to have more than one relationship at a time, and you still choose to be with them, one way or another, you’re agreeing and endorsing all the infidelities of your partner in advance.

So, before complaining or falling into a deep depression because your partner is unfaithful, you should analyze in great detail why you allow it. The problem, as such, is not so much the other person, but yourself.

Someone who is unfaithful deceives himself

This does not mean that the person who is unfaithful is innocent of everything. Definitely not. Undoubtedly, s/he is primarily responsible, although it is clear that everything that happens in the relationship is caused by both parties.

Some say they are unfaithful, but not disloyal, because they told their partner in advance that they were having other relationships. However, this “sincerity” is feigned because infidelity not only depends on deception, but also the effect it has on the person with whom we maintain a commitment.

This may not be an act of “sincerity,” but of pure cynicism. Literally, what they do is wash their hands; with fabrications and sophistries, they transfer responsibility for their behavior to the other person…

“It’s your decision, you already know how I am,” they say calmly, ridding themselves of their responsibility. Unfaithful people are selfish in their essence, playing to destroy their lives and those of others.

If the relationship is open and both are adults, ultimately it is their choice. But if there is a situation where one takes advantage of an insecurity or emotional dependence of others, we are not talking about a symmetrical relationship, but rather psychological abuse.

If I do not love and respect myself, no one else will

Many women and men fall into this trap. But a love that allows and even supports these things is not healthy. Moreover, it is not love.

A pretty face, nice body, nice words, a nice detail, loneliness, routine, boredom… unfortunately, may be more than a million reasons to justify infidelity… The only certainty is that once it happens, the couple is never the same again.

Not all infidelity means that the relationship will be impossible. There are no absolute truths and much less in the area of love. What is certain is that everything depends on the people involved, the circumstances in which the events occur and how the couple is able to deal with them.

Can you overcome infidelity? Yes, definitely. But if it is preceded by a commitment that is disrespected, it will leave a bitter taste your the mouth and will require a lot of both people to stay together.

The Psychological Profile of An Unfaithful Person

Why are people unfaithful? What profile does an unfaithful person fit? Here you will discover the psychological profile of all kinds of unfaithful people. See more»

Thinking about the fact that fear will never disappear can lead to anxiety. Just the thought of it makes your heart beat faster. It's something natural or, at least, understandable. Society has taught…

Wellness
Together We Make the World Better

Let's make a tribute to quality and not quantity. A tribute to those people that, with their mere existence, allow…

Wellness
The Paradox of Happiness: What is it and How does it Work?

'Happiness' is one of the most used words in the world. In today's culture, it represents the ultimate goal for…

Wellness
6 Things We Don't Have to Justify

It's true that many of our decisions may sometimes raise questions and doubts from the people around us. We'll always…