Chuck Feeney is a man who lives by his convictions. An incredibly wealthy man by any standards, he has always lived a simple life and given away most of what he has. 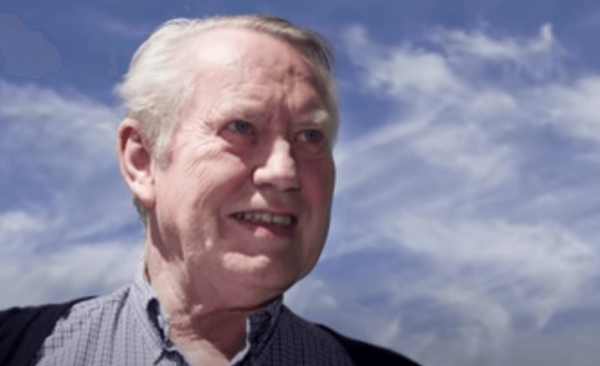 The only reason why we can do a feature on Chuck Feeney and his work is an accident. This extraordinary philanthropist has been quietly giving away his fortune for years. No one knows how many people he’s helped, but they number in the thousands or even millions. He kept his good work a secret. In fact, we only know who he is due to a paperwork mix up.

Some people say that Chuck Feeney is the exact opposite of Donald Trump. The latter never tried to hide his weakness for money or his wealth. Feeney, on the other hand, doesn’t seem to care much about material wealth. Instead, he supports humanitarian causes, even when they’re politically unpopular.

“It’s the intelligent thing to be frugal.”

Another difference between the two men is that Trump has always sought out the spotlight. He loves using his wealth to get attention. Feeney has tried to stay out of the headlines as much as possible and avoids being on the lists of the rich and famous. People say that Feeney makes and gives away his own money, while the current president of the United States has amassed his fortune with other people’s money.

Chuck Feeney didn’t inherit a large fortune. He made his millions thanks to his hard work and effort. He was born on April 23, 1931 in New Jersey. He came from a humble Irish family that had recently arrived in America. His mother was a nurse, and his father was an insurance salesman.

Feeney was born in the middle of the Great Depression in the United States. Everything was scarce, and his parents were very limited in what they could provide for their children. Feeney got his first job at the age of 10, selling Christmas cards door-to-door for some extra money.

Later, he enlisted in the Air Force for the Korean War. After that, he took advantage of a government program that granted scholarships to veterans to study at Cornell University in New York. There, he got his degree in hotel administration and was the first in his family to graduate from college.

Chuck Feeney, along with Robert Miller, started the company Duty-Free Shoppers (DFS) in 1960. They were pioneers of the duty-free sales concept and got their start selling merchandise to American troops stationed in other countries. Their business started to grow and quickly became a very successful enterprise.

After only a few years, Feeney’s duty-free business was one of the most successful in the world. He was quickly becoming a millionaire, but had, according to some, a few eccentricities. Feeney didn’t have extravagant tastes. He wasn’t trying to live on the edge or spend millions buying strange items at auctions. Feeney was exotic simply because he lived a very austere life.

He didn’t patronize expensive restaurants and always flew coach. His watch cost 15 dollars and no one ever saw him at big events. When he had amassed a large fortune, he decided that it was more than what he and his family needed. Thus, he secretly created a foundation called The Atlantic Philanthropies and started to give his money away.

A great human being

As of today, Chuck Feeney is the American citizen who’s donated the most money, proportionally, than any other person in the history of the country. According to some estimates, he’s given away more than eight billion dollars. Other people have donated larger quantities of money, but they always keep the larger part of their fortune to themselves. Feeney is an outlier here. He’s given away basically everything he has.

He kept two million dollars, which he believed was enough for him and his family to live the rest of their lives. Today, he rents an apartment in San Francisco. He doesn’t have a car, still travels in coach, and always eats in modest restaurants.

Chuck Feeney planned to do all of this philanthropic work in secret. However, some paperwork for some of his shares revealed everything that had happened with his fortune. Some of Feeney’s money went to improving the health systems of Cuba and Vietnam, contributing to peace efforts in Ireland, and financing programs in South Africa.

When people ask him why he did what he did, he says that he feels happy knowing that the world is a better place because of what he’s done. He didn’t have a particular plan in mind when he made his donations, he just wanted to make others happy. Feeney also said that he’s happy with who he is and what he’s achieved. That’s enough for him.

Viktor Frankl’s Teachings on Resilience
Viktor Frankl's teachings on resilience show us the need to change when we can't change the circumstances around us. Find out more here. Read more »