Living Abroad: Would You Adapt Well to It?

Would you adapt to living abroad? Today, we're going to talk about a study that identified some of the factors that play an important role in living abroad. 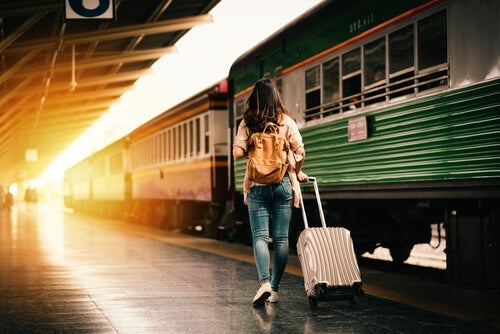 Living abroad seems easier now than it did before, and the world seems to get smaller as the days go by. Long distances have ceased to be a problem. Also, we connect with people from other countries and other cultures every day. These people are increasingly closer and more accessible to us. Nowadays, it seems that there are more people interested in moving to a different country.

Although some move to another country out of necessity, many others do so to improve their quality of life or to study or work abroad. The truth is that traveling to a place and moving aren’t the same things. When you plan on living abroad, you must settle into another place. Also, you must adapt to another way of life.

Psychology is also interested in this type of adaptation to other environments. During the last decades, several investigations have focused mainly on the stress of the unknown, on each person’s ability to face another culture.

However, at least until recently, there has been no information on how the social norms of other cultures impact people’s well-being. A team of researchers from the University of Essex, led by Nicolas Geeraert, released a report on the impact of social norms and on the personality traits that influence immigrant adaptation.

The rigidity of social norms

Despite the fact that we live in a globalized world, social norms still divide and distance people the most. They also make it difficult for new residents to adapt.

Basically, this study tells us that there are “difficult” countries to adapt to. This is due to the rigidity of their social norms and the low tolerance to any deviation. In contrast, there are more “flexible” countries with less rigid social norms. They tolerate differences.

There’s no doubt that, in this scenario, the adaptation of people born and raised in “difficult” countries or cultures are the ones who best adapt to living abroad. These people have a keenly developed sense of social norms. Thus, it’s very easy to recognize them and integrate into them.

It doesn’t matter if you were born into one type of country or another. What the study confirms is that cultural narrowness has a negative impact on the ease of adaptation to other cultures. The factors that significantly reduce this impact are:

Geeraert’s team worked with 889 volunteers who participated in an international exchange program. They were all high school students who lived with a family for 18 months in the destination country. They attended the local school.

A total of 23 countries participated in the study. Some of them, such as India, Malaysia, Japan, and China, are considered particularly “difficult”.

On the other side of the spectrum, there were more “flexible” countries such as Brazil, Hungary, New Zealand, and the United States of America.

The conclusions confirmed the expected results after analyzing the collected data. The research team discovered that:

In conclusion, it seems that the two most important factors related to adaptation to living abroad are personality and cultural factors.

The Psychological Benefits of Traveling
Read more »
Link copied!
Interesting Articles
Personal Development
The Roadmap: The Importance of Having a Life Project