Isadora Duncan's life was a combination of talent, rebelliousness, and tragedy. Not only did she revolutionize classical ballet but she also dared to think and express herself freely, without caring what others thought about her. 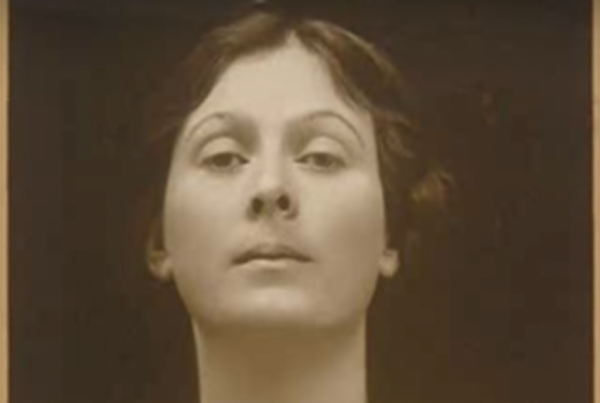 Isadora Duncan was one of those women who came into the world to break the mold. She’s the founder of modern dance, and one of the most fascinating and revolutionizing personalities of the art world. What’s more, her life and death unraveled in unusual circumstances.

Isadora Duncan’s life was also tainted by pain and tragedy. Those who met her described her as a generous and maternal woman. To the audience, she was an artist who expressed her emotions through her body. And most importantly, she was a woman who always spoke her mind.

Her dance style was full of emotion, she dared to fight the classical-dance rigidity, and she offered more genuine movements.

In her autobiography, she said that she fell in love with dancing as she watched the sea waves. That’s why her movements were free and fluent, endowed with great emotional expression, as if she let the waves sway her body.

Her real name was Angela Isadora Duncan, and she was born in San Francisco, California, on May 27th, 1877. Her father, Joseph Charles, was a loan officer and her mother, Mary Isadora Gray, a music teacher. She was the last of four children, and, sadly, her father left the family when she was very young.

The family went through a tough financial situation, so Isadora’s mother started teaching piano lessons in order to cover the expenses and, later on, she founded a dancing school. The two older siblings worked as dance instructors at their mother’s school. Thus, when Isadora was only 10 years old, she decided to leave her studies in order to work at the school with her brothers, teaching young children to dance.

Later, the family moved to Chicago, where Isadora studied classical dance. But a fire broke out in their house, leaving them homeless, so they had to move again, and this time they decided to go to New York City. In the Big Apple, young Isadora Duncan managed to find a job at a theater company. Her father, who had never gone back to the family, tragically died in 1898 in a shipwreck.

Perhaps it was her admiration for European classical music that encouraged Isadora Duncan to travel to Europe. She convinced her family to go with her, even when, back then, migration happened the other way around: people from Europe migrated to the United States. Thus, the Duncan family settled in London and, later on, in Paris.

Isadora dedicated lots of time to visiting great European museums, and especially admiring Greek art. She adopted some of the postures she saw in sculptures into her dance routines. Her previous experience and these observations shaped her style, which changed the history of dance forever.

Duncan then started to go on stage barefoot and with a Greek-style gown. She also let her hair loose and danced to the rhythm of arrangements that weren’t made for dancing. She improvised and came up with movements during every performance. Tutus, veils, and rigid movements from classical dance were left behind.

As you’d might expect, people often criticized her in the early years of her career. However, in no time she sparked admiration in experts and critics. Not only was she irreverent in the dance world, but her personal life was full of scandals as well, at least for the standards of her time. That’s why Isadora decided to ignore the obstacles she faced and went on to be a single mother of two sons.

She had many lovers, some of them quite famous. There were also rumors about her alleged homosexuality, but there was no evidence to prove it. Hers was an extremely scandalous personality at the time. In one occasion, she took off her gown to expose her breasts, defying the audience.

Moreover, in Argentina, she danced the country’s national anthem at a bar. She definitely was a reckless woman, one that wasn’t at all careful with her finances. For example, she once had to pay a hotel bill with a fur coat and some jewels. For this and many other scandals, people in the United States started to call her “communist bitch”, for a harangue she threw in front of the public.

A tragic ending for Isadora Duncan

The most difficult moment in her life took place in 1913. Her two sons, still very young, died in a car accident in the Seine River in Paris. It took her years to overcome this tragedy… if she ever did.

Isadora Duncan deeply admired the Russian revolution. In fact, Lenin invited her to live and do her art in Russia. There, she met poet Sergei Yesenin, 17 years younger than her, whom she married. The marriage lasted very little, due to Esenin’s alcoholism, which sent him to a psychiatric hospital, where he committed suicide.

Two years later, in September 14th, 1927, Isadora Duncan passed away. She was wearing a long scarf that covered her neck. Unfortunately, she hopped on a car and the scarf got tangled in one of the wheels. They say her last words were “Je vais à l’amour” (“I am off to love”), referencing a private date she was going to attend that same day.

Irreverent, fascinating, and atypical without a doubt: Isadora Duncan is one of those unforgettable figures who went down in history due to her talent as a dancer, but also for breaking the standards that society expected women and artists to meet, especially in the dance world.