Bet On Your Intuition 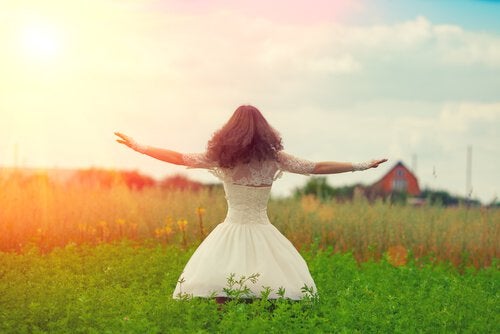 Intuition can be defined in many different ways: the ability to understand something immediately, without the need for conscious reasoning; the ability to unconsciously make quick and accurate decisions, etc.

Every day throughout our entire lives, we’re continuously making decision after decision. Up until 10 years ago, social psychology experts believed that making decisions was something that needs to be done consciously and logically.

We were encouraged to write long lists of pros and cons of each decision, in an attempt to make the best possible decision.

We are currently very much aware that intuitive decisions are just as valid, and even more so that the conscious, logical and rational ones.

Throughout your day, you make decisions instinctively and quickly, without going through complicated, logical or mathematical strategies. You walk in a certain direction to get somewhere, you buy one magazine instead of the other, etc.

If you rationally analyzed every single decision you made throughout the day, it would be utter chaos. You would never be on time for anything and it would take hours to decide on anything.

Intuition is defined as the feeling or sensation that is instantly produced in the brain for unknown reasons, which pushes us to decide and act in a certain manner. For that reason, intuition tends to manifest into emotions and physical sensations.

“Have the courage to follow your heart and intuition. They somehow already know what you truly want to become. Everything else is secondary.”

If we want to make a decision, it’s important to focus on how we’re feeling, the physical impact one decision makes over the other, etc.

Sometimes it’s good to ignore the informational side of your decisions, and use less information to be quicker and make more efficient ones.

Daniel Kahneman, Nobel Economy award winner, has written the book Thinking, Fast and Slow and explains that you have two ways of thinking:

The first system describes quick decisions and the second, conscious decisions. But on many occasions, we don’t know which route we’ve taken to make our decision.

How to make your decision

The process of making the correct decision doesn’t require that you weigh a ton of options, but instead just choose the one you need.
Your choices will be related to a simple series of processes and general rules your brain has learned along the way. Your job is to choose the right rule for the right time.

“It is by logic that we prove, but by intuition that we discover.”
-Henri Poincaré-

For example, if you looked at falling in love and thought about it rationally, you would have to make a list of all the possibilities, meaning you would detail each and every man or woman, their individual pros and cons, and “what’s in it for you.” Then you would have to figure the probability that what you’re wanting would actually happen in the first place.

Freud stated: “When making a decision of minor importance, I have always found it advantageous to consider all the pros and cons. In vital matters, however, such as the choice of a mate or a profession, the decision should come from the unconscious, from somewhere within ourselves. In the important decisions of personal life, we should be governed, I think, by the deep inner needs of our nature.”

The truth is that we fall in love based on instinct, based on intuition.

“Let yourself be silently drawn by the strange pull of what you really love. It will not lead you astray.”
-Rumi-

In other cases, as mentioned by psychologist Ger Gigerenzer, we make decisions based on what we know. For example, we choose to buy a book because it’s been recommended to us, or we answer a question a certain way because it’s what sounds right to us.

Therefore, based on all of that, you could say that we all have intuitive intelligence.

This term was first used by Canadian sociologist Malcolm Gladwell, who states that we have the capacity the determine what’s most important in a short amount of time, and he named that ability “intuitive intelligence.”

Our current problem is that we’re given too much information at once and it impedes our ability to make a quick, efficient decision. This is why it’s considered better to have limited options so as to make more accurate and efficient choices.

It’s really not about reasoning, but about listening to your subsconcious and your emotions.

There are certain things that get in the way of our natural intuitive intelligence, including excessive amounts of information, stress, and prior judgement and misconceptions. All of these brakes need to be overcome to be able to adequately develop your intuitive intelligence, in such a manner that you become capable of making decisions in less time, more efficiently and with less information.

“Intuition is a spiritual faculty and does not explain, but simply points the way.”
-Florence Scovel-

Friedrich Nietzsche once said "There is always some madness in love. But there is also always some reason in madness".…

Psychology
5 Meditation Mantras For You to Try

Smoking can seriously affect our health. Poisoning our bodies, knowing full well that it has an immense ability to harm…