The Best Ways to Deal with Criticism 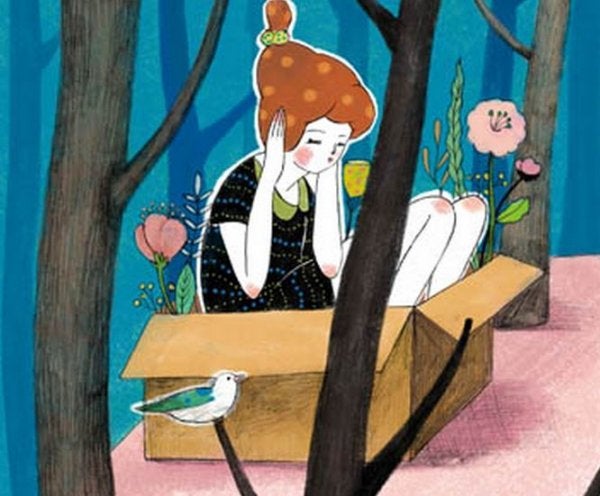 Everyday we face criticism. It’s very common, and yet it is very difficult for us to get used to. It’s always hard to accept, especially coming from people we care about.

Acceptance is the first step. If we do not realize that criticism is normal, our frustration will kill us. Unless we live on an island, separated from the rest of humanity, there is always someone who’ll say something negative about us.

At the same time, we must also accept that we (some more than others) have done the same thing at some point. Perhaps innocently or in a more destructive fashion. Maybe we did it because others were doing it too. But we have to accept that sometimes we criticize others and other times we are the objects of criticism.

Patience requires utilizing all of our resources to maintain peace. It is done by not being impulsive and staying calm; letting your immediate emotions cool down so you can analyze the situation and act more rationally.

These tools, among others, include taking a deep breath, making yourself stay quiet for a few moments (by counting if necessary), or focusing on something different like an image or a nice memory, for example. This exercise will cause the problems to seem somewhat simpler and prevent us from worsening the situation by saying or doing the first thing that comes to mind. It is certainly the smartest way.

We always find people who will do us harm. In some cases they are toxic people, but in many other cases they are people who hurt us unintentionally. Whatever the reason, disappointment and pain are inevitable in our relationships with others.

If we are incapable of forgiving, those negative emotions will accumulate to the point of being impossible for us to be happy. We cannot change the world to to make it perfect, but we can change ourselves.

Forgiving means accepting what has happened and letting it go. It involves putting things in the past and not letting them affect the present. Although it is not easy to do, it is most beneficial to us because it is how we move forward.

Not all criticism is created equal. Someone may criticize us fairly because we have done something inappropriate, and that person just is just trying to be honest and help us. This would be considered fair and constructive criticism because it is a vehicle for improvement.

Destructive criticism, on the other hand, is done in bad faith. It’s intended to harm and may be based on lies, or certain information about our character which has been exaggerated or distorted. This is usually the result of envy and resentment.

What to do with fair criticism?

When we receive constructive criticism, although we may not like it, we have to view it as something positive. If we get defensive, by denying the situation or even attacking the other person with more criticism, we’ll end up starting an argument.

The solution is to be courageous and rational. We must sincerely accept criticism by recognizing our faults and proposing a solution: “Yes, it’s true what you say, I understand perfectly. I hadn’t seen it that way until you mentioned it. From now on I’ll make an effort to change my attitude. “

What to do with destructive criticism?

This is the most difficult to face. This kind of criticism provokes arguments and therefore, if we respond to it, it can end up escalating to a slew of insults where we may damage our image and end up not winning anything except unhappiness,

In these cases it is advised to be patient and show indifference. Do not enter the game because. The other person is looking to harm us, and if we put up a shield so it doesn’t affect us, we’ll win the game.

Most often it’s people with low self-esteem envy us for who we are or what we have achieved. Criticism is their way of venting envy and an attempt to regain their self-esteem by bringing ours down. Just think, if someone tries to criticize you like that, it must mean you’re doing something well.

What if we’re the ones doing the criticizing?

When we are the critics, the first step is to reflect on our behavior. Why do we do it? Is it because our friends criticize and we’re trying to be part of the conversation? Is it because we’re envious? Or is it because we are ashamed of our shortcomings and we want to show that others also have flaws?

Reflection will help us to change it. It is never too late to improve or change what we do not like about ourselves. Demonstrating empathy and learning to put ourselves in others’ shoes is an exercise that will undoubtedly make us feel better.

Staying away from criticism

No doubt, criticism is so entrenched in our society that it would be naive to think we could totally escape it. But by making small changes in our life, we can rid ourselves of its negative effects.

Learn to accept constructive criticism and use it as a springboard for improvement. Ignore unfair criticism and stay away from the toxic people who promote it. Avoid negatively criticizing others as much as possible and do not participate in conversations where people are criticizing others. You’ll certainly improve your peace of mind and live a calm, happy life.

Only when we are willing to become uncomfortable can growth really happen. Everything you desire is just outside of your…

Some people are surprisingly serene in any situation, while others are characterized by feeling incapable of facing their emotions. The latter are constantly overwhelmed…

All human beings need protection. Sometimes we're fragile and feel a deep need to be protected. This is a fundamental need that exists…

Wellness
You Can't Choose Your Emotions, But You Can Choose What to Do With Them

Feeling jealous, angry, or sad is as natural as breathing. There are certain emotions that are inherent to the human condition,…

Wellness
It Is Best Not to Linger Where You Cannot Love