Becoming a Minimalist: 5 Lessons I Learned 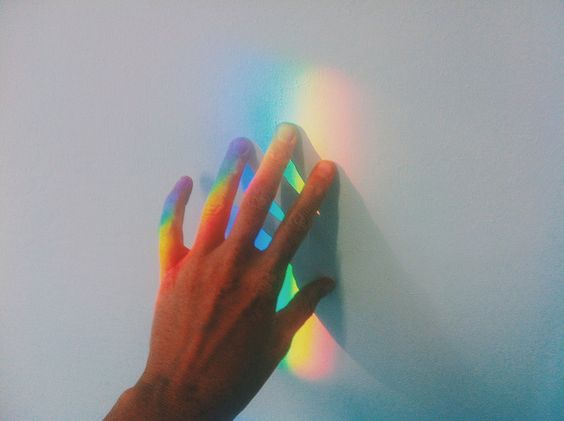 I’ve always considered myself to be person who appreciated and valued what little I had, or at least I tried to be. But my closet full of clothes, and the huge amount of books piling up on my shelves and invading other pieces of furniture suggested otherwise. I had too many things I used for decoration, designed for some other purpose. So I decided I’d try becoming a minimalist and get rid of everything I didn’t need. And that was when the 5 lessons I learned appeared and completely changed my life.

1. Now I Really Use What I Have

One of the first lessons of becoming a minimalist was that more things doesn’t mean more options. In fact, it took me a long time to realize that even with all the clothes I had in my closet I always ended up wearing the same things. Some of them were things I saw as just for special occasions, some were too new for me to start using them in my day to day. In the end they were relegated to the back of the closet, where the only three or four useful pieces of clothing.

Books you’re never going to read, things that just take up space, after you get rid of everything you don’t need, your life will take a 180 degree turn.

So, what I did was “clean up.” I got rid of anything I didn’t use and also started to wear the things I really liked: I stopped imagining what wearing something for the first time would be like and wore things out for the first time. In fact, I even discovered clothes I didn’t know I had and loved them. How could I have just stuck them in a secondary place?

2. I Think Twice Before I Buy Something

Without a doubt in my mind, that first step was essential in order to reach another lesson. When I became aware of the clothes I had, but aware of the ones I hadn’t realized, I no longer had any need to buy those clothes I wanted.

The same thing happened with things, books, and other basics. I know that advertising’s goal is to sell and make us think we need something we don’t actually need. A new computer, a new chocolate, the best insoles for your shoes…Ultimately, too many elements that end up going unused or unconsumed.

As far as food, what’s the likelihood I go through it before it expires? That’s a question I always ask myself, especially when I go by the dairy aisle. Buying food just for it to go bad doesn’t make sense, just like buying things just for them to take up space. This is a really valuable lesson!

The best thing about becoming a minimalist is that our cleaning activities start to become considerably less. Personally, I spent an awfully long time cleaning the whole bathroom because, between the dirty clothes, hair and body products, magazines, too many towels…It was a total mess. I don’t even know what to say about my room, full of books I was never going to read. In the end I spent more time moving things from one place to another than actually cleaning.

Because of this, now that I have only what I need, the things I’m really going to use, I can make better use of my time, and that’s something we should always be thankful for. Time is very valuable and the less of it we spend invested in unnecessary actions the better. So, having less things allowed me to clean and organize everything much faster.

4. I Started to Focus on the Present

One of the next-to-last lessons I learned was that all this disorder surrounding me was very related to my past and my present. There were certain things I didn’t wanted to get rid of because they reminded me of a special moment or they were a gift. But, I wasn’t going to use them, either because I didn’t like them or because they were broken and unused.

Other things, like I mentioned at the beginning, accumulated from my fear I might need them in the future. Up until I became aware that if at some point I wanted something I could buy it, without needing to hold onto it until that moment. Because, maybe, it could be that the occasion would never arise, and then my action would have been completely pointless.

So, I started to focus more on the present, valuing what I had, throwing out what I didn’t need, freeing myself of those “what if…”, forgetting those “but it reminds me of…” Collecting things out of a future justification was over.

This is one of the last lessons I learned and one which was truly useful to me. A lot of the time we think we are what we have, maybe because we bestow it with some big value. But, in the end they’re all things, so I asked myself a question: what would happen if my car burned up, for example? I would feel bad, of course, but it can be replaced.

I remember a piece of news from a town in Alicante, a few months ago, that talked about how a man had died from trying to prevent a huge flood from dragging away his car. The consequence? He drowned. Is it really worth it to give up our lives for something material?

“Throw out, clean, organize. Nothing drains more energy than a space cluttered with things from the past that you no longer need.”
-Dalai Lama-

Becoming a minimalist opened my eyes to new possibilities. The lessons I learned taught me I can love what I have and give it value, but never turn into a slave to these things or let them define my life. Because material things don’t bring happiness, and I can still appreciate some of them. So, how much money have I lost on those things that’ll never have any real use? How many new things haven’t entered my life because I didn’t have space for them?

Images courtesy of Her Tea Leaves

The theory of the unconscious formulated by Sigmund Freud was a milestone in the history of psychology. This strange and…

Psychology
The Benefits of "Wasting Time"

"Stop wasting your time... " "Why are you just sitting there!" "Get up and take advantage of your time." All of…

Psychology
What Is An Antidepressive Mind?