Happiness is not about having a lot of toys or getting everything we ask for. Happiness is satisfaction, self-esteem, and a healthy love for ourselves. This is why assertive children are more confident, cheerful and easily relate with everyone and everything around them. 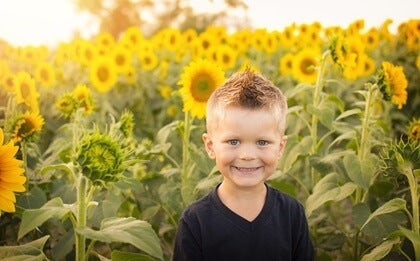 Assertive children are happy children because they learned to communicate exactly how they feel and what they want. Because they rise up knowing their limits and boundaries, thus improving their social performance.

Note that regardless of the fact that some people are excellent at interpersonal relationships, their social competence isn’t innate. As a parent, or even just as an adult who interacts with a child now and then, keep in mind that you’re a role model for every little one you come into contact with. Be the example they should follow to develop healthy social skills.

We could say, rather confidently, that sometimes we either neglect to provide children with the models they really need. Yes, we want them to succeed in life so we enroll them in the best schools (right after they’re born). We pay for and fill their schedules with all sorts of activities such as sports, music, and languages.

We even go as far as staying in touch with their teachers to make sure they’re right on schedule with their lessons. In addition, we also care about and have a say in the type of people they come into contact with, especially those they befriend. We pay attention to everything they do, even in regard to their use of technology such as TV and electronic devices.

Yes, you’re doing the best you can as a parent. However, are you as proud of your emotional intelligence? How about your social skills? We only ask because many of us take those things for granted. Things such as self-esteem, assertiveness, and even self-concept are part of our genetic code. Furthermore, they’re shaped as we grow.

Now, let’s not get it wrong. These are traits that should be nurtured daily. It requires a delicate, intuitive, and firm guiding hand to raise children with skills in every basic area in their life. Skills that will bring them happiness and psychological well-being. Let’s delve deeper into an essential value: assertiveness.

“I think we all have empathy. We may not have enough courage to display it.”

How to Raise Assertive Children

In order to raise assertive children, you’ll need patience and sensitivity. Often, parents, mothers, and even educators say there are two types of boys and girls:

Thus, being able to raise assertive children is a way to invest in their happiness. This is the subject of studies such as the one published by Gertrude E. Chittenden in the Society for Research in Child Development. We’re investing in and contributing to the creation of a respectful society.

Teach Children about the World and Show Them Boundaries

In order to raise assertive children, you must instill the following idea in them at an early age: the world is full of boundaries and we all must respect them. Educating a child isn’t just about telling them what’s good and what’s bad. There’s a lot more to it than morality: Things such as civility, respect to all creatures, and the need to adapt to social codes in order to coexist.

The world is full of physical, emotional, and even financial limits. For example, we shouldn’t spend money on things we don’t need.

Children understand more than we give them credit for. Moreover, even before speaking fluently, they already understand a lot more than they can express. Thus, it’s never too early to begin teaching them the following principles:

Another essential thing here is we can’t ask children to comply with rules that we don’t follow ourselves. Thus, if you talk to your spouse aggressively and disrespectfully, then your children will imitate your communication style.

If you care to raise assertive and happy children, then be more than a role model. Be their daily inspiration as well.

State Their Duties but Respect Their Choices and Give Them Privacy

Children, especially from the age of age, are going to demand their own space and privacy. It’s something parents should respect. This way, you’ll earn their trust and they’ll feel safe to share things with you at any given moment.

Another way to boost their assertiveness is by giving them responsibilities that are appropriate to their age. It boosts their sense of competence and self-worth.

Last, but not least, parents and educators should instill emotional intelligence in children. It’ll help them manage their emotions, control their impulses, and improve their social skills. Emotional communication is fundamental to their daily life.

As you can see, there are many concepts and values ​​you must instill in your children. It’ll open a whole new world to them and, little by little, they’ll become assertive. It’s an adventure that’ll last forever. There’ll be bad times and good times, so be patient. First and foremost, be attentive. Be that kind observer that knows when to jump in at any given moment.

Treat Your Children With Care: They Are Made of Dreams
Childhood has its own rhythm, its own way of feeling, seeing and thinking. Trying to substitute that with our own ways is a mistake. Read more »
Link copied!
Interesting Articles
Educational Psychology
Teenagers and Risky Behavior: Why They Do It

Educational Psychology
Why We Shouldn't Be Friends with Our Children

Why shouldn't we be friends with our children? Many parents are still surprised when they're told that it isn't good…