Are You Addicted to Chaos? 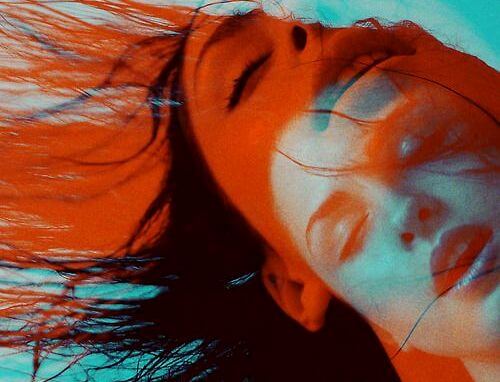 Chaos addicts are more common than you can imagine. They are always at least fifteen minutes behind and that’s why they arrive late, running and panting. They apologize and blame the traffic.

They are also desperate at the end of the month, when the bills arrive and for the umpteenth time they find that they bought more than they could afford and now have a serious problem. Everything is lost, they never find anything, and they always mistake information.

They are also bullies. They are the kind of people who fight for everything. They blame the grocer because the cookies went up in price. They reproach the taxi driver for driving too slowly, even if the traffic does not let him move forward on a street. They are fighting with something or someone all the time.

“Chaos implies greater freedom. In fact, it is total freedom, but without any meaning. I, on the other hand, want to be free to act and for my actions mean something “

Addicts to chaos are also tremendous messes. Their closet is a space of terror. Next to a sweater there may be an orange and under a pile of badly folded clothes, there may be the keys to the front door which they lost two months ago. If someone questions their mess they deny it. They say that they do not have time, that order is only for those who are “not busy”.

Addiction to chaos and its physical origin

All addiction is related to some degree of dependence on a substance. In the case of addiction to chaos the substance is inside the body and is called “adrenaline.” In the strictest sense, chaos addicts are actually addicted to adrenaline. That is why they seek and generate situations that lead them to generate this substance.

Chaos is defined as disorganization, lack of coherence, disorder or dispersion. Whenever a human being is confronted with such situations, she develops defensive responses for action or attack. At the same time, these reactions are accompanied by a series of chemical changes. The most important of them is the production of adrenaline and cortisol, the stress hormones.

Many people want to free themselves from stress, but the chaos addict, on the other hand, feels a fatal attraction to everything that disturbs her. There is a joy in experiencing that tension and that state of permanent defense.

The problem occurs when the threatening situation is resolved, or happens, in the body there is a decrease or a cut in the production of that substance. What follows is a state of depression, which the addict can only overcome if she gets into more trouble, or generates new conflicts, or makes new mistakes.

Generally, every addiction fulfills the function of covering up a much deeper conflict, which has not been solved. This compulsive tendency to create new problems is no more than a strategy for attention, in those problems that reproduce as viruses and that always demand an urgent solution.

Anguish is a form of imprecise fear and it is because it fails to locate an object to address. In other words, you feel fear, but you cannot define what that danger is, where it is, or if it even really exists. It is only experienced as invasive fear.

Generating chaotic situations is a way of unconsciously fulfilling two objectives: finding an object to which anguish can be directed and letting that anguish emerge with all its strength, to live it and, apparently, to channel it towards specific actions of defense. But as the underlying problem remains latent, it is necessary to restart the cycle again and again. It ends up becoming a way of life.

It is not easy to overcome any addiction, including this one. The most important thing is to recognize what that underlying conflict is that drives you to constantly get into trouble. But to get there you must dig deep into yourself, which can be be helped along by strategies such as meditation or therapy.

In principle, what is recommended is to exercise the ability to be alone, quiet and silent so that the body stops resisting the lack of tension and therefore the restlessness disappears. In addition, in this way we will make it easier for the conscience to open up so those old sufferings that have not yet healed can emerge.

Do you know what the butterfly effect consists of? And what repercussions it has? … And what can we do to put it in our favor? See more

Psychology
These are My Scars, They Made Me Stronger: Kintsukuroi

Kintsukuroi is a method of healing emotional wounds. It is inspired by the ancient Japanese art of the same name…

Psychology
Make These Changes for a Happier Life

Whatever individual goals a person may have, we can all implement a series of changes that can help create a more satisfying and…