Aporia: The Wisdom of Contradiction

What came first, the chicken or the egg? Few questions incite as much reflection and contradiction as aporias do. These plot knots invite us to think about life's contradictory paradoxes. Learn more about them with us! 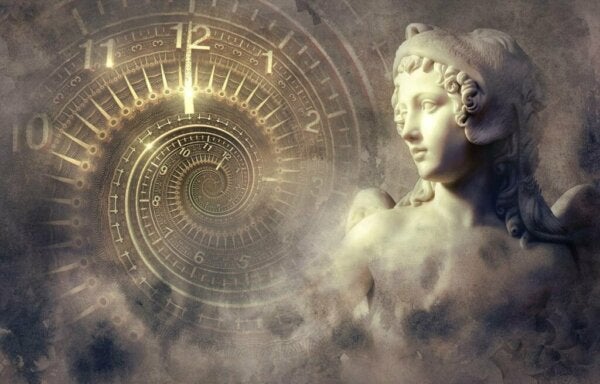 The term aporia comes from Greek. We can define it as a state of uncertainty or perplexity when exposing ourselves to two opposing but acceptable arguments. For example, it’s William Shakespeare’s classic “to be or not to be” or the classic question of “What came first, the chicken or the egg?” These unsolvable questions refer to philosophical dilemmas that don’t get you anywhere.

However, in the past, and in the time of Plato and Socrates, this type of reasoning was a great way to start debates and deep dialectical exercises. The key was to raise a doubt or to launch a rhetorical question. In that way, they’d achieve a transition between the ambiguity of the world, life’s contradictions, and the intricate reasoning that has and doesn’t have meaning all at the same time.

Moreover, if there’s something we must assume, it’s that the reality that surrounds us is full of insufferable aporias. Here’s an example. Undoubtedly, we’re an incredibly individualistic globalized society. All humans are free. However, at the same time, they’re victims of a thousand conditions, of infinite mechanisms that mold and standardize them.

Aporia is the wisdom of contradiction; it invites us to make valuable reflections that don’t really have a point in the end.

What they are and their purpose

When referring to aporias, it’s inevitable not to cite the sophisms of Greek philosopher Zeno. One of them was known as “the paradox of Achilles and the tortoise”. The essence of this idea was based on an argument: such movement doesn’t really exist. The Stoic sage conceived mobility as a concatenation of resting states (as a sum of still images).

Therefore, for him, a tortoise could be as fast or even faster than Achilles, the one with the light feet, because movement, like time, is a mere illusion. Following this premise, he explained that, when one shoots an arrow, in reality, it doesn’t move at any time. Instead, its motion is the result of the infinite sum of its resting points. What’s there to say before this type of reasoning? Well, if you base yourself on classical mechanics and Newton’s laws, you could completely refute it.

However, if you integrate it into Zeno’s own perspective on the succession of resting states, you can surely come to understand it. Therefore, by understanding these examples, it’s possible to realize that we’re all familiar with the sensation of aporia.

Think about it. This term refers to that uncertainty you sometimes experience when exposed to two contradictory ideas, which can both be interesting and even valid sometimes. It’s a knot of perplexity that, although not directly decisive, invites you to ponder.

Deconstructing in order to discover: the value of everyday contradiction

Aporetic is an interesting adjective that you should take into account more often. In fact, it’d be good to acquire this characteristic, this exercise of reasoning and reflection with which you can deconstruct many realities in order to discover that there are more options and perspectives.

In aporia, deconstructing means two things. For one, allowing yourself to discover the contradiction behind everything around you. Secondly, accepting that, on a daily basis, there are ideas that are opposite in essence but that that can still be accepted. Moreover, it’s possible to learn from each approach, even if it’s irreconcilable. No matter what, the main goal here is none other than to awaken perplexity to reflect and accept the opposite as another part of life.

As of now, people like to use the term aporia as a synonym for difficulty. In that case, it represents a dead end, a challenge with no apparent rational solution. However, for Greek philosophy, it was more like a riddle, like an exercise that encouraged dialogue, the exchange of ideas, theories, and approaches to knowledge.

You shouldn’t consider aporia some kind of mindless Gordian knot. On the contrary, this state of uncertainty encourages analysis and reasoning. Therefore, it’s important to understand the two existing typologies.

Argument aporia: part of a doubt

In this type of aporia, the starting point is always a question thrown into the air, one that often serves as a question for others to think about even while knowing that it doesn’t have a clear answer. The goal is none other than to favor ideas and arguments.

Interestingly enough, most aporias always start from questions. “What came first, the chicken or the egg?” “Can we always believe what our eyes see or do we see through our personal interpretations and judgments?” “Is the color orange named after the fruit or is it backward?”

Tonal aporia: part of an opinion

In this second typology, we’re facing a somewhat aggressive aporia or, at least, taxation. In this case, one doesn’t seek dialogue but to impose the truth. It’s as if we were limited to pointing out exclusively that “the hen came before the egg”. The idea continues to cause a contradiction, but the phrase has a determined tone and seeks to convince the other of a preconception.

In all cases, the most appropriate aporia would be the one that starts from a question. That’s the only way to encourage dialogue and reflection.

To conclude, there’s an undeniable fact beyond the classic metaphors that Plato and Aristotle used with their students through rhetorical questions. In today’s world, people like to spread multiple aporias. Politics, society, and the world of advertising, among others, won’t stop confusing the public with their multiple paradoxes.

It’s true that, from our position, you can’t really solve anything. The contradiction is sometimes continuous: you can come to understand all positions and still be caught in perplexity. Realizing, assuming, and reflecting on those antagonistic universes can enrich what you already know as the wisdom of contradiction.