All About the Myth of Achilles

Few myths are as popular as Achilles'. What does mythology say about him? Keep reading to find out. 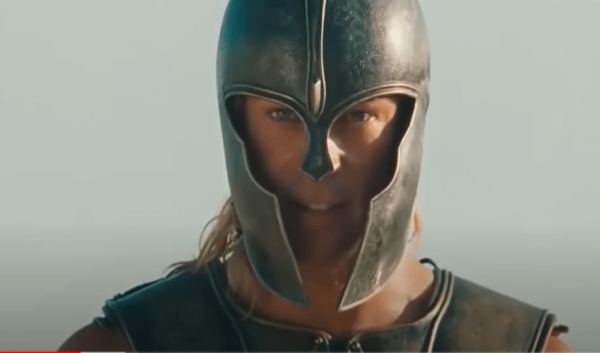 The myth of Achilles talks about the prototype of the epic hero; a mortal but almost perfect and practically invulnerable being. This character was the most prominent figure in the Trojan War and one of the most important protagonists in The Iliad.

This warrior was considered the fastest of all men. The myth of Achilles points out that he was also called the most beautiful of all the heroes who participated in the Trojan War.

The myth of Achilles is incredibly important, so much so that it now takes part in the world of anatomy. The Achilles tendon, which is located at the back of the leg, is named in memory of this mythological hero who was worshiped in various regions of the ancient world.

The origin of the myth of Achilles

According to the myth of Achilles, this hero had a very particular origin. His mother was Thetis, the nymph of the sea, daughter of Nereus, the old man of the seas, and endowed with unique beauty. Hera, the wife of Zeus, educated her. Despite this, Zeus himself claimed her, as well as Neptune, who was the god and master of the oceans.

The myth says that the titan Prometheus gave Zeus an oracle, which yielded a fearless prophecy. It said that Thetis would conceive and give birth to a son with great abilities and who would become so powerful that he’d be able to take over his father’s reign. Faced with such a prediction, Zeus and Poseidon gave up their interest in Thetis.

Furthermore, the beautiful nymph married Peleus, a mortal prince. From here on, there are two different versions of the myth of Achilles. The best known says that his mother, knowing that her son would be a great hero, wanted to make him immortal. In order to make that happen, she took him to the waters of the Styx lagoon (which led to hell) and submerged him there. However, she held him by the heel, which made that area of his body vulnerable.

But there’s another version that says that Thetis smeared her son’s body with a divine substance called ambrosia and then set him on fire to burn the mortal parts of his body. Her husband caught her red-handed and forcefully took the child from her, causing his heel to be charred. After this event, Thetis left the two of them behind.

As a child, Achilles showed just how fast and strong he was. He also proved to be tough and eager for glory and violence. His most important teacher was Phoenix, a wise and brave centaur. During his childhood, Achilles met Patroclus, with whom he maintained a friendship for the rest of his life. Later on, he became a disciple of Chiron, which led him to complete his training.

To keep Achilles out of the war, his father sent him to the court of King Lycomedes, disguised as a woman. He was there for a while and conceived his only son Pyrrhus/Neoptolemus. Odysseus saw him and asked him to go to Troy with him to rescue Helen.

The myth of Achilles says that his entry into the war showed his great abilities and caused the enemies to fear him deeply. The stunts of this demigod became legendary, especially when he defeated Cieno, son of Poseidon, and Troilus, son of Apollo.

The death of a hero

The Trojan War was long and violent. Achilles was the most feared and the most beautiful of all the warriors. He didn’t know fear but was feared by all. Many of his opponents fled before having to face him because they all considered him invincible. These were the circumstances when the enemies struck down Patroclus, his childhood friend, on the battlefield.

The myth of Achilles says that, from that point on, this amazing hero fought more fiercely and without mercy. He only wanted to avenge his friend’s death (who had died at the hands of Hector). Hephaestus, the god of fire and forges, made him a special armor since an oracle had announced that he was going to die after the fight with Hector. However, he ended up defeating him.

A while later, Paris, guided by Apollo, and knowing the warrior’s only weakness, wounded Achilles’ heel with a poisoned arrow. The hero died and was mourned for 17 days by Thetis, his mother, and the Nereids, his sisters. The paradox is that he’d said that he wished to live fast and die young.

Culture
What You Should Know About Angelman Syndrome

On several occasions I have reflected on the way that our work serves a higher purpose. Humbly and honestly I…