Annihilation - An Exploration of the Unknown

What would you do if you were thrust into the unknown? The 2018 movie Annihilation explores how a group of people responds to an unprecedented situation. 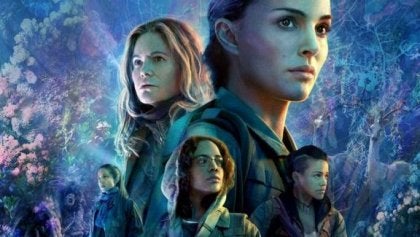 Imagine that, one day, a specific area of the world transforms into something completely different. So different that it’s unlike anything you’ve seen before. A place that you admire but also fear. What would you do? Would you investigate or observe from a safe distance? Alex Garland’s latest movie, Annihilation, starring Natalie Portman and Oscar Isaac, plunges you into that very situation and feeds your curiosity about the unknown.

The movie is based on a Jeff VanderMeer novel of the same name. The story imagines a different world in which a section of the Earth takes on a strange quality. The premise of the movie is that, after a meteorite crashes into a lighthouse, the surrounding area starts to change. A kind of bubble slowly expands outward from the site.

The movie opens with a man in a hazmat suit interrogating a biologist named Lena, played by Natalie Portman. Although she’s not sure what’s happening, the man questioning her confirms that she’s been gone for months and that her colleagues have disappeared. With this mysterious beginning, Annihilation introduces us to the world of the unknown and, indirectly, the world of research.

The plot revolves around Lena, a biology professor who teaches about cancer cell reproduction. Her husband, Kane (Oscar Isaac), has been missing for a year. Kane was in the military and he went on a mission that Lena knew nothing about. He returns suddenly but doesn’t remember anything. He has no idea where he’s been or what he’s done, but he seems to be sick.

Without giving away too much about the movie, we can tell you that it’s about a place called the Shimmer. That’s the name of the area around the meteorite crash site that’s slowly expanding. Although several people have entered the Shimmer to explore it, only one person has come back. That person is Kane, Lena’s husband. However, he doesn’t remember anything about what happened while he was there.

Everyone who entered the Shimmer so far has something in common: they were all in the military. This time, however, the new team that’s going into the Shimmer is different, as it consists of female researchers, prepared to do a scientific study of what they find. Lena chooses four women who are willing to investigate what’s happening inside the Shimmer. The women, experts in psychology, physics, geology, biology, and medicine, set off on an adventure.

“The quest for certainty blocks the search for meaning. Uncertainty is the very condition to impel man to unfold his powers.”

We’ll end our narration of the movie here because we don’t want to spoil it for any of our readers. If you’re interested in knowing the hidden secrets of the Shimmer, you’ll have to watch the movie yourself. This is because the goal of this article is to analyze the movie from a psychological and research standpoint.

The Shimmer represents the unknown. The unknown usually elicits two reactions. On one hand, it tends to inspire fear. Fear of what you don’t know and of uncertainty. People, as well as places, can trigger this fear. That’s why some people reject immigrants. They’re afraid because they don’t know them or they have completely false beliefs about them.

On the other hand, some people are very attracted to the unknown. Call it interest or a morbid curiosity (because it relates to fear), but things that are new and exotic can also be striking and attractive. The Shimmer is uncertain and inspires fear and curiosity, which leads to two kinds of behaviors: exploration or preparing yourself for the worst. That’s why the military went into the Shimmer. It’s also, of course, what motivated the researchers to do so.

Studying the unknown is a human tendency. It’s what fuels most scientific studies – our desire to understand the unknown. The five women who go into the Shimmer do so to study it. If you think about each woman’s specialty, you can see that they’re trying to understand as many aspects of the Shimmer as possible. Do they achieve their goal? Do they make it back? If you want to find out, you’ll have to see the movie!

Thus, Annihilation evokes a lot of emotions. It places the viewers solidly in a place of uncertainty. The film simultaneously elicits fear and curiosity. That’s why we recommend you to watch the movie with this combination in mind.

What the Future Holds, According to Slavoj Zizek
Slavoj Zizek is a prominent thinker, whose thoughts currently revolve around one idea - that the current crisis is the coup de grâce for capitalism. Read more »
Link copied!
Interesting Articles
Cinema, Television, and Psychology
5 Movies that Will Teach You Something about Yourself