Women and Girls in Science

We should be raising girls with the idea that they can be anything they want. Women can explore space, discover vaccines, and be part of a future defined by progress and equality. 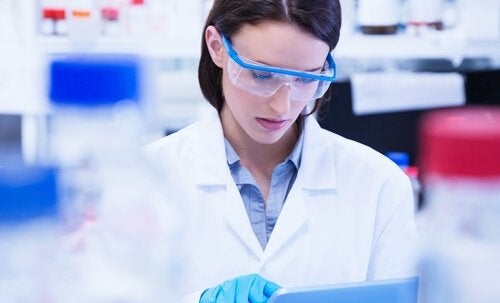 Sometimes, you have to analyze past mistakes in order to create a better tomorrow. Making a more concentrated effort to include women and girls in science is one key part of this attempt to build a more equal future. Until very recently, science has been very male-dominated. However, we’re slowly moving towards more authentic equality.

If you ask any girl or boy to draw a scientist, most would probably draw the same thing: an old man in a white coat. Think of Doc from Back to the Future. In that same vein, if you ask people to name a woman who dedicated her life to science, most would have a hard time naming anyone other than Marie Curie.

Rita Levi-Montalcini, Lise Meitner, Sophie Germain, or Marie Anne Pierrette-Paulze aren’t household names. Maybe this is because men such as Isaac Newton, Benjamin Franklin, Nicola Tesla, or Louis Pasteur have completely eclipsed them in the world of science. Men have always had more opportunities, better positions, and more prestige.

Does that mean that very few women have dedicated their lives to science over the course of human history? Not at all. The problem is that most of them were overshadowed by men. One great example is Mileva Marić-Einstein, Albert Einstein’s first wife. According to her biographers, she was a fundamental part of Einstein’s theory of relativity, which eventually won a Nobel prize.

Women and girls in science

February 11th is the International Day of Women and Girls in Science. The UN established some concrete goals for progress over the next fifteen years, and one of those was to put an end to inequality.

Science, technology, engineering, math… The presence of women in these fields is increasing, which is great. That being said, decisive factors will determine the future of equality. Let’s take a closer look at those aspects.

The weight of gender bias

According to UNESCO reports, less than 30% of the world’s researchers are women. Likewise, only 3% of female students in higher education choose information and communication technologies (ICT) studies. In fact, women account for only 8% in fields such as natural science, statistics, math, and engineering.

Do women simply not have the skills to work in these fields? Obviously not. But there is a problem. The real inclusion of women and girls in science requires the eradication of gender biases. Nowadays, seven to eight-year-old children are already internalizing ideas about what’s “for girls” and what’s “for boys”.

Young children usually image male engineers, scientists, and university professors. These kinds of prejudices have to be corrected from a very young age if we want to promote gender equality. Encouraging girls to get into science and sparking their scientific curiosity would certainly generate some important changes.

Why aren’t there more women in important jobs in science?

We have to face one undeniable reality. As we go up the rungs of professional development, we see fewer and fewer women. There are more men than women in management and decision-making positions. Why? In general, the problem is the failure of policies that encourage equality. Society still sees male scientists as more competent.

In addition, the biggest challenge female scientists often face is reconciling maternity with their professional careers. Often, women are unable to take on jobs with greater responsibility because there aren’t mechanisms in place to support working mothers.

There’s another important factor to consider. The well-known “Matilda effect”, coined in 1993 by historian Margaret W. Rossiter. According to Rossiter, people tend to appreciate the work men do over the work women do.

Female scientific advances and discoveries are often overshadowed. Or, worse yet, a man ends up getting the credit for a woman’s work. As a result, the female scientist gets shut out, unable to get funding for her work, get published, or get promoted.

Women and girls in science: a hopeful future

In short, we should teach girls that they can be whatever they want to be. Let’s open their eyes to the vast world of the cosmos, to the tiny universe of genetics, and the amazing scope of engineering. The inclusion of women and girls in science requires education and opportunities.

All boys and girls, regardless of their situation or country of origin, should have the opportunity to study what they’re interested in. After all, passion is what leads to scientific and technological advances. Having people in the field who are really and truly interested in their work is what makes it possible for humans to advance. If we raise children equally and make it possible for them to develop themselves professionally without prejudices and obstacles, everyone wins.

Culture
The Lion and His Reflection

If you aren't familiar with it, this is a good story with a moral that gets us to stop and think about how we confront our problems and take that…