Amitriptyline (Elavil): What Is It and What's It For?

Amitriptyline is an antidepressant and painkiller that's commonly used for the treatment and prevention of many different conditions. Read on to learn all about it! 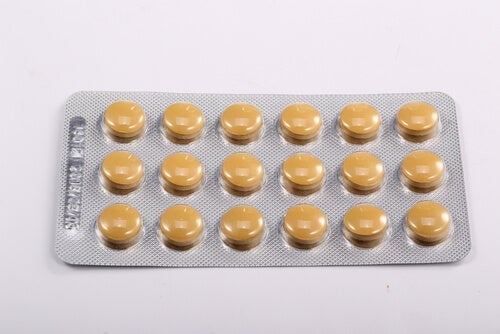 Amitriptyline is a tricyclic antidepressant and painkiller. It was first discovered in 1960, and you’re most likely to see it marketed as Elavil, although it has other names too. It’s also on the World Health Organization (WHO) list of essential medications due to its effectiveness and safety.

Unlike other tricyclic antidepressants, amitriptyline has similar effects as selective serotonin reuptake inhibitors (SSRIs). This has made it one of the most used antidepressants of its kind.

What do people use amitriptyline for?

Amitriptyline is approved and recommended for the treatment and prevention of a variety of conditions:

Sometimes, this drug is used to treat eating disorders or even chronic hiccups.

Like most psychiatric drugs, doctors recommend starting out with low doses. As time goes on, you can slowly increase the dosage based on your tolerance and clinical response. If you want to go off of it, you need to do so gradually.

It’s generally taken orally four times a day. It’s best if you always take the doses at the same hour every day, and you should always follow your doctor’s recommendations for your specific case.

As a tricyclic antidepressant, its mechanism of action is the inhibition of noradrenaline and serotonin reuptake in your nerve endings.

Amitriptyline also blocks ion channels for sodium, potassium, and NMDA (N-methyl-D-aspartate). This explains why it can be good for neuropathic pain and help prevent migraines and chronic tension headaches.

It has a strong attraction to alpha-adrenergic, muscarinic M1, and histamine H1 receptors. Plus, it also has stronger sedative effects and is better at blocking acetylcholine than other tricyclic antidepressants.

It usually takes between two to four weeks for it to start working properly. The sedative properties, though, are usually quick to come. You can also start to experience negative side effects from the first dose.

Your digestive tract is very good at absorbing amitriptyline. Once that happens, it metabolizes into nortriptyline, an active metabolic substance that can also help with symptoms of depression. It’s also better at inhibiting noradrenaline reuptake.

This drug has similar potential side effects as other antidepressants like it, but it has some added anticholinergic symptoms. Here are some of the main side effects to watch out for:

In high doses, it’s also common to experience heart arrhythmia and seriously low blood pressure. But this can also happen in lower doses with patients who suffer from some kinds of heart problems, which is why doctors suggest not using it in these cases. This includes disorders such as heart block, heart rhythm disorders, or coronary artery disease.

Doctors also forbid taking it alongside any MAOI (monoamine oxidase inhibitor) antidepressants. Doing that could lead to serotonin syndrome. Many other drugs can also interfere in the absorption and proper functioning of amitriptyline, so make sure you talk to your doctor.

Just like any other medication, you need to be extremely careful and always follow your doctor’s instructions. Every patient has a different response and tolerance level, and those two things will determine the dose you need.