Every time we hear about icon Amelia Earhart on the news, we learn new clues about the location of her disappeared body and plane. Today, we’ll be discussing the life and death of this extraordinary woman who paved the way to other women in commercial flight. 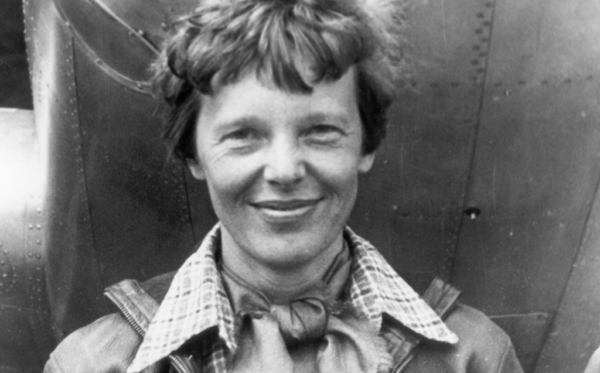 Reporters wrote a lot about Amelia Earhart’s mysterious disappearance. It highly captured the public’s imagination, while generating many claims and theories. However, there was no definitive evidence for the claims. From time to time, new evidence is found, leading to even more theories.

A fixture in pop culture, Amelia Earhart was the subject of many books. But what’s truly interesting about this historic figure wasn’t her death nor disappearance, it was her life. She incredibly influenced many. This record-breaking pilot became a noted leader and social symbol.

Earhart is one of those iconic figures who inspired many. She proved psychological and social barriers can be overcome simply by being decisive. This young nurse fell in love with aviation, a career dominated by men back then. Women couldn’t even dream of being pilots!

She was born on July 24, 1897, in Atchison, Kansas and was raised by her grandparents. She was passionate about adventure from a young age. When she was a child, she moved often. Sadly, the Earharts struggled financially amid her father’s alcoholism.

Earhart studied at Columbia University in New York City. But with the outbreak of World War I, she and her sister went to Canada to care for wounded soldiers. She became a nurse’s aide in Toronto.

After the war, Earhart and a friend visited an Air Fair where there were flying exhibitions. Amazingly, one of the pilots gave her a ride, being her first one ever. Of course, this experience prompted Amelia Earhart to take flying lessons. She bought her first plane in 1921.

That same year, she took her first lesson from a woman. And, two years later, she earned her pilot’s license, becoming the sixteenth female pilot. Amelia Earhart became one of those women who successfully broke down the archaic stereotypes of the era.

A groundbreaking career as a pilot

During the next years, Earhart not only worked as a pilot but she also promoted the thrilling aviation world. Her popularity grew exponentially when national newspapers recognized her as one of the best pilots in America.

In 1928, promoters sought to have a woman fly nonstop across the Atlantic Ocean, just as Charles Lindbergh did the previous year. At that time, Earhart and two other men pilots were selected for the journey.

On June 17, 1928, passionate Earhart departed Newfoundland aboard a seaplane piloted by herself, Wilmer Stultz, and Louis Gordon. After landing in Wales the next day, Earhart instantly became an international celebrity. She was a symbol of what women may achieve and a media sensation.

After that, they started calling Amelia Lady Lindy. Her international fame improved public acceptance of aviation. As her popularity grew, even more, Amelia wrote books and offered many conferences encouraging women to become pilots.

She then undertook a series of solo flights across the United States. In 1931, she married George Putman, a famous editor. At that time, she also helped organize one of the first airlines in America.

As we mentioned above, a group of pilots piloted Amelia Earhart’s journey across the Atlantic Ocean in 1928. Since that day, this groundbreaking pilot dreamt about crossing it alone. Now that’s the epitome of resilience!

At last, Earhart made history with the first solo flight across the Atlantic Ocean four years later. She crossed it in May of 1932. Her flight in her Lockheed Vega from Newfoundland to Northern Ireland was completed in a record time. She became the first woman ever to pilot this journey.

By this time, the highly empowered Earhart was a national idol and a feminist movement leader. And, in 1937, she sought to become the first woman ever to fly around the world.

Sadly, with 7,000 miles remaining to effectively reach their destination, the airplane lost radio contact. It disappeared. She was never found, despite an extensive search. That’s how Earhart’s tragic legend ended, filled with mysteries and speculations.

Even aviation icon Amelia Earhart had to stray away from the clichés of her time. In addition to her training as a pilot, she had to overcome a few boundaries. She set herself both physical and physiological boundaries when trying to become a pilot.

As a matter of fact, professions in aviation are highly generalized. Not just for pilots, but also for cabin crew members. During a major part of the history of aviation, it was more than obvious: men could be pilots and women could be stewardesses. This was pretty sexist.

Believe it or not, even in 2016, a sexist situation occurred. Two women piloted a Miami – Buenos Aires commercial flight. A group of passengers delayed the flight for an hour because they refused to be flown by women without male supervision. This incident had major coverage.

Women have long been operating both commercial and military airplanes. And, the first pilot’s license for a woman was granted on March 8, 1910. Simply amazing. Just as in other professions, it seems stereotypes have always been a part of life. But we did everything in our power to overcome them.

Today, we’re obliged to remember Amelia Earhart’s achievements. This amazing pilot paved the way for female aviators. Perhaps after learning all about her compelling story and others who came after her, society will stop questioning women.

Louis Armstrong, Biography of a Jazz Musician
One of the anecdotes that Louis Armstrong most remembered took place in the 1930s when he began a tour with his musicians. Read more »
Link copied!
Interesting Articles
Biographies
Biography of Jean Laplanche: From Philosophy to Psychoanalysis