All about General Adaptation Syndrome

General adaptation syndrome is a bodily response to stress that has three stages. 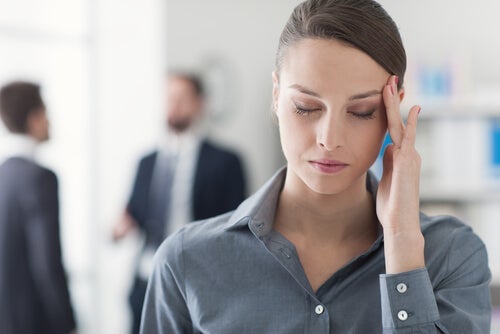 Hans Selye, professor and director of the Institute of Experimental Medicine and Surgery in Canada, introduced the concept of general adaptation syndrome (GAS) in 1950. He based it on various studies such as those by Claude Bernard, Frank Hartmann, and Cannon. This is because the scientist tried to establish a network of different concepts that could explain the stress response in humans.
Thus, Selye’s study considers stress not only a physiological process of adaptation but also a process that leads to disease.
The goal of the study was to search for new ovarian hormones. To do so, Hans injected a solution of extracts from cow ovaries into rats. As a result, he obtained an enlargement and hyperactivity of the cortex of the adrenal glands. In addition, some organs of the immune system (spleen, thymus, and lymph nodes) decreased in size. The solution also caused ulcers in the rats’ stomachs and intestines.
From this and other studies, Selye considered that there’s a pattern in the stress reaction. Thus, it stays the same regardless of the stimulus that’s causing it. As you can see, general adaptation syndrome integrates various closely related adaptive bodily reactions.

“Adaptability and resistance to stress are fundamental prerequisites for life and every vital organ participates in them.”
-Hans Selye-

The stages of general adaptation syndrome

The onset of the hazard or threat occurs in this stage. Thus, the organism begins to develop a series of physiological and psychological alterations that predispose it to confront a given situation.

To adapt, the body sets adaptation processes in motion to counteract stressful situations. Thus, the goal of allostasis is to allow the body to reach homeostasis or a return to balance.
Homeostasis is the stability of the physiological systems that support life. These are coordinated physiological processes that operate to keep most states of the body constant. Walter Cannon defined this concept in the early 20th century. Also, he stressed the importance of activating the sympathetic nervous system.
One could define the allostatic load as the cumulative wear that occurs in different systems after a prolonged or poorly regulated response. Thus, this is the price the body pays when forced to adapt to adverse circumstances, both psychosocial and physical.

Allostasis compensates for various problems, such as heart, kidney, and liver failure.
Thus, Sterling (2004) proposes that six interrelated principles are behind allostasis:
Thus, general adaptation syndrome is an example of how stress is the origin of certain pathologies. Many stressful stimuli can cause this syndrome in your daily life, which is why it’s important to know about their existence and occurrence.
Executive Intelligence – Characteristics
When we think of intelligence we usually envision academic intelligence. Bu it doesn't include everything; executive intelligence, for instance. Read more »
Link copied!
Interesting Articles
Clinical Psychology
Attachment Styles and Emotional Memory: When We Cling to Pain

Childhood depression affects as many children as it affects adults. However, it's important to know how to make a good…